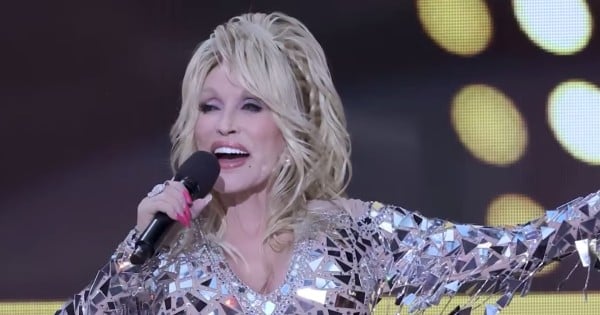 This year’s Rock and Roll Hall of Fame nominations included Dolly Parton, which came as a surprise to some. And apparently, that included the country icon herself. And you can’t help but respect Dolly for what she did next!

There’s no doubt Dolly is an incredible musician with a successful career spanning multiple decades. She’s won multiple awards and some of the best Dolly Parton songs include hits like “9 to 5” and “Here You Come Again” and of course the famous Dolly Parton and Kenny Rogers duet, “Islands in the Stream.

RELATED: At The Academy of Country Music Awards, Dolly Parton Asks to Pray for Peace for Ukraine

But most would agree Dolly is a country music star, not a rock and roll artist.

#RockHall2022 Nominee @DollyParton is one of the few individuals historically nominated for all 4 awards that make up an EGOT: The Emmys, GRAMMYs, Oscars and The Tony Awards #ArchivesHashtagParty #ArchivesTrailblazers pic.twitter.com/FtzzNu8zPb

However, the Rock and Roll Hall of Fame nominations don’t actually require an artist to fall under this particular music genre. In fact, the Hall of Fame has previously inducted the likes of Johnny Cash, Hank Williams, Brenda Lee, and Chet Atkins

Eligibility for the Rock and Roll Hall of Fame nomination has more to do with time. The only official requirement is that the release date of the artist’s first commercial recording falls 25 years before the nomination. From there, considered factors include things like the length and success of an artist’s career, their influence on other musical artists, and mastery in their chosen style.

So, Dolly Parton may not be classified as a rock and roll star. But based on the organization’s criteria, she makes a suitable candidate. The other Rock and Roll Hall of Fame nominations alongside her were:

However, Dolly Parton surprised everyone with a bold move following the announcement of the Rock and Roll Hall of Fame nominations. She humbly bowed out!

For Dolly, the distinction between country and rock and roll matters. So, the humble lady graciously withdrew her name from consideration.

“Even though I am extremely flattered and grateful to be nominated for the Rock & Roll Hall of Fame, I don’t feel that I have earned that right. I really do not want votes to be split because of me, so I must respectfully bow out,” she announced.

But that doesn’t mean Dolly Parton is opposed to the nomination forever. The country music legend went on to share her hopes of venturing into the rock and roll genre in the future.

RELATED: Dolly Parton Shares How God Urged Her To Record A Christian Song

“I do hope that the Rock & Roll Hall of Fame will understand and be willing to consider me again – if I’m ever worthy,” she wrote. “This has, however, inspired me to put out a hopefully great rock ‘n’ roll album at some point in the future, which I have always wanted to do! My husband is a total rock ‘n’ roll freak and has always encouraged me to do one. I wish all of the nominees good luck, and thank you again for the compliment. Rock on!”

This Christian Celebrity Has High Standards

This isn’t the first time Christian celebrity Dolly Parton has graciously declined a commendation based on principle. The star’s home state of Tennessee wanted to erect a Dolly Parton statue on the Capitol grounds in Nashville. But Dolly politely requested the plans be put on hold as the timing didn’t feel right.

Though many fans undoubtedly would have loved to have seen Dolly Parton inducted into the Rock and Roll Hall of Fame, you can’t help but respect the integrity she’s shown in bowing out from the nomination.

Fame can easily bring with it a sense of entitlement. But that’s not the case with Dolly! The down-to-earth country girl doesn’t want anything given to her she feels she hasn’t earned.

YOU MAY ALSO LIKE: Get Ready For Some Mighty Worship With ‘There Was Jesus' By Zach Williams And Dolly Parton

And on the bright side, now we get to eagerly await Dolly Parton’s very first rock and roll album!