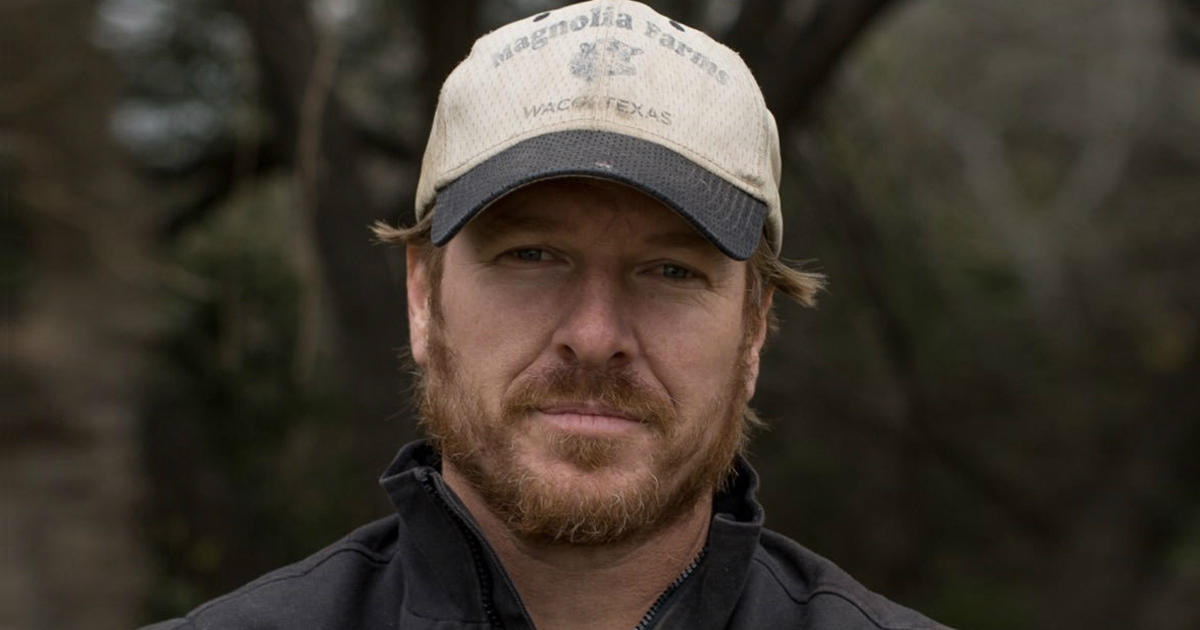 Some of 70-year-old Elise Ryan’s neighbors knew the challenges she faced. However, one clearly didn’t. They left an anonymous letter suggesting Elise “show some pride” and clean her lawn. But the note shaming Grandma is an important reminder of what can happen when you’re too quick to judge. And how sometimes, you just don’t know what other’s may be going through.

Elise Ryan who’s resided in her New Jersey home for 40 years hasn’t had much time for yard work. As a widow of eight years, she could probably use a hand anyways. But lately, she’s had bigger things on her mind.

RELATED: 100 Strangers Stepped In When Teens Wanted To Burn Down An Elderly Man’s Decrepit House

Like, for example, her 10-year-old grandson who’s in a fight for his life battling a brain tumor. 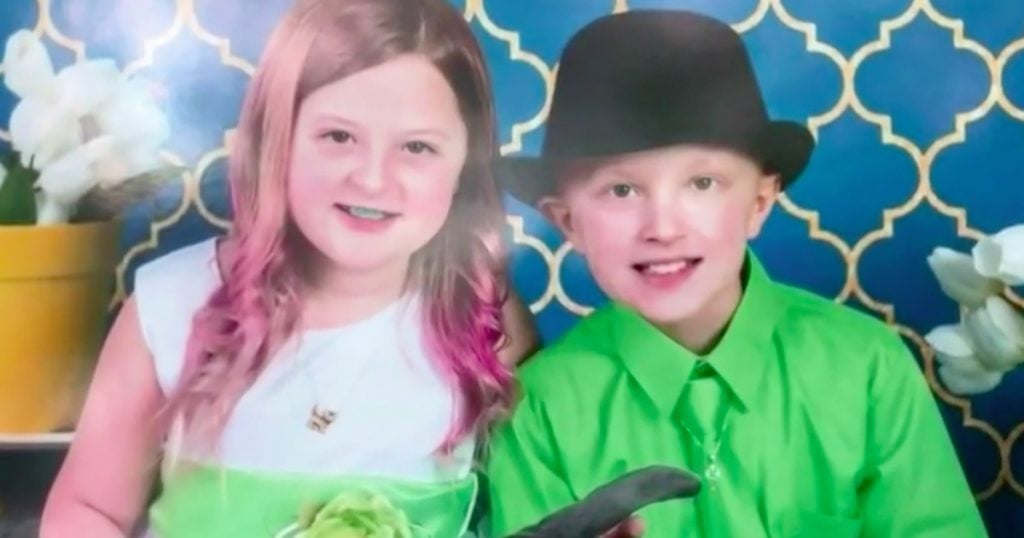 Apparently, someone in the neighborhood didn’t know what Elise was going through. Or worse, they didn’t care. The person slipped an anonymous note into the Grandma’s mailbox, chastising her for not keeping her property up to snuff with the secret bully’s standards. 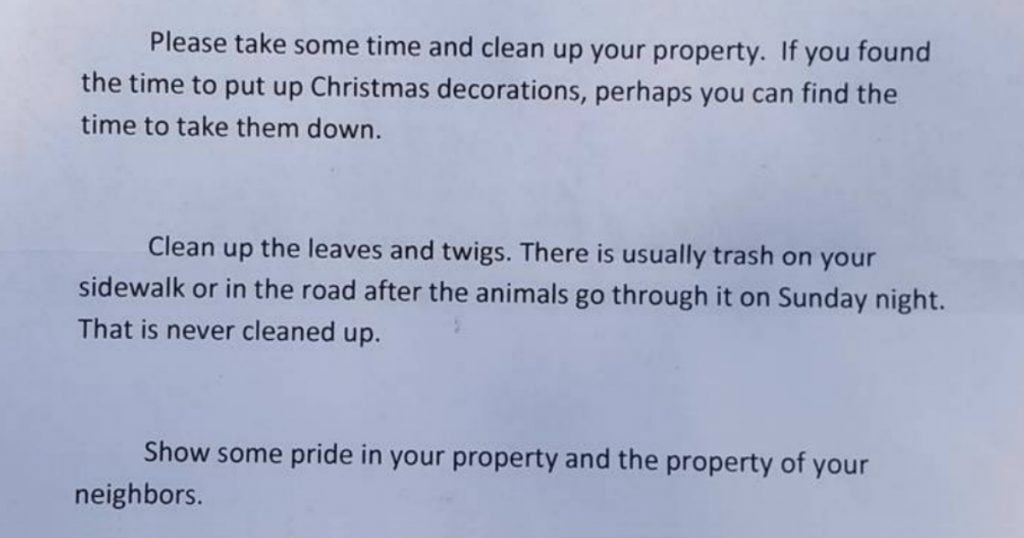 “Show some pride in your property and the property of your neighbors,” the note read, after blasting Elise for her unkempt yard.

The nasty words stung as Elise read them.

"I was hurt and I couldn't imagine who would do that," she said. "Unfortunately, this is a very bad time in our life and, yes, I am slower than usual."

When she told her family, they were livid. They knew Elise had dropped everything to help her kids and grandkids. The note shaming Grandma was petty in the best of situations. But in this one, it was unacceptable.

Elise’s family decided to post signs on Grandma’s fence, letting the nosy neighbor know exactly why Elise was too busy for yard work.

"To my neighbor who left me a nasty letter about my yard in my mailbox and didn't sign it,” the bright, orange signs read, “my priority is my 10-year-old grandson who has been in the hospital fighting for his young and precious life. I have been busy caring for his twin sister and their house and pets! I pray that next year all of my priorities are as simple as leaves and twigs." 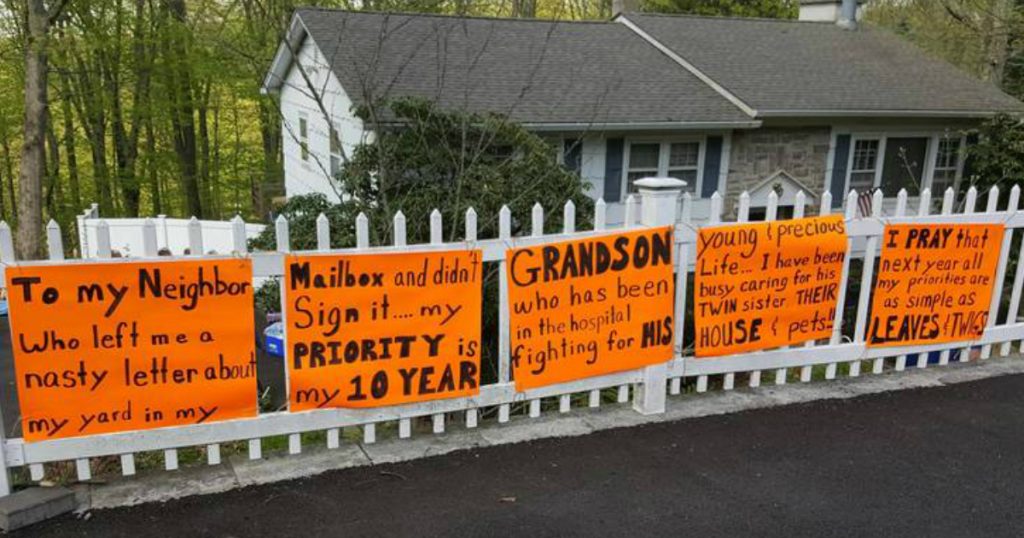 But Elise and her family weren’t the only ones outraged by the note shaming Grandma.

After Elise’s daughter, Alyssa Adonis, posted the letter on Facebook, volunteers came out in droves to tend to the Grandma’s property. Helpers included members from her grandson’s school and sports teams.

After such a nasty letter, it was one of those moments that restores your faith in humanity. The outpouring of kindness for Elise overjoyed one of her supportive neighbors from across the street, Joan Starego.

“I’ve known this lady for 40 years,” she said. “She would give the shirt off her back.”

And one of the volunteers, Christine O’Connor, hopes the day of service sets an example for the neighborhood.

"Regardless if it's cancer or if it's something else, you don't know what somebody is going through. Maybe they've just been sick, maybe they're going through anything. You never know," she said.

As for Elise, the community’s support deeply touched her heart. And the wise lady realizes that, though the secret bully’s words hurt, ultimately it’s “their problem, not mine.” She’s not holding any grudges against the author of the note shaming Grandma.

“Whoever it is, I forgive them,” she said.

Please keep Elise’s 10-year-old grandson, Matt Adonis, in your prayers as he continues to battle cancer.

“But may the righteous be glad and rejoice before God; may they be happy and joyful. Sing to God, sing in praise of his name, extol him who rides on the clouds; rejoice before him-his name is the LORD. A father to the fatherless, a defender of widows, is God in his holy dwelling.” Psalm 68:3-5

YOU MAY ALSO LIKE: Plus-Sized Mom Receives A Hateful Letter After Wearing Leggings