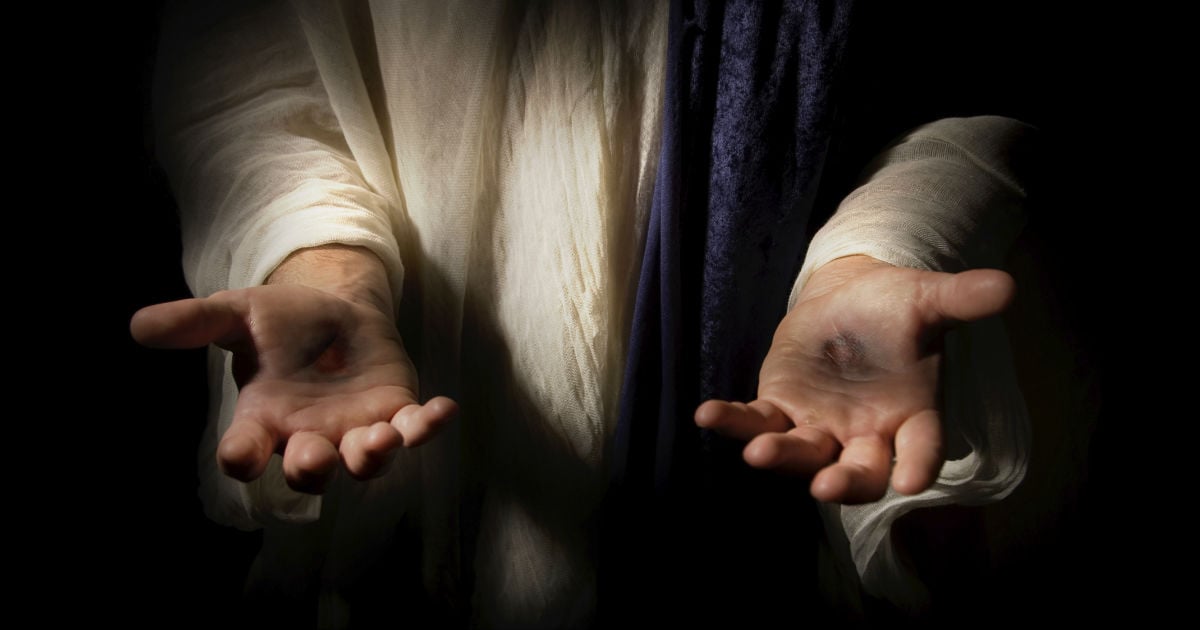 Believe In The Gospel

The word of God has incredible power. And because of this, the Bible is so much more than just a book. It contains the word of God, and has amazing power itself.

When Calvin May served as a Correctional Officer in the Idaho state prison, he made sure he was never without his Bible. And now, 35 years later, he's opening up about the terrifying day that very Bible saw him through the 1980 state pen riot! 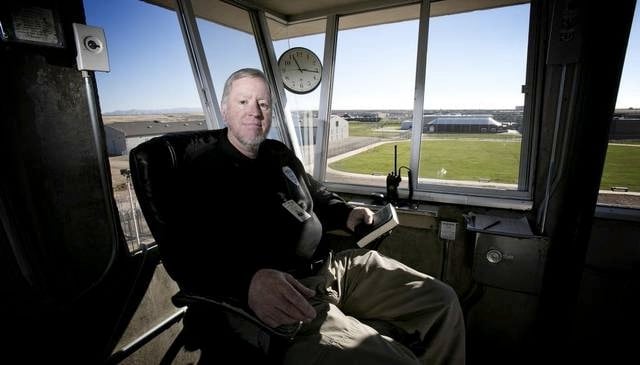 As a young man, Calvin left college to serve in the Army. And that is where God introduced two of the most important things in Calvin's life — his wife, Shannon, and a Bible he bought on impulse at an airport gift shop.

During a trip to visit with Shannon's parents, the couple made a stop in Boise to see a friend who worked at the Idaho State Correctional Institution. Calvin spent the day at the prison, and became interested working there as well.

In 1979, he got his wish and was hired as a correctional officer at the prison. Calvin explains that a lot has changed in prison procedures since then, but at the time he started, there was a lot to be desired in the way of training. In fact, it was an inmate that taught Calvin how to do the different checks and duties required of the officers.

Ten months later, Calvin was working as a relief officer, meaning he was pulled in wherever additional coverage was needed. He was 26 years old, with an 18-month-old son and another baby on the way. Therefore, the King James Bible he'd picked up a few years back at the airport gift shop on a whim had become something he carried with him every day to work. Little did he know, God was about to reveal the very special purpose that Bible had as he headed into work on July 23, 1980. 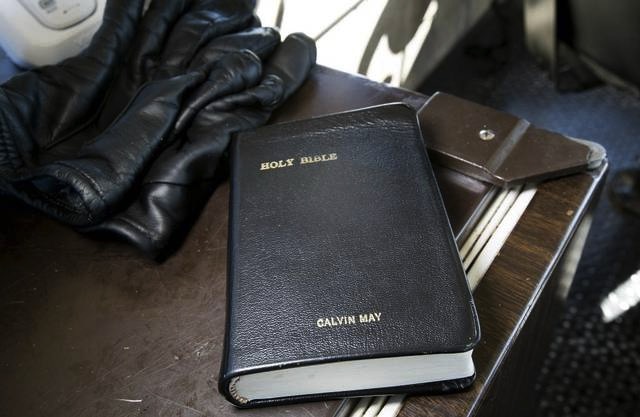 Calvin was called into the medium-security Unit 13 to cover for an officer who'd gone on vacation. Unit 13 had only been open for three months, making it the newest unit in the prison. And with plenty of thick glass windows in the newly designed building, there was no reason for Calvin to anticipate any trouble.

"The department was told this is a state-of-the-art building that is riot proof, and if an officer is in the office he will always be safe."

Though bartering in the prison was not allowed, prisoners would do so in secret. Because of this, officers would conduct searches from time to time, and confiscate any "illegal" property the prisoners may have acquired through trade. So, while the day started out just like any other day for Calvin, little did he know officers were conducting one of these "shakedowns" in another unit.

As the officers wheeled the confiscated goods across the prison yard, it left the inmates fuming. By noon, their fury broke loose and some of the prisoners started breaking windows. Before long, it turned into a full-blown riot.

Being that it was 1980, there were no cellphones or pagers to get word out immediately. The prison still relied on land-lines and a phone list as the primary means of communication. And unfortunately for Calvin, Unit 13 was so new, it had not yet been added to the phone list. While all other units were alerted of the riot and told to evacuate, word never reached Calvin. He had no idea of the violence and chaos that was headed his way. 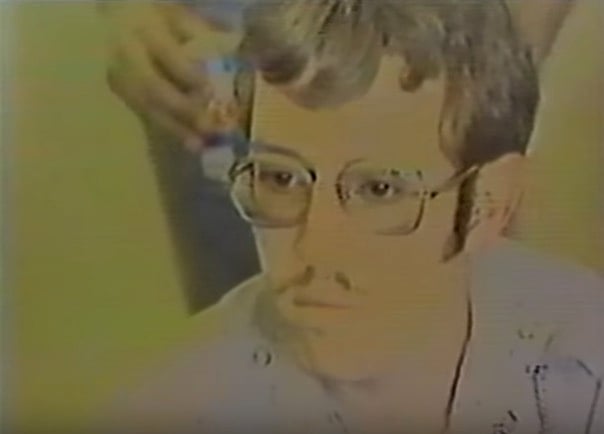 He finally got word when several inmates who had no interest in participating in the riot burst into Unit 13 looking to hideout. For a moment, Calvin had a glimmer of hope when he remembered the escape hatch on the roof. However, he quickly learned the hatch had been welded shut to ensure prisoners did not ever try to use this as a means of escape in a prison break.

Calvin called the command center and learned that he was the only officer left in the building, except for Officer Lynart Orr, who had been taken hostage. Command instructed Calvin to stay in the office, and to check in every 15 minutes while they devised a plan to rescue him. But it didn't take long for the rioting prisoners to make their way to Unit 13. And somehow, despite all of the security features boasted to be in this new unit, a deadbolt was never installed on the office door. 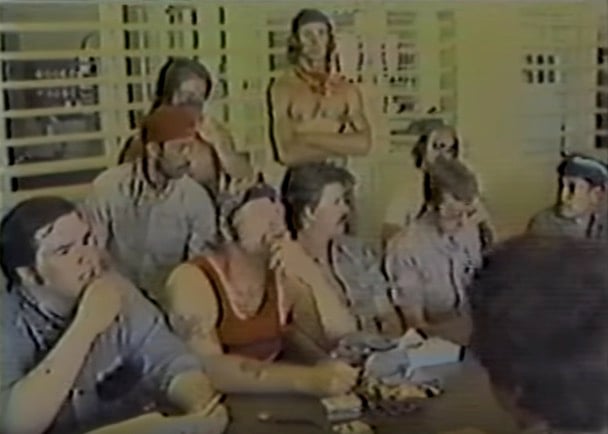 "They broke through the front door pretty fast," recalls Calvin. "They just jimmied the door. I called control in a panic."

Calvin was told to head to the basement to lock himself in a closet, which he did. But things went from bad to worse, and Calvin could hear the inmates coming down the stairs in search of him.

"I thought I was done. I thought they would just kill me. I could not process the information and come up with a different conclusion. I start praying. I prayed to God. I said, ‘Protect my wife, my son and my unborn child.'"

A group of inmates surrounded Calvin and took him upstairs. The terrified officer kept quiet while the men argued about what to do next. Calvin describes it as utter chaos. 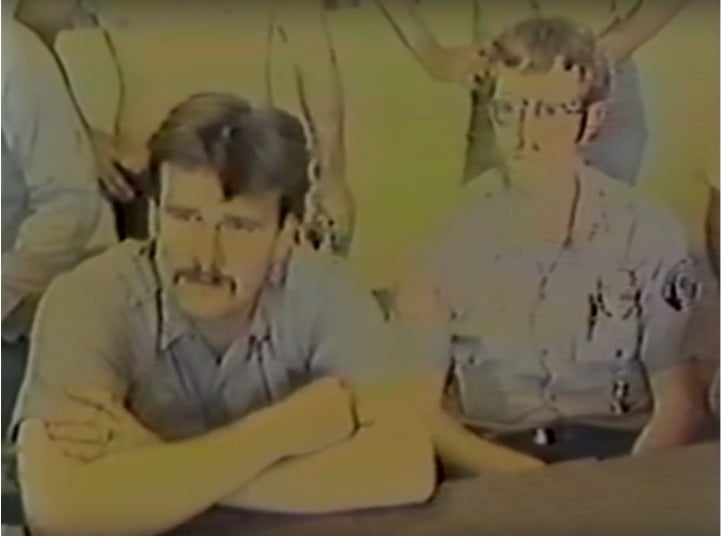 They finally decided to take Calvin to the same cell where they were keeping their other hostage, Officer Orr. As he sat, uncertain of what would happen next, he pulled out the Bible he carried with him every day and prayed, "God, give me a good scripture to read."

He turned to Mark 1:14-15, which reads, "Now after that John was put in prison, Jesus came into Galilee, preaching the gospel of the kingdom of God, and saying, The time is fulfilled, and the kingdom of God is at hand: repent ye, and believe the gospel."

"The second I read those two verses, my whole demeanor just totally, completely and utterly changed," Calvin said. "I just knew in my heart of hearts I was going to get out of there safely. It was a spiritual experience. I just felt free to take it all in. To go with whatever happened. I came to grips with the understanding that this was going to turn out OK and I was going to go home safely."

Fighting amongst the inmates on what to do with the two hostages continued. Some wanted to kill them. Others wanted to use them as a negotiating tool. But despite the discord, Calvin and his fellow officer were treated well. They remained unharmed and Calvin was even permitted to call his wife to let her know he was okay. 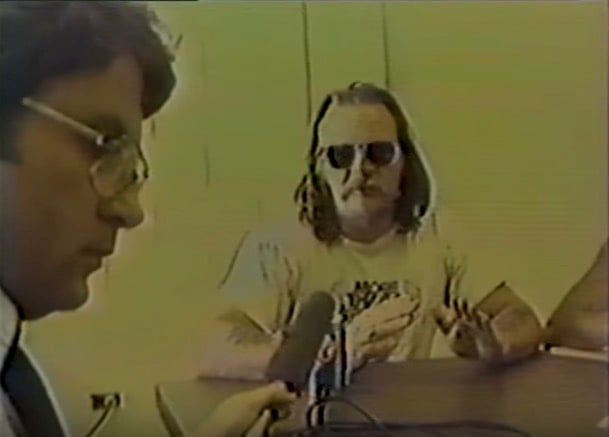 As the inmates spoke with reporters about their demands — — they came into the cell to watch themselves on TV. That is how Calvin learned the extent of the riot. The prisoners had broken glass, destroyed equipment, and set fires, burning at least 8 vehicles. The hot July sun heated outside temperatures to 100 degrees, adding to the fervor of the situation. 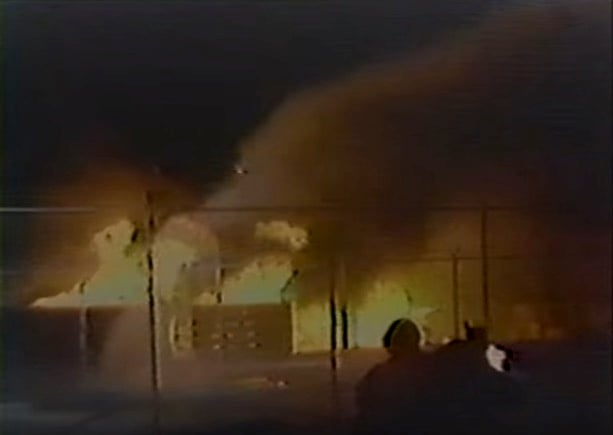 Finally, seven hours after he'd been captured, Calvin was released. He was greeted by the sound of clapping and cheering as he walked out of the prison gates, a living testament of God's promise of safety.

Officer Orr remained hostage, but as infighting increased amongst the inmates, a few prisoners reached out to prison officials and arranged for a rescue. In the early dawn, a 17-person commando squad slipped into the penitentiary and liberated Officer Orr, putting an end to the 18-hour standoff.

"I was not harmed. The other officer wasn't harmed," Calvin said. "Nobody was harmed, which was a miracle, because you have close to 500 inmates rioting and they are under the influence of any kind of substance they can get. ... It is very volatile to have 500 inmates all loose at the same time with no accountability."

Praise God, who always makes good on his promises!

This incident resulted in much reform in the prison system in order to correct the mistakes that led to that fateful day. As for Calvin, the experience underlined the importance of following the Golden Rule to treat others as you would treat yourself:

"It works in prison. You cannot fake that. If you are not genuine, the inmates know instantly."

He has continued to work at the prison for the past 35 years, and says the events of that day made him a better correctional officer. It helped him to recognize that most inmates will be released back into society one day. He realized that, as an officer, he plays an important role in helping prisoners to analyze their behavior and make the necessary changes to improve their life.

"I see this job as a calling. Not everybody does. I do everything I can within the bounds of the rules to help people succeed. It is incredibly gratifying. For me it is an opportunity. I have an opportunity to steer people in the choices they are making." 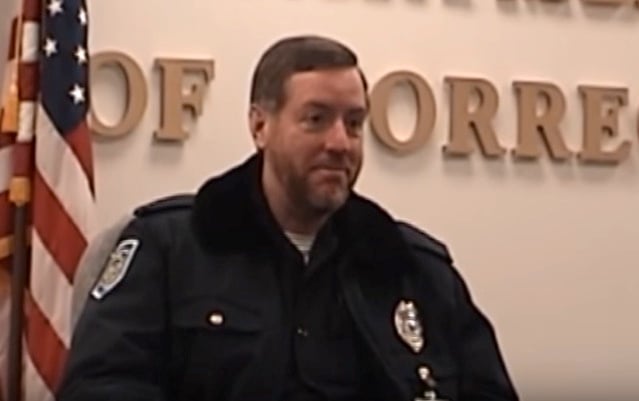 And aside from the lessons he learned, there is something else Calvin continues to carry from that day — his Bible. Throughout the years, the cover took a beating and became tattered. Still, Calvin refused to spend one single day in the prison without it. He waited until he was on vacation to have the Bible cover repaired.

"I am just grateful and thankful, because God has protected me all these years that I have worked here."

Eager to hear more about the power of the Bible? Then read about this World War II prisoner of war who considered his Bible to be his round-trip ticket home!