As the deadly toll of the California wildfire continues to climb, one officer found a tiny sliver of hope amid the destruction. Buried in the rubble where his home once stood, he found a "miracle" - his wife's wedding ring emerging like a needle in a haystack.

When the fire broke out, Jake Olsen, a state Fish and Wildlife officer, rushed from his own home to help residents at a nearby retirement community. His partner hid under a fire blanket as they sped through the dangerous fire to help those who wouldn't be able to help themselves. Jake's wife and four children also had to evacuate their home in Paradise, CA when the Camp Fire overtook their entire community.

Days after the wildfire destroyed the entire community of Paradise, Jake returned to his home to assess the damage. It was a total loss. A stunned Jake stood in the midst barely able to believe what he was seeing.

"You can't understand it unless you're here. You can't fathom it in your mind–it's just too much to take in." Jake shared.

The fire, which ravaged his own home, also claimed the homes of his mother and father, his wife's parents, grandfather, uncle and sister. His entire extended family–now all living under one roof. But even though they lost everything, he's grateful for the safety of his family, and the support of his church family.

"We have a church family, and they've provided a house for us," Jake shared. "There's five households that are staying in the house together, and they've brought us clothes and food, and we're good. We're very lucky to have that family."

Wife’s Wedding ring Is A Glimmer Of Hope

California has been ravaged by multiple large fires this year, starting in January with the Thomas Fire. Then in July, there was the Mendocino Complex fire. The Carr Fire was in August and now there have been three fires in November.

Atmospheric conditions in the state have meant that hot temperatures and high winds combined with an abundance of dry underbrush create the perfect circumstances for fires to grow. So far, 6,700 buildings–mostly homes–have been destroyed, and more than 25 lives were lost. 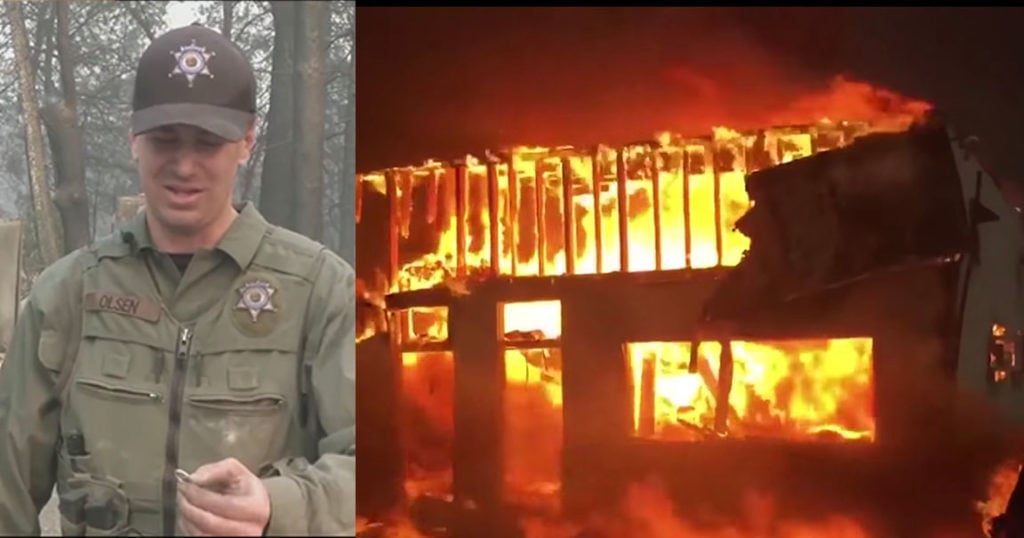 Finding his wife’s wedding ring now serves as a glimmer of a silver lining. He calls it a miracle that this symbol of their marriage would survive the fire.

YOU MAY ALSO LIKE: Grandpa In Heaven Helps Man Find Hidden Treasure In Rubble Of Intense Fire