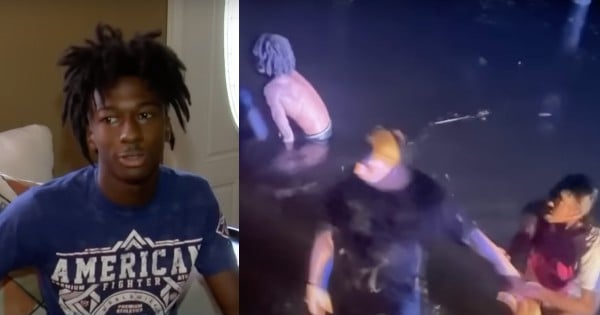 A Grubhub order for takeout included a woman’s desperate plea for help in the special instructions. Thankfully, the restaurant noticed and it ended up saving the woman’s life!

It was in the early morning hours, around 5 a.m., when the Chipper Truck Cafe in Yonkers, New York, received an order for takeout. It was a Grubhub order that included additional instructions. Instead of something like, ‘use back door,' or ‘please add extra onions,’ this note instructed the servers to ‘call the police but don’t make it obvious.'

RELATED: Woman Calls 911 to Order Pizza But Operator Realizes It's Really A Discreet Cry For Help

Instead of ignoring the note, the servers took the instructions seriously. They could tell the person wrote the note in a hurry.

Note On Order For Take Out Saves A Life

The special instructions on the order for takeout certainly suggested someone was in trouble. But what the restaurant didn’t know was that a 32-year-old man had kidnapped and assaulted a 24-year-old woman. The woman who was rescued from this terrible nightmare was able to get her captor to agree to ordering food because she convinced him she was hungry and needed to eat.

RELATED: Anxious Woman Slid A Note To Veterinarian Begging Them To Call The Cops

The owner of the store is relieved her employees stepped in and helped. She said she values her customers and trains her employees to pay attention to the extra instructions because she doesn't want to mess up anyone's order. "We could see that it was someone that was in distress," said the owner Alice Bermejo.

Let's praise God for a life saved from what could’ve been a terrible ending. May we remember that anyone working in the food service industry can be a lifeline.

YOU MAY ALSO LIKE: Barista Writes Secret Note On Starbucks Cup Of Coffee To Make Sure Young Woman Is Ok

A friend of the rescued woman called the restaurant to thank them for saving the woman's life and to thank them for taking action to help their friend. Now, this tragic story is going viral because we all hope it can be a tool to save someone else's life too. A message is worth a thousand words if we're willing to pay attention!