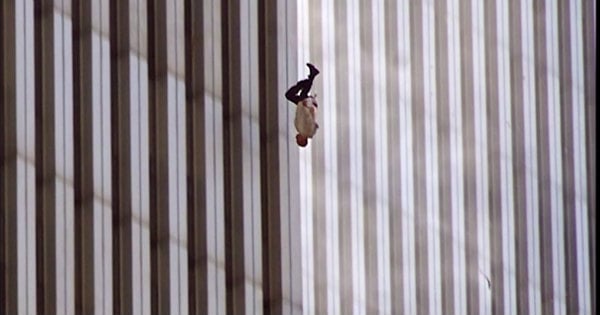 Story Behind Pic From September 11 Photos That Was So Sad, Newspapers Only Published It Once
Read Article »

Though his dad desperately tried to find him during the Oregon wildfires, rescuers later uncovered the body of 13-year-old Wyatt Tofte. And he wasn’t alone. Now, after such a horrific tragedy, this family needs all of our prayers.

At first, when the Oregon wildfires broke out, the area where the Tofte family lives seemed safe. But before they knew it, the Beachie Creek Fire, which started out small, suddenly and, seemingly overnight, became one of the most destructive wildfires in Oregon history.

The community went from no evacuation orders to “get out now” in just a matter of hours. And it spelled disaster for so many, but especially for 13-year-old Wyatt Tofte and his family.

It was the middle of the night and the winds were high when the power went out at the Tofte house. Wyatt’s father, Chris, left the home to go out and get a generator. But while he was gone, the Oregon wildfires swiftly descended upon the community and his home, aided by the high winds.

“I don’t think anybody understands how quickly a fire travels,” said Susan Vaslev, who is kin to the Tofte family, as she recounted the events of that fateful day.

Chris’ wife, Angie, woke up to find the house surrounded by flames and on fire. She raced to load the pets and her 71-year-old mother, Peggy Mosso, into the car.

However, Peggy had recently broken her leg. In fact, her scheduled surgery was only a few days away. Therefore, her mobility was greatly impaired.

As the flames continued spreading and surrounding the vehicle, Angie realized the best chance 13-year-old Wyatt Tofte had at survival was to take off on foot. She told her son to take his beloved dog, Duke, and run to safety. She stayed behind to help Peggy get to the car.

As the flames kept coming, Angie wasn’t able to drive the car.

It soon became clear Angie wouldn’t be able to drive the car, So, Angie had to make the heartbreaking decision to leave her mother behind as she set out, hoping her son’s 10-minute head start meant he would make it to safety.

Father Races To Save Family In Oregon Wildfires

As the flames quickly descended upon the Tofte household, Chris was desperately trying to get back to his family. But authorities had set up blockades all over the roads because of the sudden advance of the Oregon wildfires. This impeded the desperate father’s attempts to get home.

Realizing his family was still in the danger zone, Chris finally just blew through one of the blockades, refusing to stop. He drove right into the inferno, stopping first for a man who’s arm was badly burned. Chris offered to drive the man to safety after he located his son. But when the man heard Chris first planned to drive deeper into the Oregon wildfires, he declined, doubting Chris would survive.

Chris Tofte continued on until he came upon a badly burned woman wearing only underwear. The flames had singed her hair, turned her mouth black, and badly burned her bare feet. If she’d been wearing shoes at all, they’d long since melted off.

Just like with the man before, Chris explained he would drive her to safety. But only after first rescuing his mother-in-law, son, and wife. And the burned woman gave a chilling response.

The Oregon wildfires had burned Angie so badly, Chris didn’t even recognize his wife of 24 years.

Chris Tofte drove his wife back to the blockade and handed her over to the paramedics. Then, he turned back and resumed his search for Wyatt and Peggy.

By then, though, the Oregon wildfires had spread even more. He wasn’t able to make it nearly as far down the road and had to dodge falling trees along the way. Chris finally had no choice but to wait until the fire was under control before resuming his search. 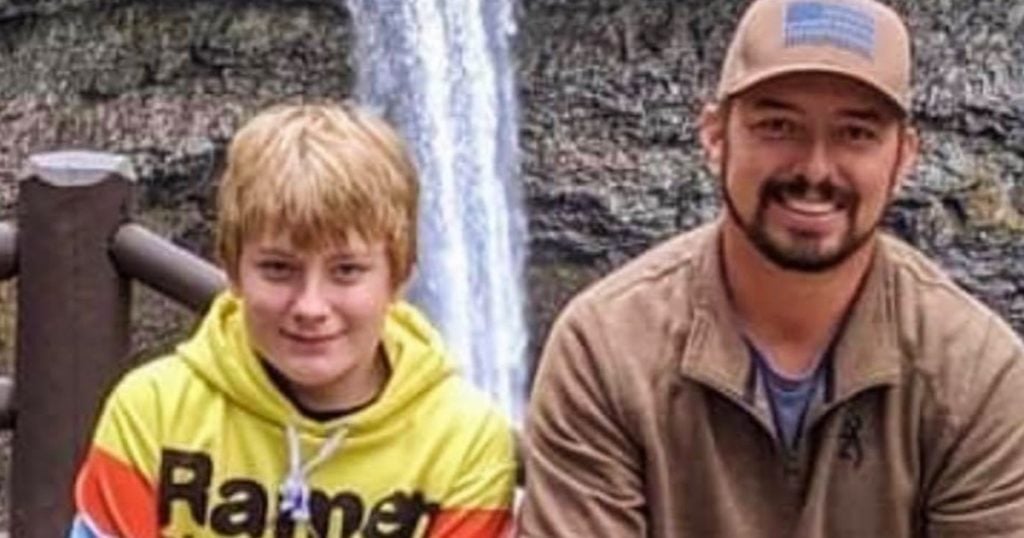 Chris spent the next two days searching for his son, with help from the community and rescue crews. Photos of 13-year-old Wyatt Tofte circulated across social media, pleading for any information about his whereabouts.

Tragically, the Marion County Sheriff’s deputies uncovered the body of Chris’ son inside a vehicle. Beside him was his loyal dog, Duke.

We’ll always have more questions than answers about what happened next. But the family says 13-year-old Wyatt Tofte went back to try and drive his grandmother out of the flames.

“We don’t know exactly what happened but Wyatt ended up going back to the car and tried to drive his grandmother out,” the boy’s great-aunt Susan Vaslev explained. “He attempted to drive that car and the roads were so hot that it burnt up the tires. So, he wasn’t able to drive it to safety. He did not make it out of the fire.”

Peggy’s body was also found inside the vehicle with Wyatt’s.

Prayers For A Broken Family

Angie remains in the hospital in critical condition, recovering from burns to her feet, arms and back. But the most difficult part of her recovery will be coming to grips with the loss of her mother and son.

Friends, family, and the community are rallying around Chris and Angie Tofte as they struggle to cope with such a terrible tragedy. In one night, their lives changed forever. They’ve lost everything they own along with two dear loved ones.

As they recover, donations pour in to help with medical bills, funeral expenses, and replacements of physical items lost in the Oregon wildfires. Of course, no amount of money will ever replace the loss of life they’ve experienced. But those giving hope the donations will at least help ease some of the financial burdens.

What Christopher Tofte experienced while searching for his family in the Oregon wildfires is like something out of a movie. In fact, I wish it was a movie — a work of fiction, rather than the real-life tragedy it is.

YOU MAY ALSO LIKE: Turia Pitt Unmasked: The Story Behind What Happened When A Woman Was Trapped by a Wall of Fire

But sadly, both darkness and light exist in this broken world. And that’s why we all need to be the light right now, praying for families like the Tofte’s who’ve been devastated by the Oregon wildfires.