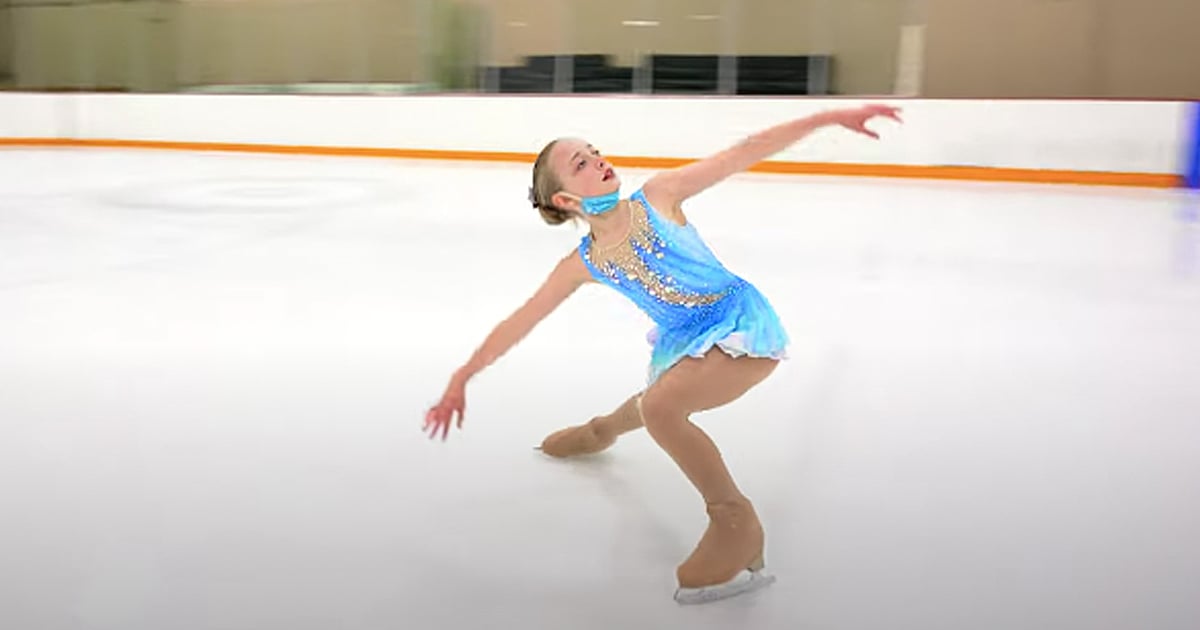 A spiteful dad paid with pennies when his final child support payment came due. But his daughter, Avery Sanford, and her mom found an amazing way to turn things around!

18-year-old Avery Sanford was in the middle of a class during virtual learning at home when a vehicle hauling a trailer pulled up to her house.

RELATED: Spiteful Employer Owes A Man His Last Paycheck And Pays With Pennies Covered In Oil

It turns out, the man driving the vehicle was Avery’s dad. He’d shown up to make his final child support payment. But the spiteful dad paid in pennies, dumping more than 80,000 coins in front of his ex’s house.

Avery’s mom, Raven, ran outside, not immediately recognizing the person dumping the coins. She asked, “What are you dumping in my yard?” And that’s when the man’s identity became clear.

Avery Sanford hasn’t spoken to her father in years. Still, the cruel act stung. And it only validated her decision to keep him out of her life.

“It’s not just my mom he’s trying to embarrass, it’s also me and my sister and it’s upsetting that he didn’t consider that before he did that,” the teen explained. “It’s really hurtful and damaging to your kids when you do things like that. It doesn’t matter if they’re young or an adult, the actions of your parents will always have some effect on you.”

When this dad paid in pennies for his final child support payment, the act said a lot about his character. But Avery’s and her mother’s response says a lot about theirs, too.

Avery and her mom could have given into anger and tried to retaliate in some way. But instead, they came up with a way to bring something positive out of such a spiteful situation.

After sorting through all the coins, Avery Sanford and her mom donated every cent of the final child support payment paid in pennies to a local domestic abuse center called Safe Harbor.

“Turning around and donating that money to moms and children in need, I feel like that really turns this situation into a positive. You can learn from it,” Avery said.

RELATED: Daughter Pens a Brutally Honest Essay About Her Dad And He Can't Stop the Tears As He Reads It

The positive news story could have easily ended there. But what happened next, 18-year-old Avery Sanford and her mom, Raven Sickal, never expected!

After Avery’s story went viral, stranger’s from all over the world began making donations to Safe Harbor in the teen’s honor.

Act Of Kindness Goes Viral And Inspires Strangers To Act

With more than $47,000 worth of donations rolling in, Mary calls the spike in giving a “blessing for so many of our survivors.” And God’s hand in all this is evident with the funds coming at a time when they are needed most.

“The timing of this could not be better,” Mary explained in reference to cuts in government funding due to the COVID-19 pandemic. “We are just beyond grateful.”

It shows how God can take something intended for harm and use it for a greater good. This dad paid child support in pennies as a way of getting back at his ex. Yet, now that money is helping other families escape unhealthy and dangerous environments.

And the unexpected outpouring of support has blessed Avery and her mom, too.

“When I read about the donations, I sobbed,” said Sickal. “It made both of us very emotional. This reach has been amazing and the thoughtfulness and kind gestures have been beyond anything we expected. We just wanted to turn this around and that’s exactly what we did.”

YOU MAY ALSO LIKE: Texas Waitress Gets Stiffed On Mystery Diner's $2,000 Tip But Ends Up Getting Money After All

In situations like these, it can be hard to take the high road. Kudos to Avery Sanford and her mom for following the words of Romans 12:21 and overcoming evil with good!

“As for you, you meant evil against me, but God meant it for good, to bring to pass, as it is this day, to save many people alive.” Genesis 50:20

WATCH: Child Support Paid In Pennies Is Used For Good