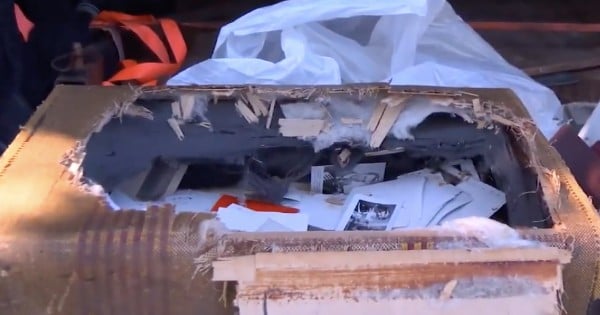 In this positive news story, a paralyzed bride walks down the aisle even though doctors said she’d never walk again. They also said she’d never have any more kids, yet she’s pregnant. And Brittney Bedwell’s inspiring story is a powerful reminder of why we should never give up!

In 2017, Brittney Bedwell and her young son were in a terrible ATV accident. Thankfully, Brittney’s son walked away from the crash without any serious injuries. However, for Brittney, doctors had a long list of things she’d never do again.

RELATED: Woman Paralyzed After Car Accident Then A Miracle Happens

So, it’s a triumphant moment years in the making when the paralyzed bride walks down the aisle on her wedding day!

Inspiring Journey To Defy The Odds

After the crash left her paralyzed, doctors told Brittney Bedwell her life would be very different.

"A doctor told me that I was never going to walk again, and I didn't want to believe that,” she recalled.

At first, Brittney battled depression over the many things doctors said she would never again be able to do. She almost gave up. But then, God did something amazing.

"I just woke up one day and I just like started feeling some stuff in my legs and I knew that it wasn't over," Brittney said.

RELATED: Mom Births Baby Girl And Then Becomes Paralyzed From The Neck Down

Brittney became determined to defy the doctor’s expectations. And she immediately started working hard toward a goal that seemed impossible.

“I just knew that I had to overcome [the doctor] saying, ‘Oh, you’re not going to walk again.’ I just kept pushing myself,” she recalls.

Brittney’s determination only grew after she met and eventually became engaged to Glen Hitchcock. The desire for the pregnant bride to walk down the aisle at her wedding only fueled her perseverance.

“It was really important to me because I got to watch my sisters walk down the aisle with [our dad], and I knew I wanted to do that, so I had to push myself even harder,” Brittney explained.

Paralyzed Bride Walks Down The Aisle

Brittney Bedwell kept pushing herself. And when the big day finally arrived, all eyes were on Brittney as the paralyzed bride walks down the aisle!

RELATED: Devoted Dad Battles To Walk Daughter Down The Aisle And Then Passes Away 34 Hours Later

“When I looked out to the crowd they all had tears in their eyes and I just felt amazed that they were all there for me and Glen,” inspirational overcomer Brittney Bedwell said.

It was truly a powerful moment for all who witnessed it.

“She leaves me speechless,” her sister, Ashley Sieb, wrote on Facebook. “So I’ll just say – Brittney Bedwell inspires me to never give up. To believe in miracles — to stay strong — to defy the odds — to love deeply and freely.”

“I’m over the moon honestly,” said Brittney’s husband, Glen. “I know she is going to get out of this [wheel]chair eventually. It’s just a matter of time.”

And that’s not the only miracle for this amazing couple!

Because of the injuries Brittney suffered during the ATV accident, doctors didn’t think she’d ever be able to get pregnant again.

But while this paralyzed bride walks down the aisle and inspires so many, that wasn’t the only miracle. She and her husband Glen had news that yet again defied all the odds. The couple is having a baby!

After being told there were so many things she wouldn’t ever do again, Brittney Bedwell could have given up. But she didn’t. She dug deep and kept fighting.

Brittney isn’t done fighting, either. She plans to keep pushing and working to do even more.

“It’s crazy — I didn’t think I would get this far,” she said. “I think if I keep going, I think I’ll be able to walk. I may not walk normally, but I would be able to walk longer than walking down the aisle.”

And Brittney wants her story to inspire and encourage others.

“I want [people] to accomplish their goals and not be afraid to do something that they’re scared of because you never know how the outcome will be,” she explained.

Brittney says to “just keep pushing yourself.” And she’s right!

It’s easy to give up when things seem impossible. But we need to keep pushing ourselves to do our part, then let God do the rest!

YOU MAY ALSO LIKE: A Divine Vision Changes Everything For A Teen Paralyzed In Car Crash

“For with God nothing will be impossible.” Luke 1:37