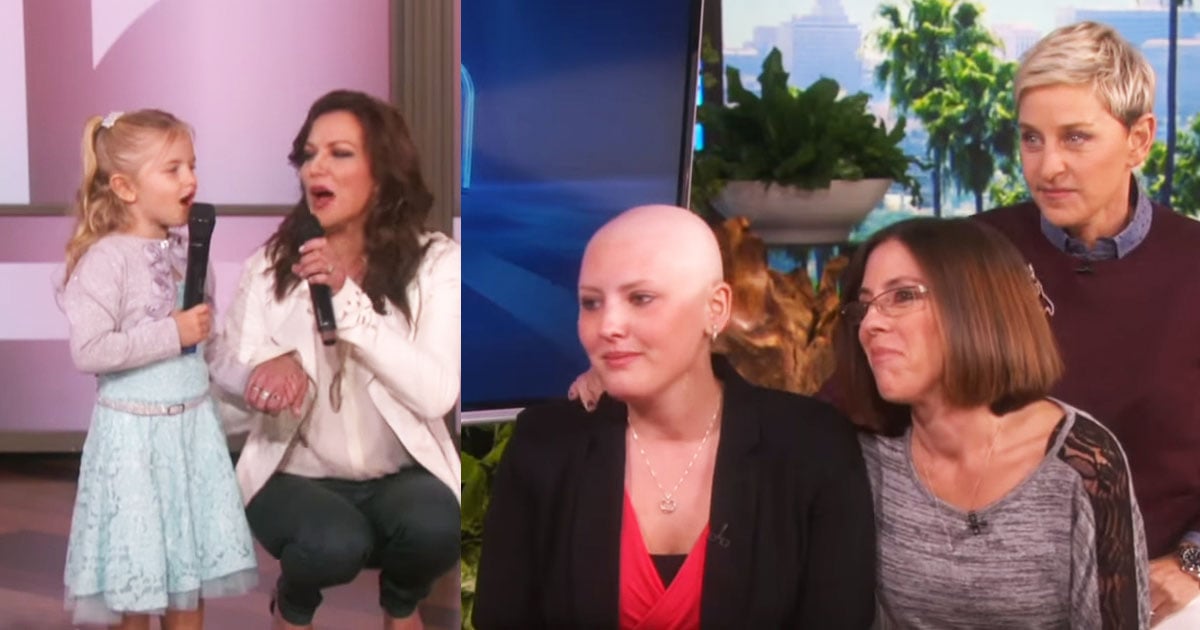 "When a child loses his parent, they are called an orphan. When a spouse loses her or his partner, they are called a widow or widower. When parents lose their child, there isn't a word to describe them." — President Ronald Reagan

For those who've had to suffer a miscarriage or stillbirth, there's no debate over when a life becomes valuable. Every life matters, and the pain of losing it is just as sharp regardless of the week of the pregnancy in which it occurs. It's something a mother never forgets, even if she is blessed with children before or after such a tragedy. 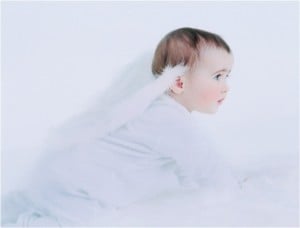 Katy and Justin Patten lost their twin boys, Aiden and Gavin, at 23-weeks and it was heartbreaking for the couple. Katy went into preterm labor, and both boys were born with heartbeats. But try as they might, doctors were unable to keep them alive for very long and both twins passed away. Though Katy and Justin went on to later have two little girls, Giuliana and Ava, they carry the memory of their boys in their hearts always. 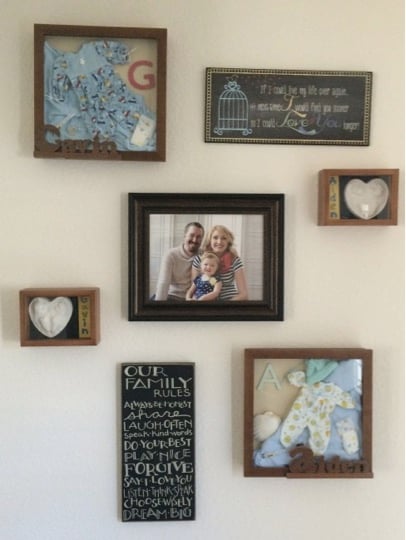 So, as they prepared to take a family portrait, Katy and Justin couldn't bear the thought of not having Gavin and Aiden represented in some way. They worked with photographer Linda Gittins of Lulu B. Photography on the best way to do this. And the result was profoundly beautiful. 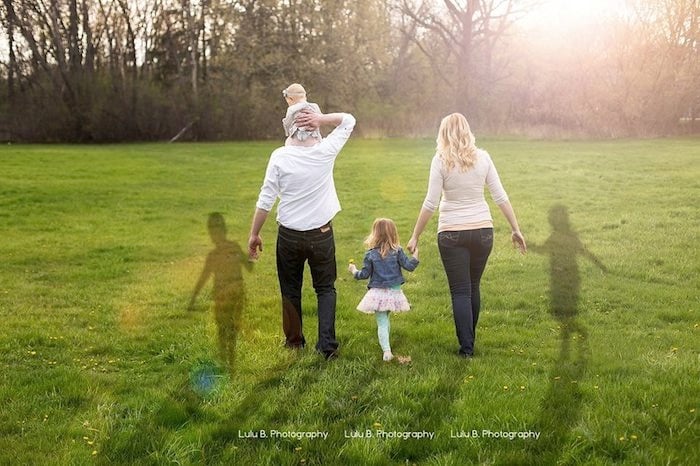 When the picture was taken, both parents intentionally left their hands down. Linda then inserted two shadows into the photo to represent the twins. The shadow came from her 4-year-old neighbor, who was the same age the boys would have been had they survived.

The photo was exactly what Katy and Justin wanted, and hangs over the fireplace in their home. Katy says,

And Katy and Justin are not alone in redefining the traditional family portrait. A similar photo was recently posted by DMX Photography of a couple who wanted their entire family represented, which would have made them a family of 8. 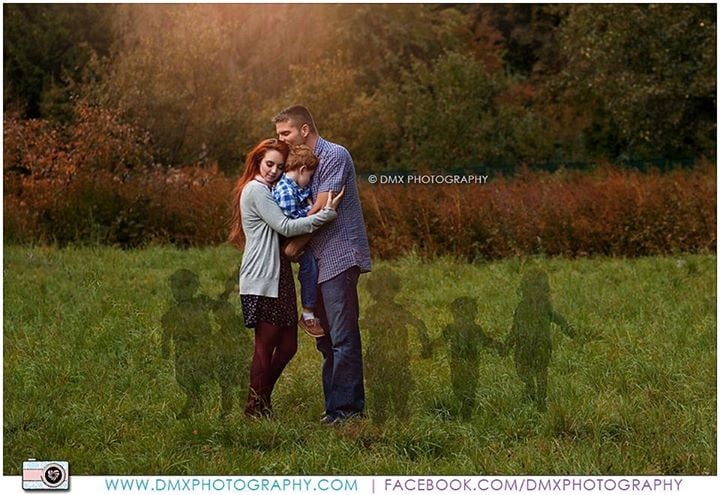 Oftentimes mothers who have experienced such a loss feel pressure from society to keep it to themselves. But accepting and acknowledging the loss is an important step in the grieving process. The families and photographers who are taking these family portraits are sharing them in the hopes that it will inspire others. 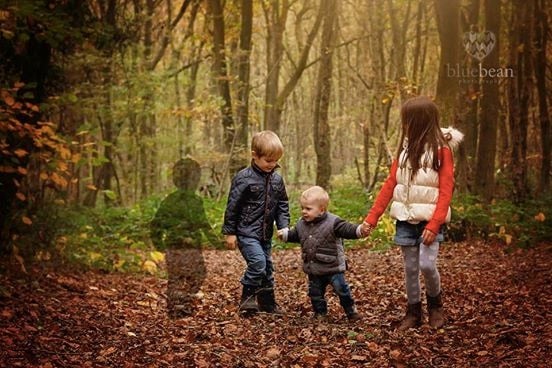 Victoria suffered 9 miscarriages before finally giving birth to her 3 children. So, when she was going through some Fall photos she'd taken of her kids, she noticed that in one, her son Jensen's hand was positioned almost as if holding hands with someone. And that's when she decided to turn the portrait into a tribute to the babies she'd lost before. And though it's been 9 years since the first miscarriage, she describes in her post how she still feels a lump in her throat and an ache in her heart when she thinks about it.

Victoria says, "I think it is important to try and increase understanding of pregnancy and infant death, an issue that a lot of us avoid talking about predominantly through fear and discomfort."

Bless these women for baring their loss in such a brave and beautiful way. It's difficult to know exactly what to say in the face of such tragedy, so most often people say nothing. But these touching photos help to show that no matter how short their lives may have been, these babies were a part of a family and should always be remembered.

Here’s an incredibly touching story about a couple’s journey of faith after several unsuccessful pregnancies.