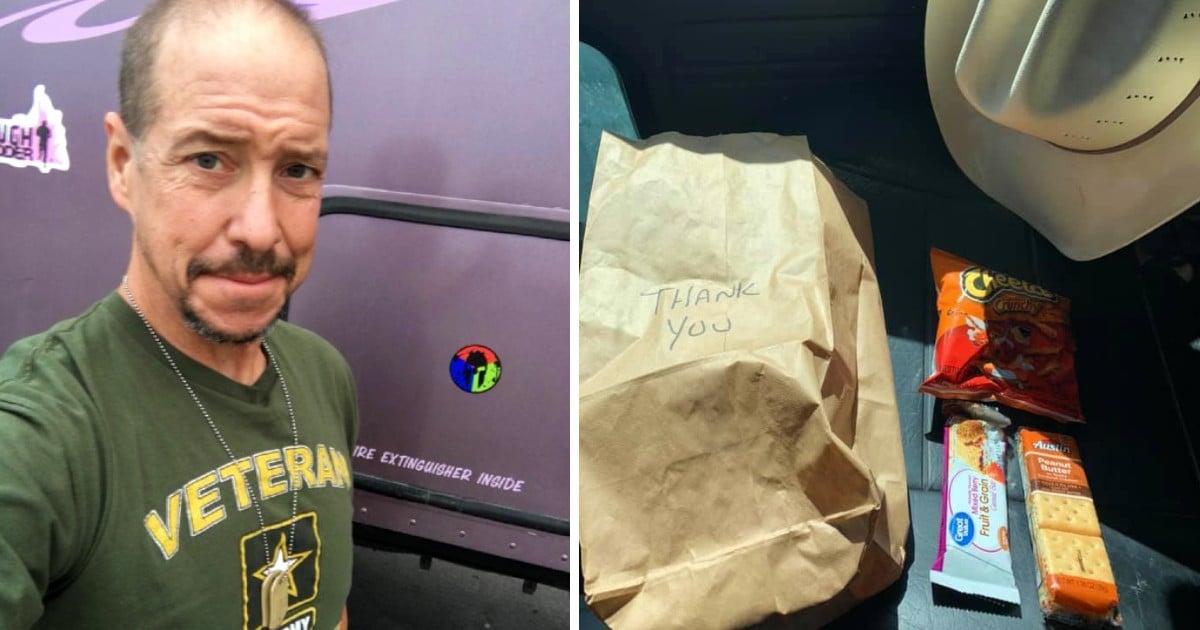 Mom-of-four Christina Marie received an awesome blessing when her landlord called to say she’d pay no rent for the month. But what Christina found on her doorstep later showed her landlord wasn’t finished with his act of kindness!

The coronavirus pandemic has taken a major toll on the nation. And though COVID-19 brings with it plenty of tragedy and fear, random acts of kindness are sweeping the country, too. With so many families struggling financially, there are also Good Samaritans all over looking for ways to help.

RELATED: 7+ Acts of Kindness During The Coronavirus Pandemic to Restore Your Faith in Humanity

A landlord in South Portland named Nathan Nichols decided he could help by allowing his tenants to pay no rent in April. Nathan also challenged other landlords to do the same if they are able.

A South Portland landlord is not collecting rent from his tenants for the month of April due to the coronavirus. He posted his decision on Facebook in hopes other landlords think about doing the same thing. His post has more than 20,000 shares @newscentermaine pic.twitter.com/A3xnftpz0L

A landlord named Alan in Saginaw, Michigan decided he’d waive rent, too. But the kind man also found another way to help one of his renters — a struggling mom-of-four!

Landlord Offers Pay No Rent & Other Acts Of Kindness

Mom-of-four Christina Marie was delighted when she got a call from her landlord, Alan. He gave her an unexpected blessing when he said she could pay no rent for the month of April.

The kind landlord asked Christina if she needed anything else. She thanked him, but said she’d be heading to the grocery store later that week.

RELATED: Desperate Man's Prayer For Rent Money Answered When A Strangers Knocks On The Door

A little later, Alan told her to open her front door. And when she did, another surprise blessing was waiting there for her!

On her doorstep, Christina found bags and bags and groceries from Alan. There were even diapers for her little ones!

“For him to do this for my family my heart is so touched,” she wrote on Facebook. “God bless you.”

Christina’s post soon went viral, as comments poured in praising Alan for his kindness and the Lord for His goodness.

YOU MAY ALSO LIKE: Trucker On The Road Stops As He Spots Mom Running And Furiously Waving Her Arms

What a beautiful reminder of how we can all spread love! No matter how big or small, acts of kindness shine brightly during these dark times.