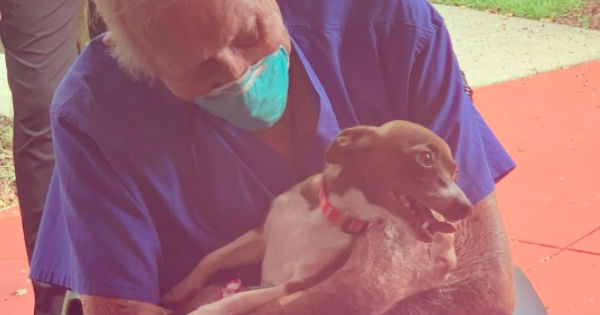 One couple is expecting quadruplets, transforming them into a family of 11 in just three years!

Maxine and Jake Young are a Pennsylvania couple and married in May 2016. They knew they wanted to start having a family right away.

RELATED: Mom With 11 Kids Who Has Spent 10 Years Pregnant Wants Even More Children

"Maxine always wanted to be a foster parent and had always dreamed of having a large family with adopted and biological children," said ArLette Young, Jake's mother. "Jake was completely on board and loved the idea of having a house filled with lots of love and laughter, maybe a little bit of chaos too!"

The couple adopted four siblings that they had been fostering for a few years. Then in 2018, they had their biological son named Henry who was born after a round of IVF.

The family of 7 wanted to try to have one more baby. But instead of getting pregnant with one child, Maxine found out that she was expecting quadruplets! And this was without any IVF treatments.

"Being naturally pregnant with Quads (which is about a 1 in 1,000,000 chance) is a wonderful blessing. However, it is still going to be a long and difficult journey," ArLette said on the GoFundMe page that she started for her son and daughter-in-law.

Maxine gave birth to the quadruplets on July 31 at 32 weeks, and they each weighed between three and four pounds. They named the babies Silas, Theo, Beck, and Cecilia.

"Meeting the babies was an indescribable moment," Maxine said. "All of the struggles from the past few months were immediately forgotten. The pain and stress didn't matter, in that moment, everything we have been through was worth it."

YOU MAY ALSO LIKE: 1 of Colton Dixon's Twins Was Born Without a Pulse And the Christian Singer Cried Out to God

God bless this family of 11 as they adjust to the quadruplets coming home! "Luckily, they're all doing really well," said Maxine. "And we're really grateful."