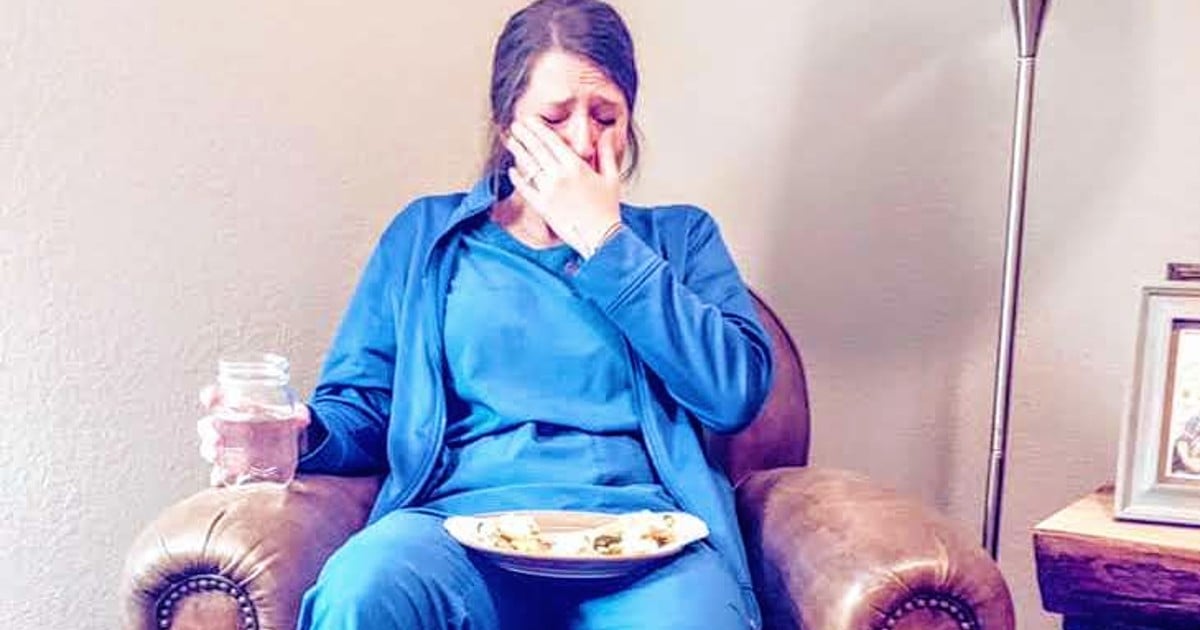 After one man flew off his bike, a doctor, who was also biking nearby, saved his life by performing a tracheotomy in the woods.

Todd Van Guilder was riding his bike along the Cuyuna Lakes Mountain Bike Trails in central Minnesota when he got into a terrible accident. He flew off his bike and started to see bright white light in his vision.

"My buddy who had been riding in front of me came back and asked, ‘Are you okay?'" recalled Todd. "I was wearing a helmet, but when I took the fall on my bike, I landed really hard on my stomach and chest — I could hear where my buddy was, but I couldn't see him. I told him, ‘I think I have a bit of a problem.'"

Paramedics arrived on the scene after Todd's friend called 911. By this time, Todd was having problems breathing. The medics realized that they would need to use the tank of oxygen in the ambulance, so a police officer on the scene starting jogging about three-quarters of a mile down the trail to the parking lot to retrieve it.

While the officer was on the trail, he ran into Jesse Coenen, who is an emergency room doctor. When Jesse and his other biker friend learned that the officer was running to get an oxygen tank, they offered to help. They got the oxygen tank and peddled it back to the paramedics.

When Jesse got to the scene, Todd was unconscious. "I quickly realized this was a serious situation," said Jesse. "They told me that the guy had fallen off his bike and that a helicopter had been dispatched. They were helping him to breathe, but it was necessary to make sure that his breathing was adequate."

The paramedics tried to put a tube down Todd's throat to get him oxygen but were unable to get it to his windpipe. That's when Jesse realized that he needed to do an emergency tracheotomy to save Todd's life.

"His oxygen level had started to drop, and I was getting concerned. I figured he might have anywhere between 10 and 20 minutes before he died. That's when I decided to enter the windpipe through the neck," Jesse shared.

But this procedure is something that Jesse had never had to do on another human before. "Cutting somebody's neck like this is a rare procedure, even for a doctor," he said. "I'd done it before on mannequins and a pig cadaver, and I knew by heart how to do it. I'd just hoped I would never have to."

Jesse knew he'd have to act quickly in order for Todd to survive. "The paramedic was prepared with the tube in her hand and it didn't fit, so I had to make the incision wider," he said. "I figured that he had maybe just a few minutes before his heart stopped, so I was relieved when it finally worked and the tube fit."

Todd was then transported to the hospital where he was treated and monitored for 10 days before heading home to his wife and daughter.

Doctor Saves Biker In The Woods By Performing a Tracheotomy

"Miraculously, I had no broken bones," said Todd. "They don't know what caused the white spots in my vision or exactly why I couldn't breathe. But they believe it could be related to the trauma of falling."

Thank goodness Jesse was there when he was to help save Todd! And he is extremely grateful to have had the doctor in the woods when he needed him.

"I talked to him on a Zoom call and told him how grateful I am that he happened to be there that day at that precise moment," Todd said. "I'm obviously extremely fortunate. What are the odds?"

"It all fell into place in multiple parts," shared Jesse, reflecting on the moment. "The paramedics and first responders were absolutely crucial. If they hadn't had a scalpel, I don't know what would have happened. I stumbled onto the scene. It's a lesson to us all that you never know who you're going to encounter."

YOU MAY ALSO LIKE: Stranger Finds Pages of Family Scrapbook Littering the Street and Knows Just What to Do

God put Jesse in the right place at the right now in order to save Todd's life. What an amazing story!