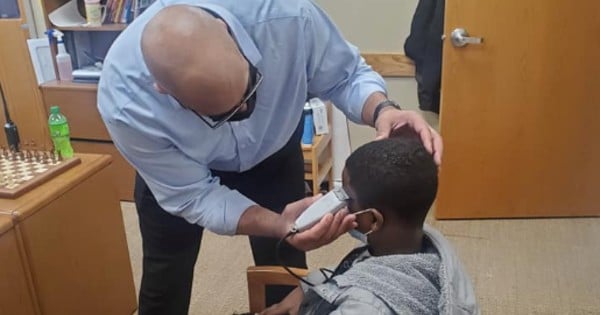 A photo of a homeless man has been quite moving for those who see it. The man in the photo is Sang D. Yang, a former resident of Los Angeles, California. He's a former resident because he has since been relocated by three kind strangers.

Sang's photo was first taken in October 2020 by John Hwang and posted on Facebook.

He wrote in his post, "I met this young man today in downtown. He was crying, telling me, ‘I can't change the things I've done, but I want to be better.'"

John learned that the man from the photo became homeless sometime after his mother died, which was a few years back, and he lost contact with other relatives. He was truly all alone. He also learned that Sang was of Hmong descent and originally from Milwaukee, Wisconsin. The Hmong are a group of indigenous people who have been a member of the Unrepresented Nations and Peoples Organization since 2007.

Sang's Hmong ethnicity originates primarily in Southern China. His ethnicity would be important to the man who chose to help him.

RELATED: An Officer Posted A Photo Of A Teen Praying Over A Homeless Man

At the conclusion of his post, John wrote, "Not sure how I can best help him, but if anyone can provide assistance in some way please let me know."

Stranger Is Touched By Photo Of Homeless Man

Sang has been living without an ID, wallet, or phone.

Someone by the name of Daniel Lee, also of Hmong descent, was joined by two others of the same ethnicity, and together they sought to help Sang. After the photo of the homeless man was posted on social media, Daniel and his compatriots found Sang the very next day.

He cited his desire to help in a Hmong proverb.

Daniel posted on Facebook, "A few other Hmong brothers and I have found him and are trying to find a way to contact family. But first: food!"

YOU MAY ALSO LIKE: She Met A Homeless Man While Waiting On A Bench And Now They're Married

They then drove him to Wisconsin, over 2000 miles with the hope of reconnecting him with his family. They also sought the Hmong American Friendship Association for assistance, located in Milwaukee. With time and effort, prayerfully, Sang can be reunited with his family.