We just love seeing famous parents sing with their talented kids. Andrea and Matteo Bocelli took the internet by storm with their duet, Fall on Me. And now pop star Pink sings with her daughter, Willow Sage.

The duo, aged 39 and 7 years old, made a heartwarming video while performing a song from the hit musical, The Greatest Showman. The two are among an all-star lineup of celebrities lending their voices to the new album, “The Greatest Showman - Reimagined.”

The original musical film was released in 2017 and starred Hugh Jackman and Michelle Williams. It told the story behind how showman P.T. Barnum created the Barnum & Bailey Circus, and the music in the film became an instant classic.

In this behind-the-scenes video, young Willow sings her little heart out while proud mama, Pink, gives her encouragement. 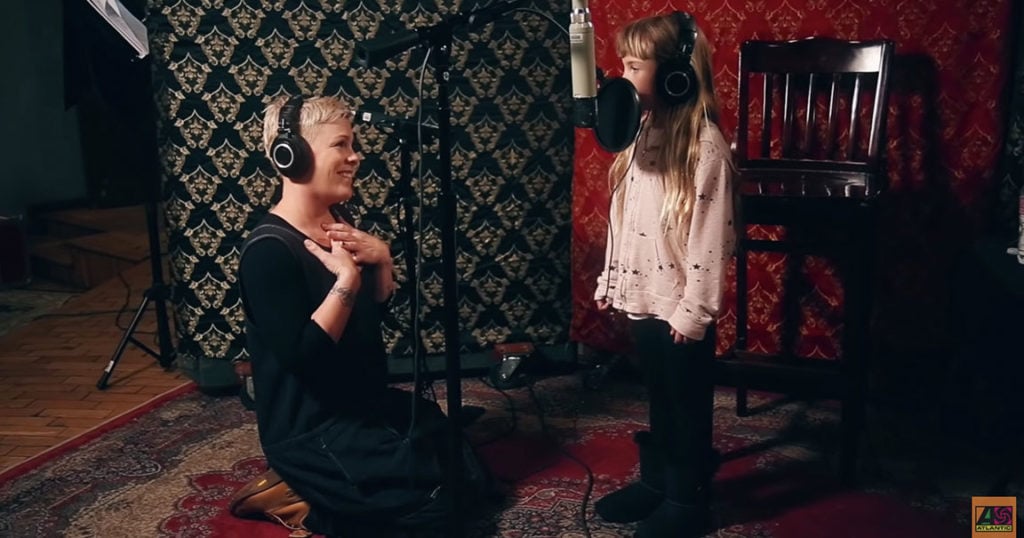 Watching ‘tough girl’ Pink so lovingly guide and praise her sweet daughter is truly moving. After Willow finishes her part, her happy mom flashes her the double thumbs up sign. The little girl did great!

Then, Pink joins in and her strong, soaring vocals are just perfect for the epic ballad, "A Million Miles." It’s so awesome to see the music pro share her passion with Willow.

The sweet mother-daughter duo are in really good company on the new album. It also features the likes of Pentatonix, Sara Bareilles, Kelly Clarkson, and the Zac Brown Band. We can’t wait to hear more thrilling performances from this project!

YOU MAY ALSO LIKE: Pink Stops Concert To Comfort Fan Who Lost Mom