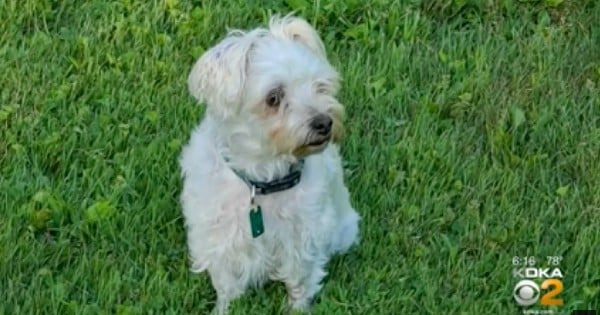 A pit bull and Chihuahua are on the opposite ends of the spectrum when it comes to dog breeds. One is tiny, loud, and prances everywhere. The other is full of energy and big. It would be easy to assume big dogs and little dogs just don't mix. But not for an inseparable pit bull and chihuahua that landed in a shelter and refused to leave each other's side.

At first, the shelter merely thought these two dogs, Taco and Merrill, were just surrendered from the same household.

However, they quickly realized these two were more than just housemates. The pit bull and Chihuahua didn’t do anything or go anywhere without each other.

Volunteers recognized the signs that they were a bonded pair. Bonded animals generally grow up together and typically come from the same litter. But sometimes, animals connect on a deeper level where they won't do anything without their best friend.

This happened to the case with Merrill and Taco.

The best friends refused to do anything without each other. Anytime Taco and Merrill found themselves alone, volunteers could see their distress and anxiety until they were reunited. The shelter knew they had to find a family willing to adopt both of them.

In a Facebook post, volunteers shared, "These two love each other more than any bonded pair the shelter has ever seen. They cry when they leave each other's side. This dynamic duo has lost their family, their home, and now we can't let them lose each other!"

This of course made finding the pit bull and Chihuahua a forever home challenging. Who would want to take on two dogs? Volunteers at the shelter decided their best chance to find a home was to share Taco and Merrill's story online. They snapped a photo of these best friends and posted it online. What they didn't expect was for the photo to go viral with 14,000 likes right away.

But it's because the strange pair were being themselves when a candid shot was captured.

Merrill was sitting in the backseat of her foster mom's car when Taco poked her head through Merrill's legs. The photo of the pit bull and Chihuahua was so sweet and comical. Soon, their story was shared over 26,000 times which meant they were that much closer to finding their new family.

RELATED: 1 Was Lonely And The Other Frightened But This Veteran And Chihuahua Found Pure Joy Together

It didn't take long, less than a month later, the pair found their forever home in San Diego. Their adopted family wanted to remain anonymous but they also wanted to let everyone know how they were doing.

So, they sent photos of Merrill and Taco lazing by the fireplace in a big plush dog bed. Another candid photo showed Taco standing over the top of Merrill-revealing Taco just happened to be the boss of the pair despite being pint-sized. What a happy ending for the precious pit bull and Chihuahua best friends.

YOU MAY ALSO LIKE: Take A Break From The Coronavirus Panic With 36+ Utterly Adorable Animal Stories In The News

"If either of them falls down, one can help the other up. But pity anyone who falls and has no one to help them up." Ecclesiastes 4:10