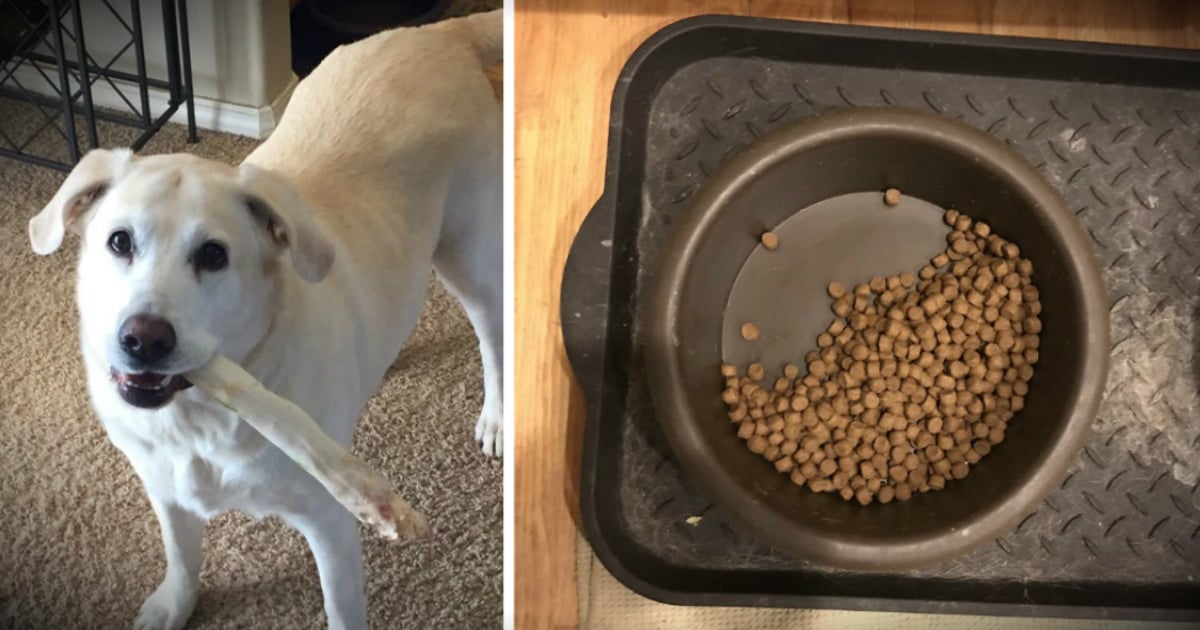 Pit bulls often get a bad rap. But not a pit bull mix from Texas named Hurley. He’s gaining notoriety for being a hero. While out for a walk with his owner, this pit bull mix saved a young boy from a deadly snake!

According to a story shared on Facebook, Hurley and his owner, Shelby, regularly enjoy walks at night. With fewer people out, Shelby often lets Hurley off-leash, allowing him to roam the neighborhood field with his snout pressed firmly to the ground, taking in all the different smells.

For Hurley, the freedom to sniff about is doggie Heaven. And on one night, God used this nightly routine to put Hurley in the right place at just the right time!

Hurley To The Rescue

Charging in, the pit bull mix saved the boy. Shelby watched in amazement as Hurley clamped down on a copperhead snake making its way towards the child. After killing the snake, the heroic dog flung the it away.

The young boy ran to his mother’s vehicle. They took off before Shelby could talk to them, presumably to get the little boy checked out. Meanwhile, Shelby called animal control, and the police showed up, too. As they checked Hurley over, that’s when they realized he’d actually been bitten by the snake!

The heroic pit bull mix was bleeding, his neck was swelling and foam was starting to come out of his mouth. Closer inspection revealed two puncture wounds in his upper lip.

They rushed Hurley to the Animal Hospital, where he spent the night under the care of doctors. Thankfully, the vet cleared our hero the next morning to go home.

According to Shelby’s sister, Stacie, who shared the story with the Love What Matters Facebook page, it was later discovered the boy had actually come upon a nest of copperhead snakes.

RELATED: Texas Man Warns Parents To Check Under Kid's Toys In The Yard

Thankfully, Hurley came to the rescue before the whole nest of snakes could respond.

“Hopefully Hurley prevented him from getting bitten, or at least getting bitten multiple times. We are still trying to find out who the little boy is and make sure he is okay,” Stacie wrote.

God certainly put this furry hero in the right place at the right time!

YOU MAY ALSO LIKE: Tiny Fur-Hero Saves The Humans He Loves