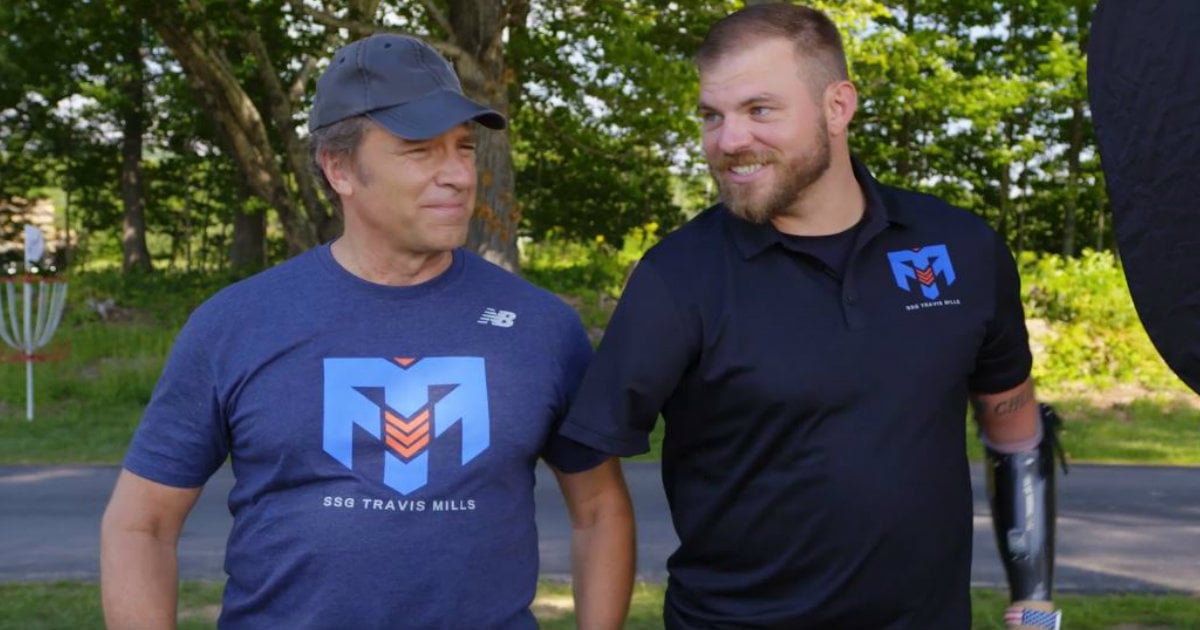 Ryan Holets saved a life but also changed his own in a profound way, when the Albuquerque police officer adopted a homeless woman’s heroin-addicted baby.

Officer Ryan Holets was on patrol when a call through about a possible convenience store robbery. But as it turns out, God didn’t call him there about a theft. He brought Ryan to save a baby girl who hadn’t even been born yet!

As Ryan was leaving the convenience store, he spotted a couple out of the corner of his eye. They were sitting on the ground with their backs against the store’s cement wall. But Ryan couldn’t believe his eyes when he saw what they were doing. Right there, in broad daylight, the pair was shooting up heroin!

Ryan turned on his body camera and confronted the couple. But he was in for another shock — the woman was pregnant!

“It’s not every day I see a sight like that and it just made me really sad,” he said.

The mom-to-be was 35-year-old Crystal Champ. She’s been battling a heroin and crystal meth addiction since her teenage years, but can’t seem to break free.

“It just keeps coming back and ruining my life,” she says.

At first, Ryan responded the way most would — with outrage. He scolded Crystal for the damage she was doing to her unborn child.

“You’re going to kill your baby,” Ryan said in the bodycam footage. “Why do you have to be doing that stuff? It’s going to ruin your baby.”

And that’s when Crystal started sobbing. She’s pro-life, so abortion wasn’t even a consideration. But caught in the depths of a terrible addiction, she just couldn’t seem to “get well,” even when she found out she was pregnant. 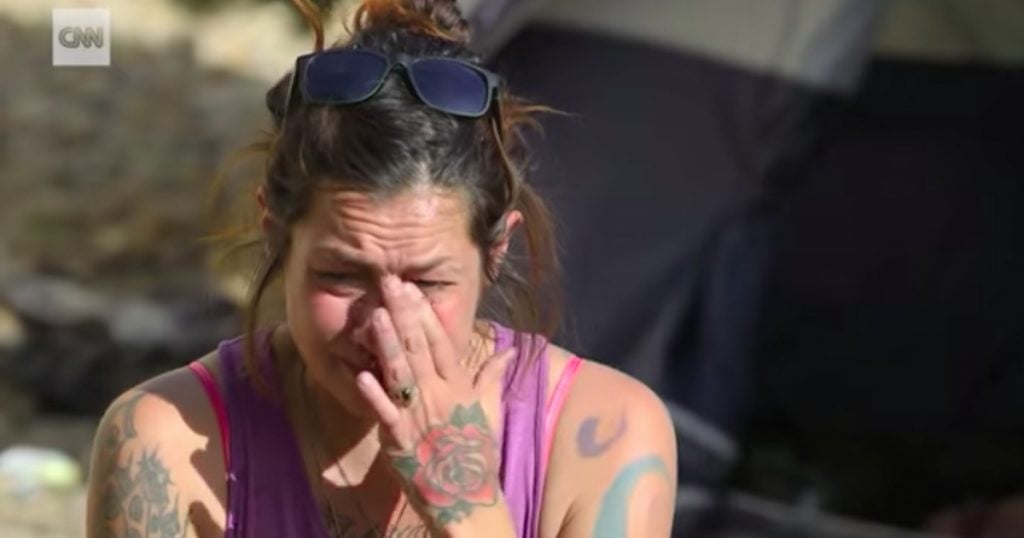 Crystal tearfully told Ryan how she desperately wanted someone to adopt her baby. And that’s when God revealed His true reason for bringing Ryan to that convenience store!

“I just felt God telling me, ‘Tell her that you will do it because you can,'" he recalls.

In that moment, something inside Ryan changed. In fact, even Crystal picked up that something was different.

“He became a human being instead of a police officer,” she said.

RELATED: Former Heroin Addict Asks The Judge For The Most Unusual Favor

Instead of busting the couple, Ryan showed them pictures of his wife and four children, which included a 10-month old baby. Next, he offered to take Crystal’s baby girl once she was born.

Crystal couldn’t believe it. She desperately searched Ryan’s eyes to see if he was serious.

Now, all Ryan had to do was tell his wife, Rebecca. She was at a going-away party for a friend a few miles away, and he drove over to see her. He walked into the party and immediately told Rebecca, who was holding their 10-month-old baby.

After explaining the situation, Rebecca didn’t miss a beat.

“He already knew my heart on the issue and he knew that I would be totally onboard with it,” she said.

The two had been discussion adoption but originally wanted to wait until after their own baby was a bit older. But after Ryan shared Crystal’s story, Rebecca knew their home was the right place for this baby. She knew they could handle it if the police officer adopted the homeless woman’s baby.

“We feel God has called us to do that,” she said. “It’s been on our hearts for a while.”

“I was led by God to take the chance,” Ryan said. “God brought us all together. I really don’t have any other way to explain it.”

A few days later, Crystal said goodbye to her baby, and the police office adopted the newborn girl.

Bringing Hope And Light To The World

Sadly, because of Crystal’s drug use, the little angel was born addicted to opioids. As a result, she spent the first part of her life enduring the torture of detox and withdrawals. But God saw her through and had the Holets family eagerly waiting to take her into their loving home.

So, Ryan and Rebecca chose to name the little one Hope.

Hope is now at home with her new, loving family. And sadly Crystal remains under the control of her destructive addiction, which has left her homeless for the past two years. But she takes comfort in knowing Hope’s family will give all of the things Crystal can’t.

“She needs to have a safe environment and a stable life and be able to grow and be nurtured and be safe and secure,” Crystal said. “There needs to be more people like Ryan and his wife and their family in this world.”

As for the Holets family, they are just thankful God decided to use them to provide such things.

"I am so thankful and blessed and humbled that we are allowed to be Hope in our family," Ryan said. 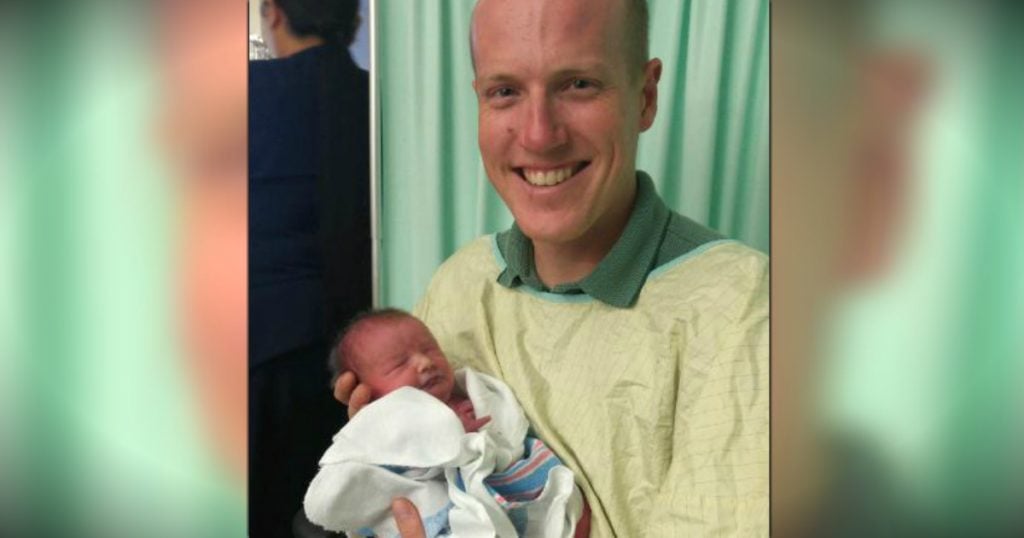 Our hearts go out to Crystal. We pray she will turn to God for strength and healing from the terrible illness that plagues her and so many others.

“Come to me, all you who are weary and burdened, and I will give you rest. Take my yoke upon you and learn from me, for I am gentle and humble in heart, and you will find rest for your souls. For my yoke is easy and my burden is light.” Matthew 11:28-30

YOU MAY ALSO LIKE: Woman Overdosed With Baby Boy In Car, Then Posts The Photo Online