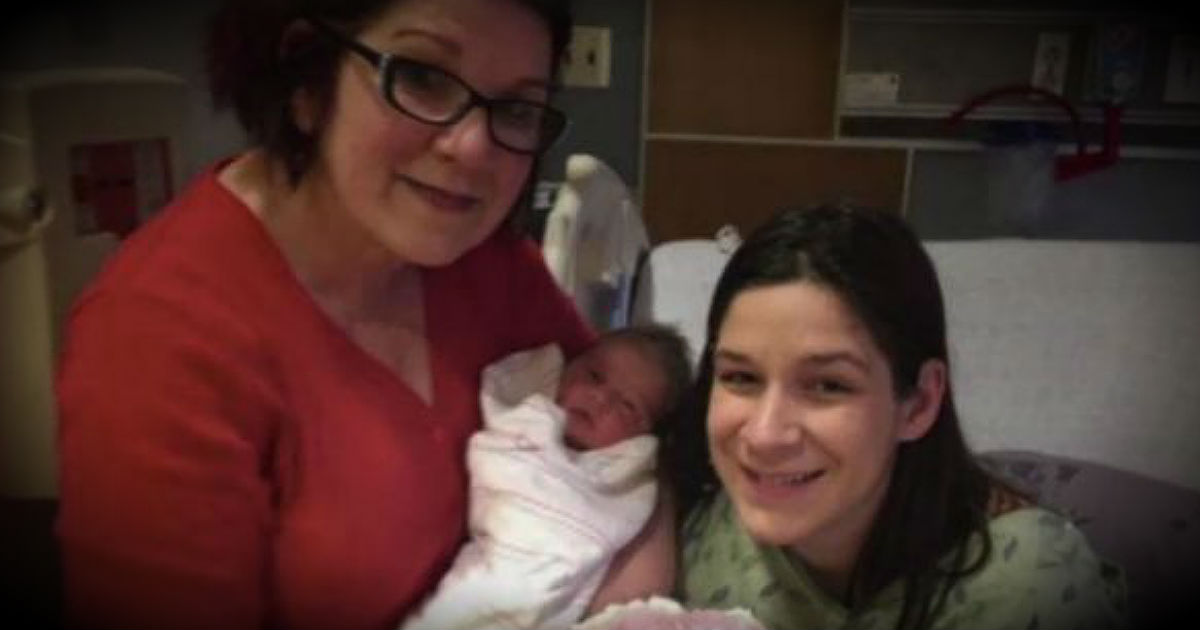 These 3 Generations All Share The Same Birthday
Read Article »

A Special Call To An Animal Shelter

Officer Montgomery giving his new potential family member some lovin’. Thank you for all you do for our community and for adopting from PAWS!

The tiny puppy, who Marcus named Kylo, had been left in a box on the back porch of the Panhandle Animal Welfare Society (PAWS) after the shelter had already closed. That night, the temperatures dropped to near freezing while the poor pup waited to be discovered. Staffers found him the next morning, cold and crying.

Meanwhile, Marcus was called to PAWS on an unrelated matter. But as he was wrapping things up with the director, in walked one of the supervisors holding Kylo. And for Marcus, who immediately asked to hold the sweet pup, it was love at first sight.

“She brings me this li’l guy, chill, no whining, no barking, just chill. So I get to hold him and he immediately curls up in my arms.” 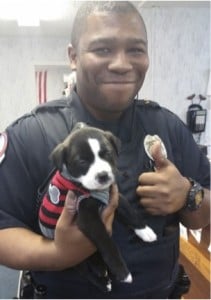 Marcus had adopted from PAWS before, and had been talking with his girlfriend about getting a friend for the 4-year-old pitbull terrier, Vader, the couple already had at home.

And it took no time for Marcus to realize that Kylo would make the perfect addition to the family! 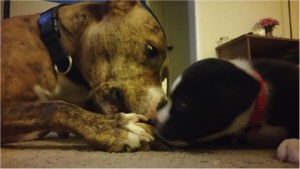 Kylo settled right in, and is loving his new home and big brother, Vader. And we’re so thankful that sweet, little Kylo is getting the love and care he so deserves.

God bless Marcus for his incredible service as a police officer, and for the heart he has for rescue pets!

Here’s another heartwarming moment where a tiny dancer plants a big one on her favorite officer! 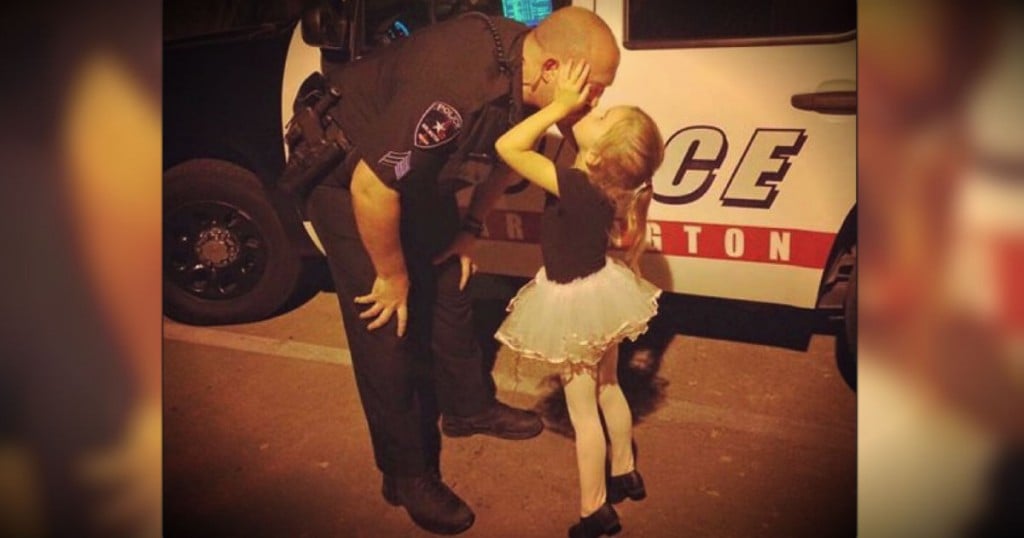 One was lonely and the other frightened, but together they found pure joy!