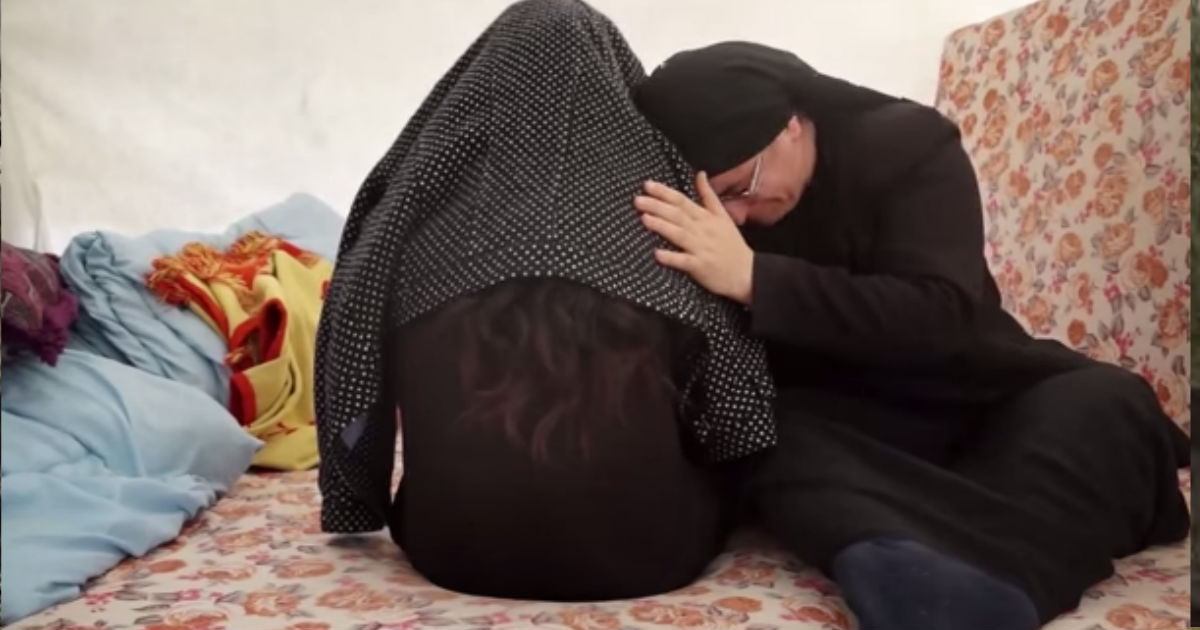 This Nun Is Taking On The Biggest Bully The World’s Ever Seen. And What She Says About ISIS Made My Blood Run Cold!
Read Article »

Police Officers Stand Up For God!

Our Freedom of Religion seems to be in the news, daily, nowadays. Everyone’s right to believe what they choose, to pray to whom they choose, to praise whom they choose is all being questioned and for a lot of Christians, we’re being silenced. This is yet another example of how we, as Christians, need to pray louder and more passionately than ever before. These Police Officers were told to stop, BUT they said, “Nope!”

Would you quit your job if your boss said you could no longer pray? These two police officers were told to stop praying OR face “disciplinary” charges.

Once a month, former Cartersville Police Officers Sgt. Amanda Pettepher and Investigator David Bojczuk visited Bartow County Jail with the sole intent to pray with inmates (who were interested) and read scripture together.

But the Bartow District Attorney’s office had concerns that when these felons were talking and praying with the officers, that justice would not / could not be served. The D.A. cited that the inmates would be protected under the ‘Clergy Communications’ privilege leaving the D.A. with no grounds to charge them.

Therefore, these officers (who are not clergy, therefore this rule does not apply) were told to stop praying with these inmates or else. So, the two officers QUIT. They both, without hesitation, chose their faith over their jobs.

Stating, “It was not a difficult decision.”

Bojczuk also stated, “I knew this was coming and I stay close to the Lord. When this all happened, I just started seeking the Lord about it."

And, Pettepher also stated that, “It has strengthened my faith. It's shown me that God is going to take care of me no matter what, no matter what comes our way."

Thank you, Pettepher and Bojczuk for standing for God and for standing your ground. May God protect you and your family from further persecution. And may God bless your efforts and water the seeds you have already planted within the walls of that prison. Your work will not go unnoticed.

I have always found this scripture below interesting. Many people quote John 3:16 (For God so loved the world, He gave His one and only son…) BUT I find it interesting what John 16:3 says.

John 16:3 “And these things will they do to you, because they have not known the Father, nor me.”