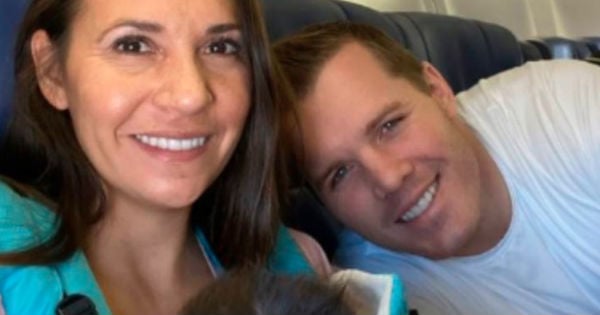 Day after day, police officer DeAndra Warren says a prayer at the flagpole for Wynne Public Schools. And when a photo of him praying made its way to social media, his inspiring short story went viral!

40-year-old DeAndra Warren has a daily habit of stopping for a moment of prayer at the flagpole at the schools where he works as a resource officer. The 7-year member of the Wynne Police Department in Wynne, Arkansas, started this practice back in 2015.

RELATED: Mom Realizes Viral Photo Of Boy Standing Alone At Flagpole Is Of Her Son

"I'd be on my patrol and just pray as I walk up and down the halls," he explains. "One moment I just felt the urge to stop at the [flagpole] and start praying at the pole because of what it represents and with so many things that are going on in our nation."

Officer Warren lets the words from 2 Chronicles 7:14 guide him in his prayer at the flagpole:

"If my people, which are called by name, humble themselves, and pray, and seek my face, and turn from their wicked ways; then will I hear from heaven, and will heal their land."

Officer Warren serves at a primary school and the junior high school. He takes his job seriously. And not only does he want to protect all of the 600 kids in each building, but he also wants to show inspire them.

"To see kid's faces light up when I give them a high five and I'm just trying to show them a positive light ... the positive side of law enforcement," he said.

Moment Of Prayer At The Flagpole Goes Viral

Police officer DeAndra Warren was just doing what he does every day when his 21-year-old daughter, De'Andria, took a snapshot of Warren bowing his head in his uniform.

She shared the moment of prayer at the flagpole on social media, proud of the commitment her father had in both his job and his faith.

"Often you don't see an officer on school grounds at the flagpole praying for our children!" her caption read. "I know this amazing Man of God who prays for our school systems, your children, and our community every day faithfully! This outstanding man is my dad and I'm so proud to be his daughter! There's [sic] not too many people out here in this world like him! Officer Warren we are so thankful for you!" 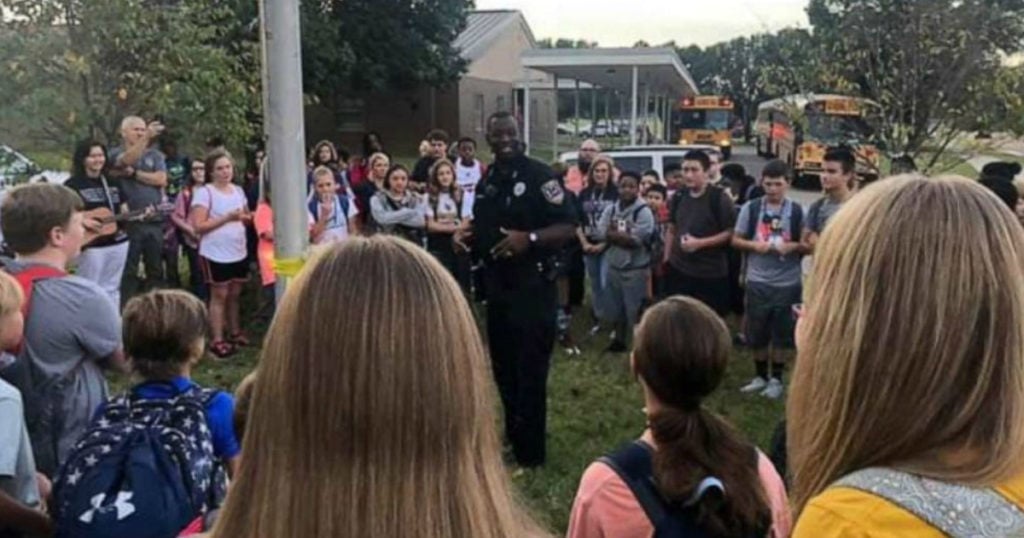 And it didn’t take long before the sight of Officer Warren’s moment of prayer at the flagpole went viral!

RELATED: Police Funeral Procession For Fallen Officer Rolls Through And Stranger Drops To Knees In Prayer

Folks from all over wrote supportive messages, praising the officer for his dedication to the students and the school system. And, of course, those who already know Officer Warren weren’t at all surprised by his amazing act of service!

Giving God All The Glory

Officer Warren’s daughter took the photo of her dad’s prayer at the flagpole because she’s just so proud of him. She sees firsthand the amazing impact he has in his role as an officer. And she just wanted to share that with the rest of the world.

"I felt like I just had to make a post [of Warren], considering the impact that my dad has on all the kids, including the teenagers,” De'Andria says. “Kids come up to me and say, ‘Oh, you're Officer Warren's daughter? We love him!' and it brings me so much joy," she said. "It's like, ‘Wow, my dad is doing something to make an impact on all these people.'"

And De'Andria isn’t the only one to sing her father’s praises.

According to Carl Easley, the Superintendent of Wynne Public Schools for the past 38 years, DeAndra’s prayer at the flagpole is just one more example of how he is a blessing to the school and community. 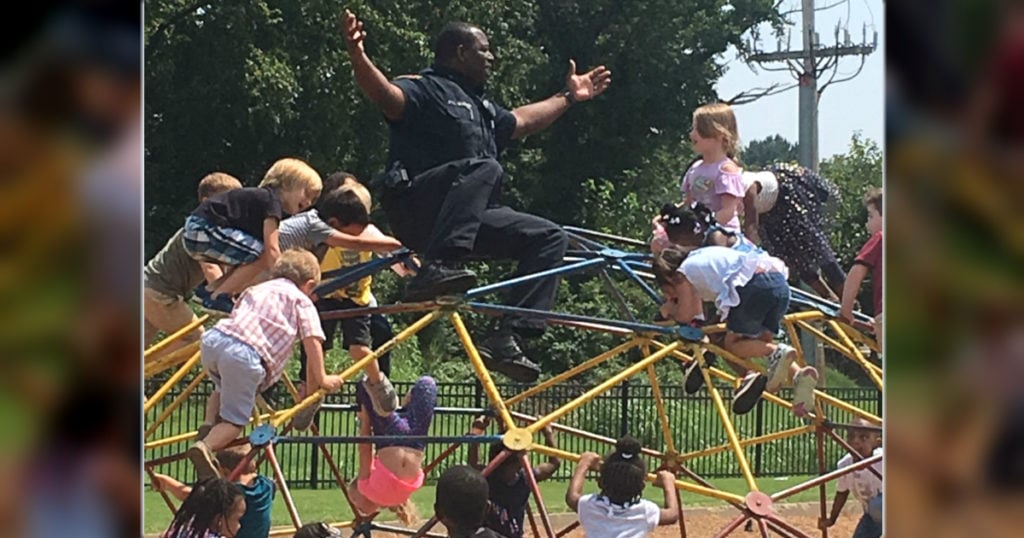 Carl has known DeAndra Warren since the police officer was a student himself. And this kind of compassion is just a part of who he is.

"His character is always upbeat. Always pleasant," the Superintendent said. "In the last couple of weeks he has always shared some type of uplifting words with me. It's just part of his personality."

YOU MAY ALSO LIKE: Tardy 5-Year-Old Stops To Say The Pledge Of Allegiance And A Prayer

We read in 1 Corinthians 10:31 that whatever we do, we should do it for the glory of God. And that’s exactly what Officer DeAndra Warren is doing. May he inspire all of us to find ways to incorporate prayer into every area of our lives!