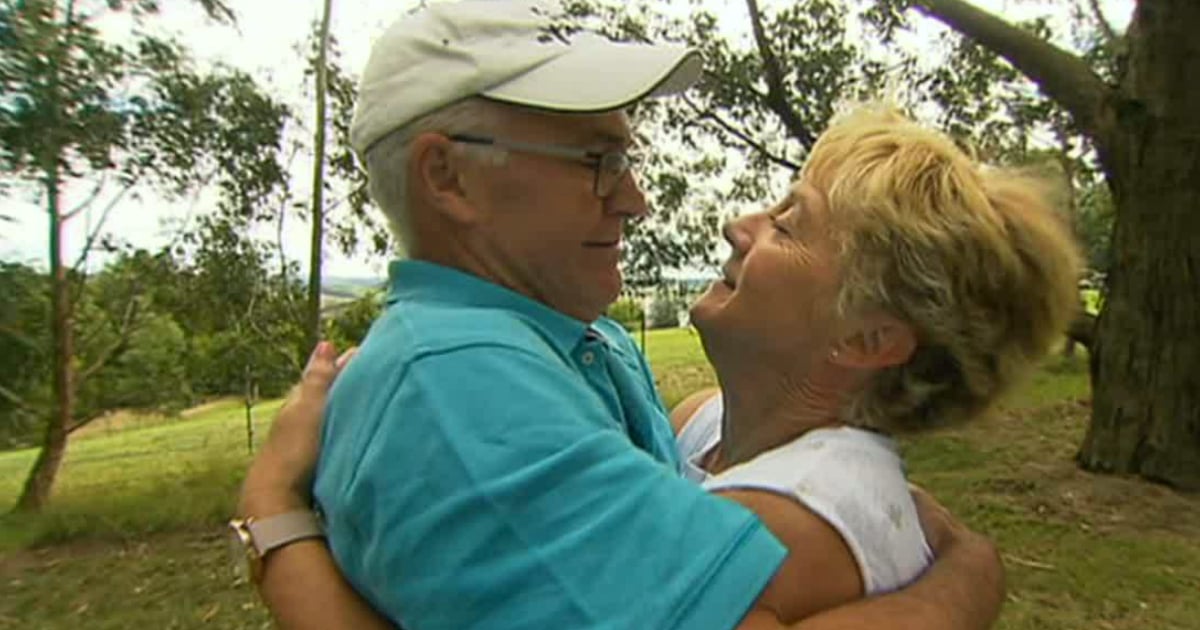 One mother thought she was having a ‘normal' pregnancy until she went into labor with her twins at 22 weeks. Doctors told her that her premature daughters were going to die, but this mother fought hard to give her babies a chance at life!

Kayla Ibarra, who runs an in-home daycare, and her husband were eager to grow their family again when their son, Noah, was 18 months old. They got pregnant quickly and soon found out that they were expecting twin girls! They were thrilled and so excited to become a family of five.

Then, when Kayla was 21 weeks and five days pregnant with the twins, everything changed. She had caught a cold from one of the children at her daycare and started to feel poorly. While she was at the hospital to get a check-up, she knew she was starting to go into labor.

"While getting the exam done, I kept telling the tech I was having contractions. She kept telling me to relax and everything would be fine," Kayla said. "I stood up and BAM, my water broke. They called up to the doctor who was on service in the triage and she came down and confirmed my water broke. Through my tears, I said, ‘What's going to happen to my daughters?' As she was wheeling me back upstairs, she said, ‘The babies will be born today, and they will die.' They will die. Tears still swell in my eyes when I speak those words."

When Kayla made it back upstairs, her mother-in-law, sisters-in-law, husband, and midwife were there waiting for her.

Doctor Tells Family That Twins At 22 Weeks Will Die

"Everyone surrounded me, crying. They began asking the doctor, ‘What do we do? What can we do?' Again, she told them, ‘There is nothing that can be done, the twins will be born today, and they will die.' The way she spoke was so cold and so matter-of-fact," Kayla notes. "My sister-in-law kept telling me, ‘We need to pray' and I remember blurting out, ‘I will not pray, I am angry, I am angry with my God. How can He allow this?' Little did I know, He was just starting this beautiful story."

After this horrible news, Kayla and her family started to research which hospitals could help them. They found out that a hospital in London, Ontario intervened with premature babies, but only when they were 23 weeks. That's when Kayla turned to prayer.

"I decided to pray, to tell God I was angry," shares Kayla. "All of a sudden after praying, my contractions stopped. Just like that."

Kayla was then moved to a room to rest. She spent the next four days in that hospital bed with on and off labor. "I couldn't get up to pee or move because every time I did, Baby A would come out a little more," she explains.

After those four days, full labor for Kayla began again. "My mind was all over now," Kayla explains. "I felt so defeated. I’d lost. This four-day battle was about to come to an end, and I was on the losing end. My life was about to be shattered. I was going to birth my daughters and hold them as they died."

A Change Of Plans Leads To New Hope

That's when a new doctor walked into her room with great news. A hospital in London, Ontario was willing to take her in and try to save her babies. Once she was set up in the new hospital, Kayla started to give birth.

"I heard, ‘Baby A's water is still here, she's coming out in her water! We thought she ruptured?' I was frozen," shares Kayla. "For sure Luna's water ruptured and now it was completely sealed again!"

Kayla goes on to tell about how her daughter Luna came into the world. "She came out kicking and had the tiniest cry. Weighing 14 ounces and 11 inches long."

Then, Kayla shares about her daughter Ema's birth. "The goal was to keep Ema in, but that wasn't possible. The minute Luna was out, Ema's heart rate dropped." Ema came out crying like her sister, weighing 1 pound and 12 inches long.

"They were here! They were alive, and they were stable!" shares Kayla.

Luna and Ema spent a total of 115 days in the NICU, but they were able to come home before their due date! "They are completely healthy in all ways possible," says Kayla. "They are typical 1-year-olds, and unless I tell people they were born at 22 weeks (18 weeks premature), they have no idea."

This experience has impacted Kayla and her husband greatly, and they have made it their mission to raise awareness for babies born at 22 weeks. "We want the world to know they can survive and they can thrive....we went from a 0% chance of survival to celebrating over one year of life!"

YOU MAY ALSO LIKE: Complications From The Flu Nearly Took Their Child But Updates Reveal Jesus Is Healing Her

God showed up in a beautiful way through the lives of Ema and Luna, and may this family always remember His faithfulness in their lives! 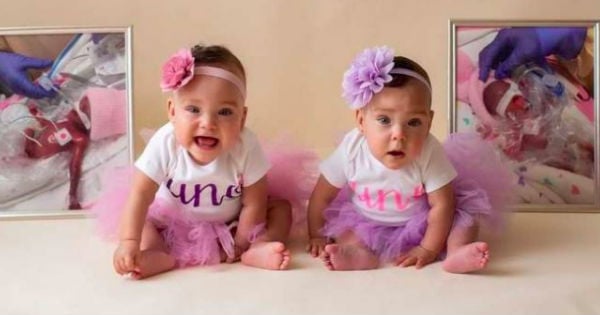