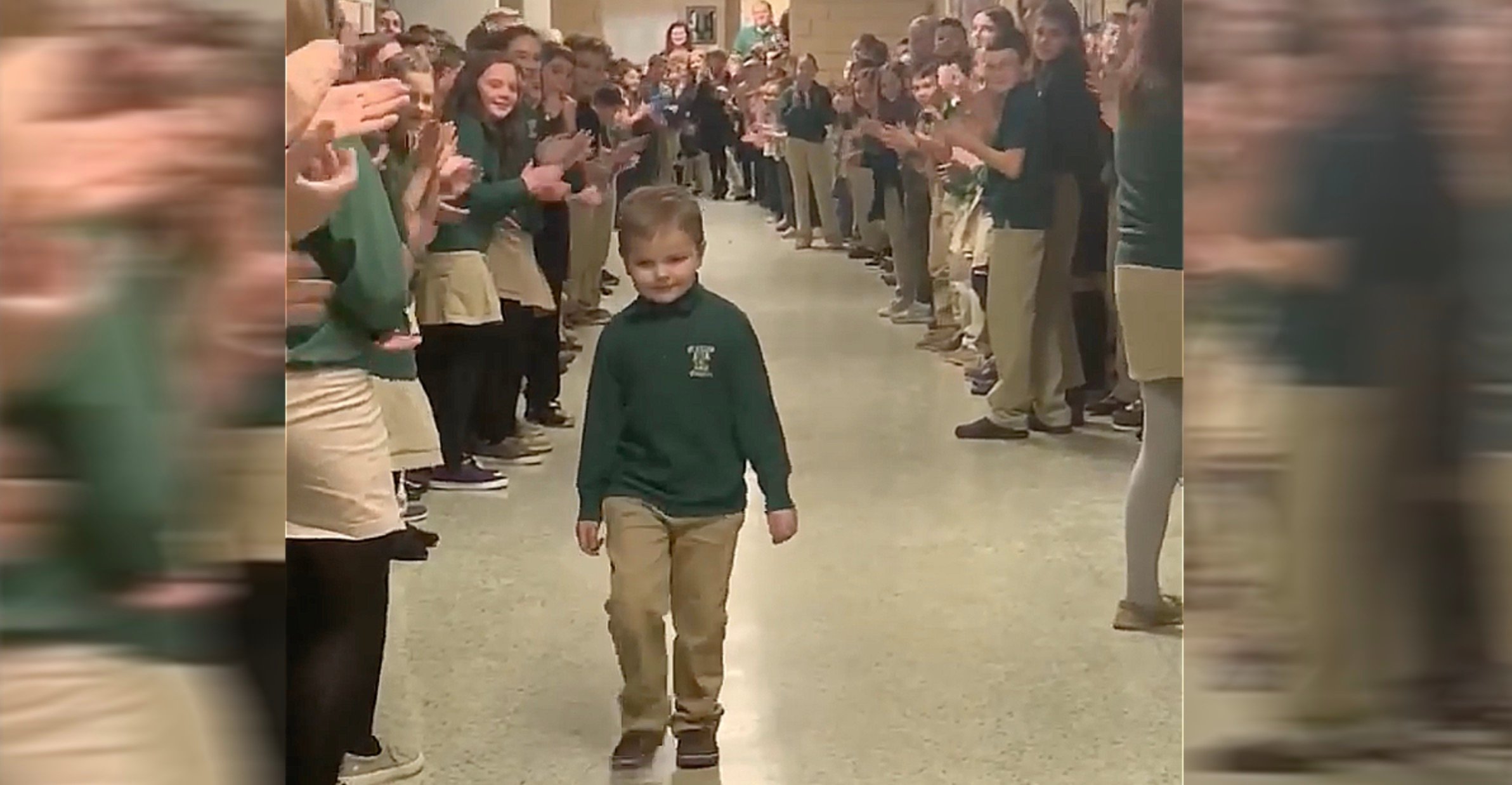 When Gill Glegg gave birth to her premature baby 3 months early, the tiny girl was only about the size of a bag of sugar. Doctors feared little Darcey Glegg wouldn’t make it but this miracle baby fought hard and overcame all the odds!

At 28-weeks, Gill Glegg received some terrifying news about her unborn baby girl. The ultrasound revealed something wrong in her placenta. And the abnormality meant not enough blood was making its way to Gill’s daughter.

RELATED: This Miracle Baby Is Alive Today After Being Placed In A Plastic Bag

Doctors immediately rushed the scared mom into the hospital for an emergency c-section so she could give birth to her premature baby 3 months early.

"It was terrifying," Gill said. "I wasn't given much hope that she would make it. But she came out crying."

At birth, Darcey Glegg weighed only 1lb 5oz and was roughly the size of a bag of sugar. But don’t let the size fool you. This tiny package had a lot of fight inside!

During her time in the neonatal unit, doctors placed the premature baby, born 3 months early, inside a plastic bag.

"Darcey is amazing. She was so tiny in that little sandwich bag, I didn't know if she would make it,” Gill explained.

The sweet child underwent blood transfusions and fought through an infection. And though she had the odds stacked against her, Darcey Glegg continued to grow and put on weight.

After 64 days in the hospital under the watchful eye of her dedicated doctors and nurses, she was ready to head home with her parents shortly after Christmas, just in time for New Year’s Eve.

"She was the best present," Gill said.

After going home with her parents, Gill and Mark, little Darcey Clegg only continued to defy the odds. Though born 3 months early, this premature baby continued thriving, developing into a happy and healthy child.

"She started walking a bit late, but it was an amazing moment," Gill said. "She is a dream."

RELATED: Premature Newborn Baby the Size of a Superman Toy Looks So Different After Miraculous Survival

From a preemie inside a sandwich bag fighting to survive to an excited schoolgirl, Darcey Clegg proves miracles still exist. And each milestone serves as a powerful reminder for her parents of just how much their little girl has overcome.

"It's so emotional to see her start school. We've got her uniform and everything ready to go," Gill said.

YOU MAY ALSO LIKE: World's Most Premature Baby Given 0% Chance Of Survival Proves Why You Never Say Never

This premature baby born 3 months early is a beautiful reminder of how nothing is impossible for our Mighty God!