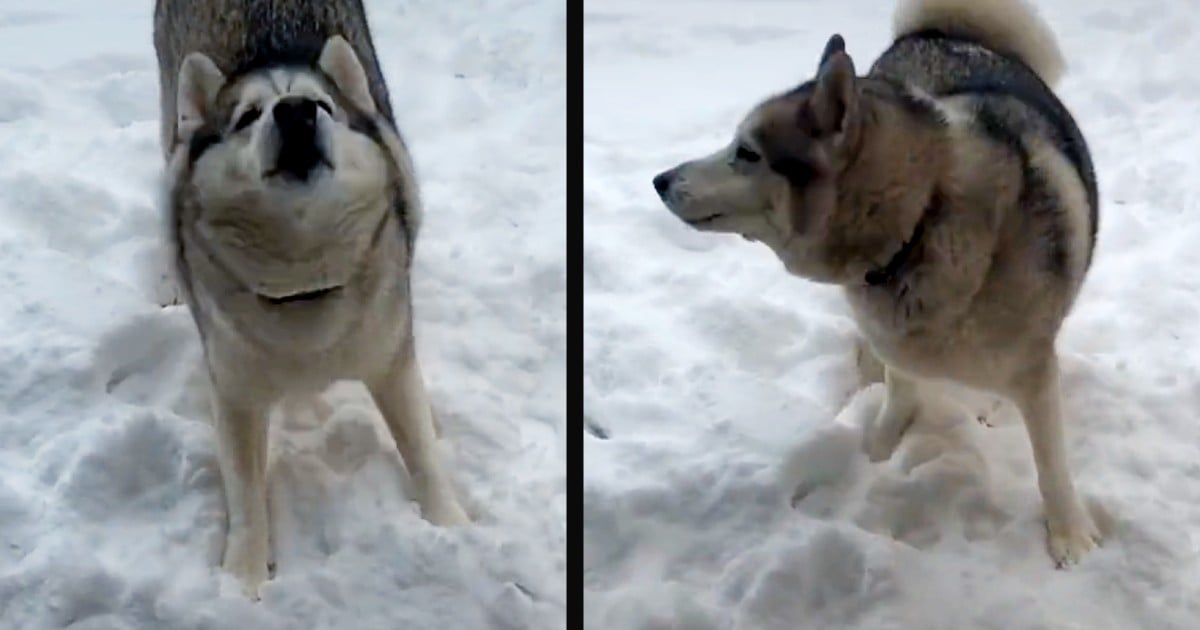 Siberian Husky Says No, Literally, Every Time His Mom Tries To Bring Him Inside From The Snow
Read Article »

One puppy born with 6 legs is fighting against all the odds and thriving despite her situation.

This newborn puppy, Skipper, is a border collie and Australian shepherd mix that was born on February 16. And she has eight other brothers and sisters. But unlike the rest of her littler, Skipper was born with 6 legs!

RELATED: Siberian Husky Says No, Literally, Every Time His Mom Tries To Bring Him Inside From The Snow

“This is a miracle named Skipper. Literally,” writes Neel Veterinary Hospital in Oklahoma on its Facebook page. “She has survived longer than we suspect any other canine has (at just 4 days old – published research does not indicate one has been born alive) with her combination of congenital conditions. You might notice she looks a little different – 6 legs!”

The post continues: “The ultrasound, along with radiographs, showed that she had two types of congenital disorders, called monocephalus dipygus and monocephalus rachipagus dibrachius tetrapus, which means she has one head and chest cavity but two pelvic regions, two lower urinary tracts, two reproductive regions, two tails and six legs, among other things.”

Dr. Tina Neel, owner of the Neel Veterinary Hospital, donated the services of an abdominal ultrasound so that the doctors there could determine the diagnosis for this special puppy.

But even with the diagnosis given to Skipper, she is still doing great, despite the odds stacked against her!

“She is a strong girl! She loves to nurse and is able to scoot around just like a regular puppy. We think that she may have some things to overcome, but she is determined right now and thriving. Our veterinarians and her family don’t see any reason not to give her the best chance a great life,” says Dr. Neel.

YOU MAY ALSO LIKE: Man's Cat Went Missing And Then Reappeared 15 Years After Vanishing

“We will continue to research her conditions, monitor her development during rechecks, and help keep Skipper pain-free and comfortable for the rest of life."

This is a miracle named Skipper. Literally. She has survived longer than we suspect any other canine has (at just 4 days…