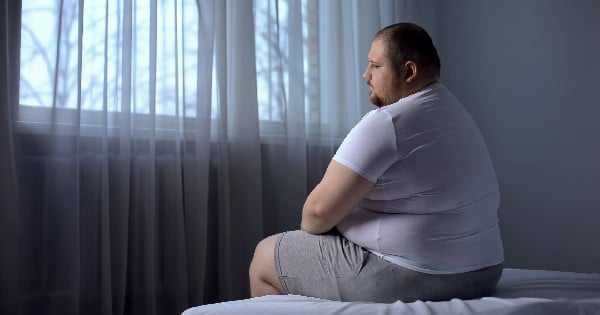 This Man Was Bullied For Dancing. You’d Never Believe What Happened Next!
Read Article »

I was lost but now I’m found.

You’ve heard of the story in the Bible about the prodigal son. You know, he leaves a home that offers him everything he could ever need or want. Only to learn that life on his own, away from his Dad and his God, leaves him sleeping and eating with the pigs. YUCK!

Well, here’s a story about the ‘prodigal wife’ and how she got her life straight with God AND her husband. Here’s the TRUTH about God’s power, love and grace.

Jeanette Johnson grew up dreaming about having a "happily ever after" life. But after being raised in a family plagued with sexual abuse, marital affairs, and deceit, she left her own marriage for another man and nearly lost the hope of making her dream a reality.

In her adult life, Jeanette longed for the healthy, happy family of her own that she had never experienced growing up. However, she and her husband Carey had no idea how to have a joyful marriage. Although Carey became a Christian at the age of 18, he never shared that experience or his relationship in Christ with her. Jeanette gradually became miserable and began to despise her husband.

Without forgiveness and a willingness to work on her marriage, Jeanette opened the door to sin and left her husband for another man.

Attracted to the director of the preschool her children attended, she applied for a job at the preschool and soon found herself engrossed in an affair. Two months into the secret relationship, Jeanette and the director each separated from their spouses to be together.

One thing that stood out to Jeanette when pursuing the director was that he was a Christian. After the two began to date publicly, they began attending church services together. She had no interest in Christianity itself, but observed that the types of happy "normal" families that she desired would attend church.

With that, she thought that dating a church-goer was the first step to finding a happy marriage. Jeanette and the director began attending church together during a "40 Days of Marriage" series. Instead of using the marriage series as a tool to work on her own marriage, Jeanette simply planned to utilize what she learned in a future new marriage with the director.

Jeanette never once questioned the morals of her new boyfriend who claimed to be a Christian as he committed adultery. Instead, she continually meditated on her dream of the two of them ending up together. Whenever she would pick up her children from her husband's home, he would plead with her, heartbroken and weeping on his knees, to take him back.

Knowing that she was hurting her husband and her children was irritating and insignificant to Jeanette, because her happiness was the only thing that mattered to her. The focus was solely on her alone, and it did not matter how her decisions were affecting those who loved her.

One evening, as Jeanette was driving home with her children asleep in the backseat, Carrie Underwood's song, "Jesus Take the Wheel," came on the radio. As she listened to the lyrics, Jeanette fell apart. Suddenly, she saw her double life - the life with her husband and the life with the man she had left him for. She remembered the affairs and abuse in her childhood, and she realized she couldn't and didn't want to walk the road alone.

Jeanette knew that she needed Jesus.

That night when she got home, she knelt and prayed for the first time. Sobbing, she begged Jesus to rewrite her path and take control of her wheel. She apologized for her sins and asked to be his child.

Proverbs 3:6 teaches us, “In all your ways acknowledge Him and He will make your paths straight.”

She approached the man she had left and was welcomed back with gracious loving arms without judgment or anger. Without her knowing, her husband had been following and trusting God himself through the separation. He had only love and forgiveness for his wife.

Jeanette’s return home brought her the “happily ever after” she’d always dreamed of. Jeanette and Carey agreed to let God take control and to trust and follow him together. They had learned that a happy marriage is a Godly marriage. As their relationship with God grew, their marriage strengthened and they grew closer to each other.

With marriage counseling, spiritual growth classes, small groups and marriage seminars, Jeanette and Carey grew back together. They were also baptized together as a public declaration of how Jesus had changed their lives once they let him in.

Today, Jeanette and Carey continue to grow in their faith and in their love for one another. They prioritize God in their marriage by making him first and each other second. After a long journey, Jeanette's return home got her the "happily ever after" she'd longed for. And because it was God's happily ever after too, it was far beyond anything she ever dreamed.

Thank you God for stories and testimonials of only the kind of love that can come from you! Stories like Jeanette and Carey’s are sad to hear yet offer such inspiration to other couples. Forgiveness is NOT easy but can be obtained and given with your help.