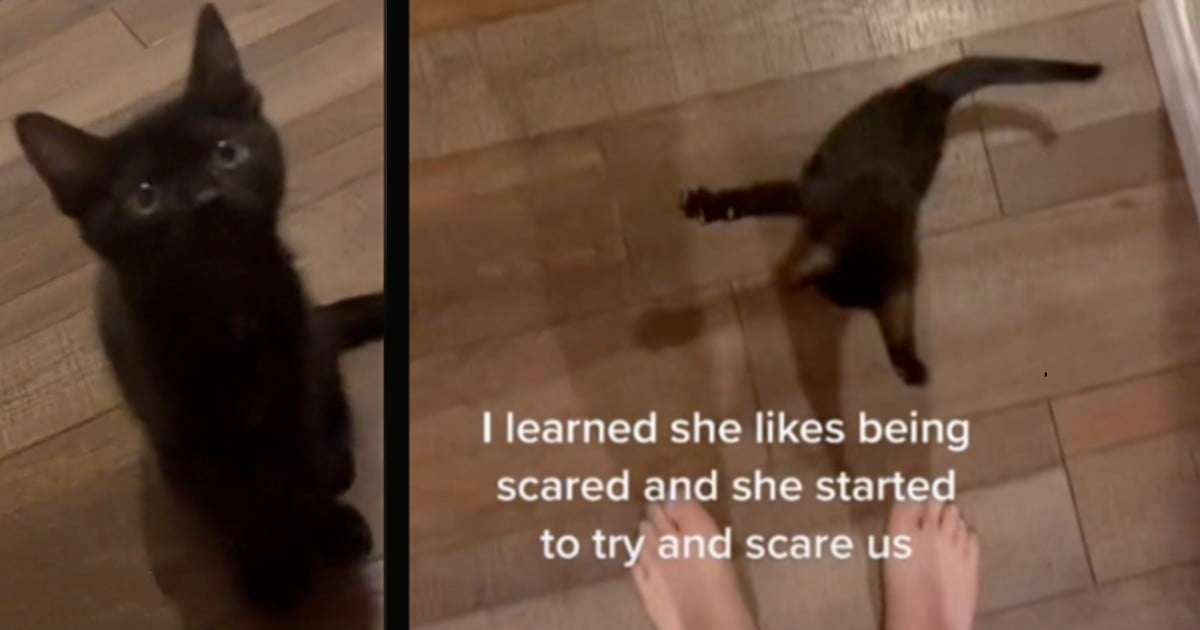 This goofy rat that got stuck in a sewer grate caused a scene when an entire team of firefighters had to free the chubby guy. Hopefully, she doesn't get embarrassed easily since the whole world has seen her conundrum!

Michael Sehr, a local animal rescue worker showed up to try and get her out. He said, “She had a lot of winter flab and was stuck fast at her hip – there was no going forward or back.” I know I can relate to that ‘winter flab!'

Since Michael couldn't get her out through the top, he had to call the firefighters to bring the big guns.

RELATED: Rescuers Baffled By Raccoon Stuck In A Drain Must Come Up With A Creative Way To Save Him

In the clip, you can see a whole crew of firefighters attempting to figure out the puzzle. They used heavy-duty tools to lift the manhole cover while the rat squirmed and squeaked.

Yes, these sewer creatures can be gross and diseased, but those pictures are just too cute!

Passerbys wondered why all the time and effort was going into freeing the rat stuck in the sewer grate. Michael said, "Even animals that are hated by many deserve respect." No human or animal should have to suffer like that!

RELATED: Tense Footage Shows Brave Firefighters Refusing To Give Up On Dog Rescued From Burning Home

For almost half an hour, the team worked to free the rat. They propped up the heavy grate with huge blocks. Someone had a hold of her with a animal control tool while someone else managed to squish her out through the bottom of the hole.

Soon enough, the chunky gal was freed and placed back into the sewer. Home sweet home! Surprisingly enough, she didn't immediately scurry off. Maybe, she was traumatized or maybe she lingered to let them know she was grateful.

YOU MAY ALSO LIKE: Dog Stuck In Tar Barks And Barks Until Construction Workers Finally Save Him

The girl that called animal rescue thanked the firefighters and Michael for taking the time to save the sewer rat. She even drew a picture of the rat surrounded by hearts to give to Michael!

People like this are truly living His word. God bless all of them!

LISTEN: Man Trapped At Sea Spent More Than 14 Hours Clinging To Buoy And Waiting For Rescue; Selfless Mom Died Saving Her Twin Boys After Using Her Body To Shield Them In Crash