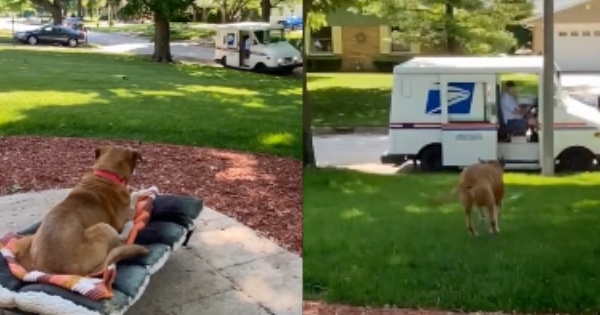 A real-life Lassie saved not only the day but also his owner's life, and he happens to go by the name of Saul! Rescuers can hardly believe it when this real-life Lassie leads them to a man who fell 70 feet in the Tahoe Forest.

A man and his best furry friend Saul had been out for a hike in the gorgeous outdoors when the man tripped and fell off of the trail. When he finally came to a stop at the bottom of the ravine, he quickly realized he was in trouble.

With a broken hip and ribs, there was no way this man would've been able to climb up and get help. Thankfully, this man had a furry angel watching over him!

After more than twenty-four hours had passed before he was reported missing. Rescuers quickly got to work calling family and friends to answer the question of where he might have gone.

Then they pinged his cellphone, and they could pinpoint his last location. With the help of a friend, they realized he had been out hiking. And his friend said something that likely saved his life. "Look for Saul."

That directive paid off blessings that were multiplied because Saul is the real-life Lassie. Not only did Saul run ahead to get help, but he was also jumping up and down on top of spinning in circles to get searchers to follow him. Saul led them 200 yards further into the ravine to his owner, who had made a makeshift shelter until help would arrive.

Had it not been for Saul, rescuers may have never found his owner. They then life-flighted the man to the nearest hospital. But don't worry, Saul was well taken care of too. He was given the finest dinner possible along with the best treats. And most likely a good pat down or two because no one could believe a real-life Lassie actually existed.

"At first, we didn't believe it because it sounded like a movie. When they came back and actually described it to us, the reality was that they had followed the dog directly to the victim," said Sargent Dennis Haack, who works in the Nevada County Sheriff's Office Search and Rescue.

A man's life was saved, all thanks to man's best friend. This incredible story about a real-life Lassie is a reminder that all creatures are created by God for God's purpose: to love and protect. Can you imagine the bond this pair has? I bet it is a blessed bond of friendship indeed.

YOU MAY ALSO LIKE: Dog's Heartbreaking Cry Leaves Owner Baffled Until Doctors Discover A Serious Illness

"The angel of the Lord encamps around those who fear Him, and He delivers them," Psalm 34:7