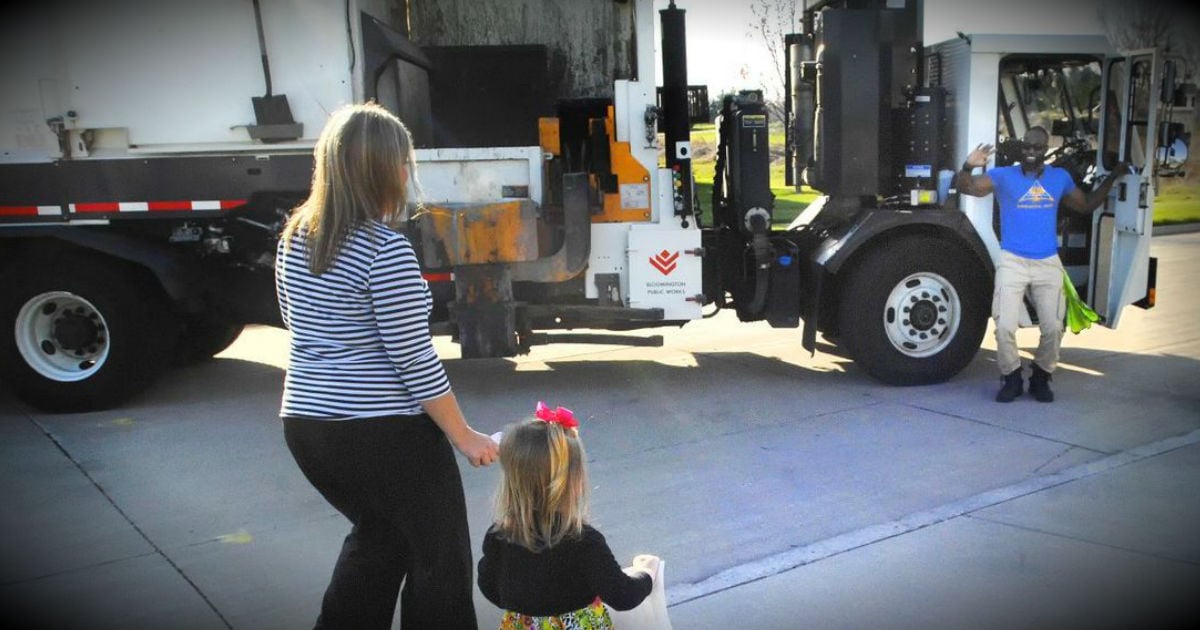 An Act Of Kindness For Grieving Police Officers

After spending the morning saying a final farewell to one of their own, 9 grieving police officers stopped off at Red Robin for a meal. It didn’t take long for their waitress, Jessica Dunbar, to pick up on the somber nature of the gathering. And so, she decided to do something very special.

The officers had come from the emotional funeral of SWAT Officer Steve Smith, which was attended by thousands of family, friends and colleagues. 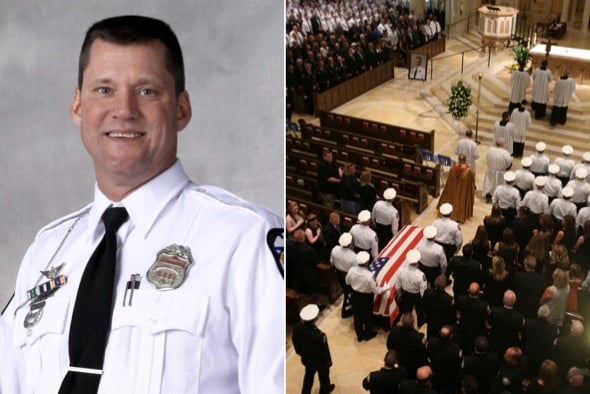 Officer Smith was shot during a standoff that took place when the SWAT team attempted to serve an arrest warrant to an arson suspect. Two days after the shooting, Officer Smith succumbed to his injuries, leaving behind his wife and two children.

The pain felt by the grieving police officers was palpable. Then, Jessica overheard one of the officers say,

"It's always a rough day when you've gotta put a brother in the ground." 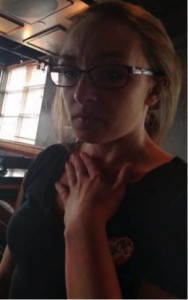 The comment deeply impacted the waitress who is a mother herself, as well as the daughter of a retired police officer. That’s when she knew she just had to do something nice.

And so, when it came time for the $123 bill to be paid, Jessica picked up the tab. The table of grieving police officers received this instead. 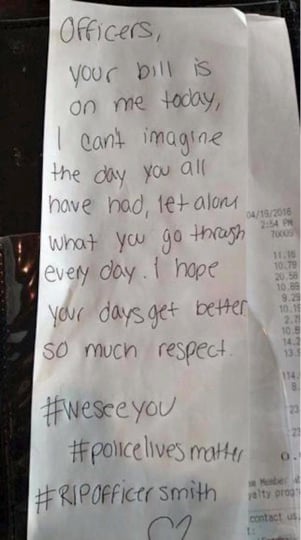 Jessica’s random act of kindness stunned the officers, who say that the gesture truly touched their hearts. For Jessica, however, it was an honor to be able to give back to the heroes that serve and protect us every day.

“Just to have a bunch of police officers. . .men and women that protect us. . .that’s what they do, and people look up to them. And to have them shake my hand, and say thank you to me — that was incredible,” she says.

See why this man spent two hours sitting alone at a Denny’s restaurant! 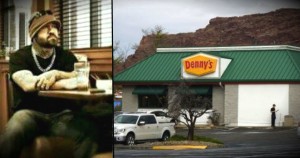