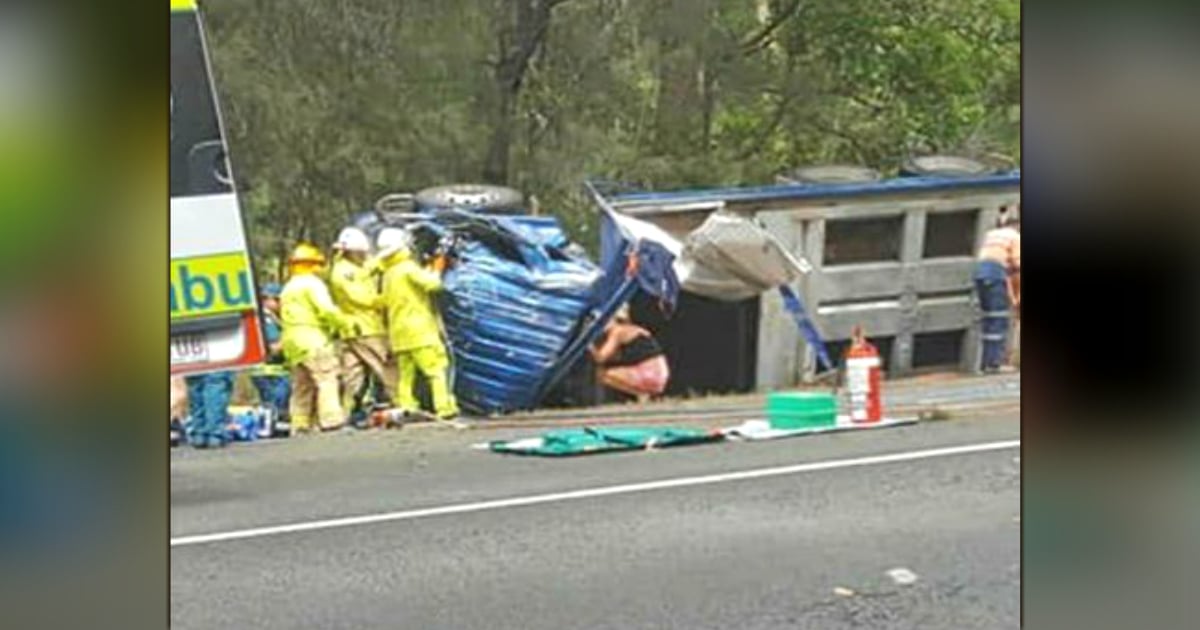 It was a bittersweet moment as rescuers pulled a newborn baby from a storm drain in South Africa. No one knows just how the baby got there, but thank God the child is safe now.

When residents of Durban, South Africa heard cries coming from a storm drain, they knew something was seriously wrong. One of the strangers climbed down into the drain and saw a horrifying sight.

The cries were coming from a newborn baby girl. And the residents knew something had to be done.

First responders quickly came to the scene after the urgent call came in. But pulling the baby from a storm drain would be no easy task.

First, crews carefully dug up the area. Then, using a hammer and chisel, rescuers had to break into the drain. The four-hour operation ended in relieved cheers once responders safely retrieved the baby girl.

The miraculous video shows the bittersweet moment rescuers pulled the baby girl from the drain and carried her to safety. Paramedics then rushed the child to the hospital where doctors assessed the infant’s condition.

‘I thought it was a kitty cat’ – resident helps rescue baby stuck in a drain https://t.co/CFg9r2kjVo

With the umbilical cord still attached, doctors estimate the child at no more than three days old. Thankfully, though, God kept her safe. Despite the traumatic conditions, the newborn girl sustained only minor injuries.

“I think any child who survives any amount of hours – and it sounds like it was at least four to five hours – in a stormwater pipe on days two or three after birth is a miracle. It is mercy from above that she is alive,” said Dr. Timothy Hardcastle, who is treating the girl.

Authorities launched an investigation and a woman believed to be the baby’s mother was arrested. She faces a charge of attempted murder.

Children are truly a gift from God. So, it’s heartbreaking to think someone could so heartlessly dump their baby in a storm drain, like a piece of trash. Thankfully, these bystanders stepped in to help get this newborn girl to safety.

We pray the worst is over for this precious child and that God will lead her to a safe, loving home.

WATCH: Rescuers Pull A Newborn Baby From A Storm Drain

"Behold, children are a heritage from the LORD, the fruit of the womb a reward. Like arrows in the hand of a warrior are the children of one’s youth. Blessed is the man who fills his quiver with them! He shall not be put to shame when he speaks with his enemies in the gate." Psalm 127: 3-5

YOU MAY ALSO LIKE: Newborn Baby Girl Gets Rescued After Parents Buried Her Alive