Most fear rabies from a raccoon bite. But for Melissa Loomis, it wasn’t rabies that threatened her life and took her arm. Melissa’s doctor, Dr. Ajay Seth, went above and beyond to save her, making medical history in the process. And the book Rewired covers all of Melissa’s unbelievable, yet true story, proving God sometimes performs His miracles through human hands!

***WARNING: Some images may be too graphic for some audiences***

Melissa Loomis has a heart for animals. So in 2015, when she found her two dogs barking furiously at a raccoon outside her Canton, Ohio home, she feared for the raccoon. She didn’t want her dogs attacking the creature.

But when Melissa went to retrieve her pets and shoo the raccoon away, the feral animal launched itself at her arm.

“I knew he bit me, and I could just feel electricity shooting down my arm," Melissa recalled.

RELATED: Man Thanks God For New Perspective On Life After Surviving Deadly Attack

Melissa’s husband, Neil, rushed her to the emergency room. The doctors there followed the typical protocol, treating Melissa for rabies and prescribing antibiotics.

But as it turns out, the raccoon that bit Melissa didn’t have rabies. Instead, it suffered from a severe infection. The bacteria from the bite nearly cost Melissa her life and set her on an unbelievable journey, detailed in the inspirational book, Rewired. 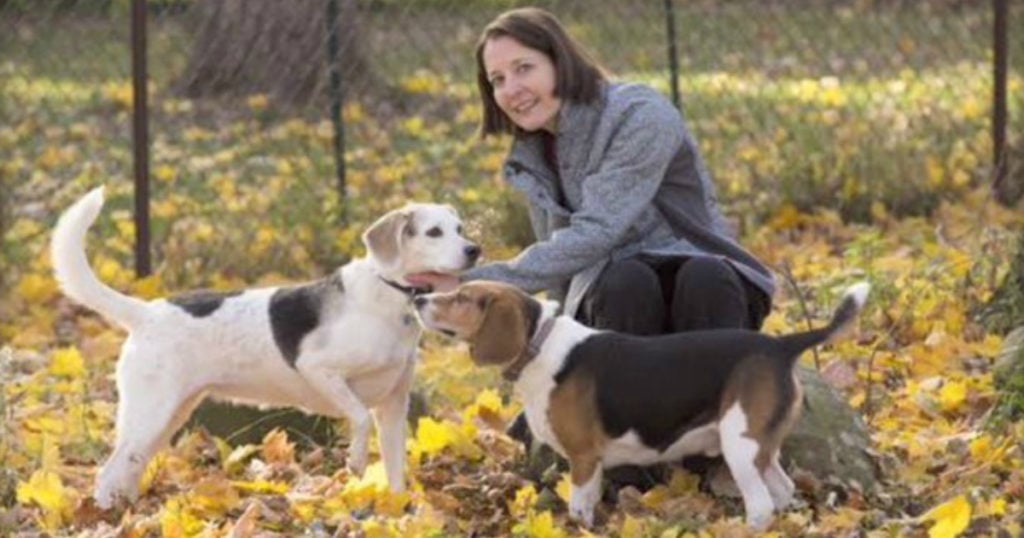 A week after her ER visit, Melissa Loomis returned to the hospital because her arm was still painful and swollen from the raccoon bite. Oral antibiotics weren’t doing the trick and antibiotics through an IV didn’t work either.

And that’s when Dr. Ajay Seth got involved.

The fact that all the usual protocol didn’t cure Melissa’s infection was certainly bizarre. But Dr. Seth had never had a patient lose an arm from an infection. And he didn’t plan to start now.

“Melissa will not lose her arm,” Dr. Seth vowed.

Little did they know it, but this was the beginning of an unbelievable journey for both Dr. Seth and Melissa. Melissa underwent 9 surgeries and endless suffering.

“I would just lay there and think, ‘I’m gonna die’,” Melissa recalled.

Dr. Seth did all he could to make good on his promise. But the bacteria from the raccoon bite was far more severe than anyone realized. 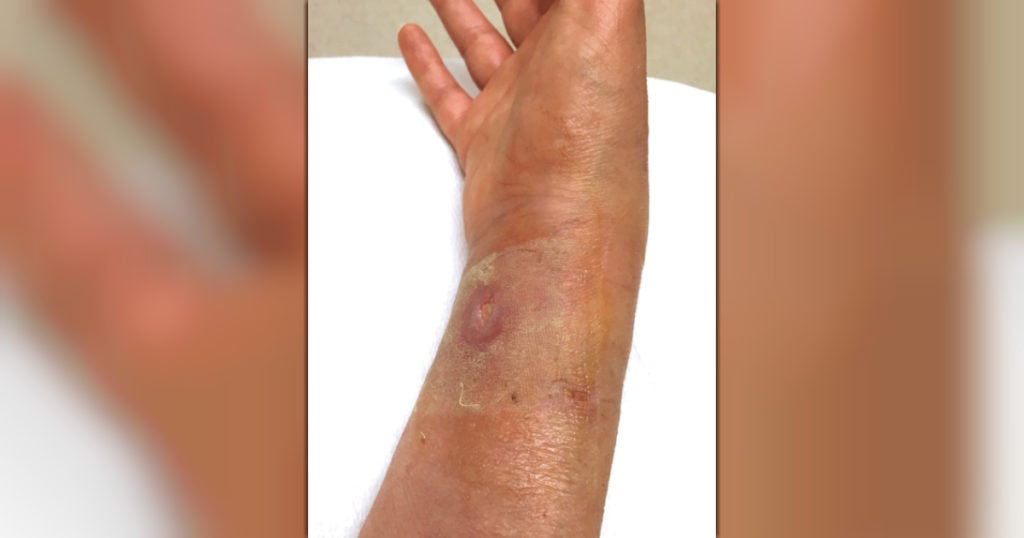 “When I made the first incision, all this bacteria came pouring out. It was a hundred times worse than I thought it was,” Dr. Seth said. “This was absolutely the worst infection I’ve seen in my entire career.”

Then, the unthinkable happened.

The infection from the raccoon bite turned Melissa’s arm septic, leaving Dr. Seth no choice but to amputate.

It broke Dr. Seth’s heart when he was unable to “live up” to his end of the deal and save Melissa’s arm. He recalls the difficult moment when he had to break the news to Melissa and her family in the fascinating book, Rewired :

“I smiled at Melissa, gripped her hand, and tried to be encouraging, but I found I couldn’t speak. I had to turn my back and consult the computer. There was nothing on that screen I really needed to see; I didn’t want to show her my face. My eyes were wet, and even with the surgical team there, my mind was scrambling for some alternate route, some way to save her arm and the daily life she knew.

I swallowed my emotions and looked closer at Melissa. She was, once again, the picture of calm. What should I say? How could I talk with her about losing an arm for the rest of her life? ‘Melissa,’ I said gently, ‘I’m sorry. I’m so sorry I couldn’t save your arm.’ Every one of those words was like a hot coal on my tongue.

I met her eyes and saw trust, somehow — the full trust a patient places in a doctor. IV lines were attached to both arms. Compression stockings were on her legs, and an array of monitors beeped as various personnel hurried back and forth.

~ Excerpt from Chapter 18 of Rewired by Dr. Ajay Seth 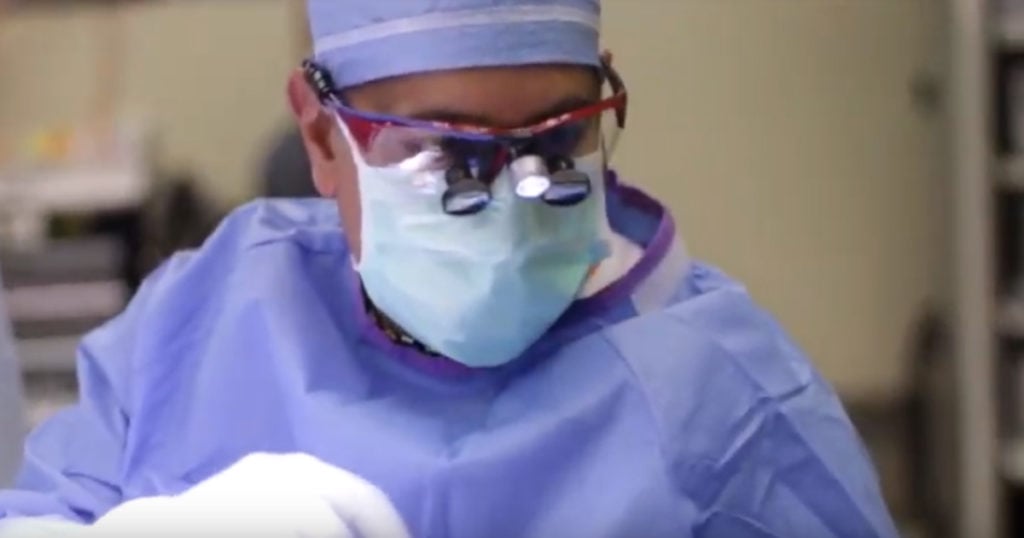 A Doctor Willing To Go Above And Beyond

While the failure to save Melissa’s arm weighed heavily on Dr. Seth, God was using a raccoon bite to prepare these two for something much bigger. Dr. Seth was by Melissa’s and her family’s side every step of the way. Through all of the struggles, Melissa Loomis and Dr. Ajay Seth forged a special bond, far exceeding the usual doctor/patient relationship.

Following the amputation, which saved Melissa’s life, Dr. Seth remained amazed at her perseverance in the face of such disappointment. And Dr. Seth was so determined to help, he found himself making yet another promise:

“Melissa, I’ll make you the most advanced amputee the world has ever known.”

But it was definitely going to take God’s help to do that. And as it turns out, God had already been sowing the seeds for this very promise.

During Melissa’s recovery from her amputation, Dr. Seth received an email reminding him of an upcoming medical convention in Seattle, Washington. The invitation was a result of a God-ordained connection he’d made long before ever meeting Melissa.

At first, the timing of the conference seemed terrible. Melissa had been battling a fever for weeks and Dr. Seth refused to leave her side. But just as some other pieces fell perfectly into place so Dr. Seth could attend the convention, Melissa’s fever miraculously cleared up, too.

And soon, both Melissa and Dr. Seth would see that all of this was a part of God’s bigger plan. Dr. Seth was meant to be at that conference!

While at the convention, Dr. Seth stumbled upon a lecture on Advancements in Amputations and Prosthetics. There, he learned about a revolutionary surgery in development called “Targeted Muscle Reinnervation” — a rewiring of nerves so an amputee could use their brain to operate and control a prosthesis.

“Had he not been at that conference or been to that lecture, he wouldn’t have even known the surgery existed,” Melissa said.

Dr. Seth knew this was precisely the surgery he needed to perform on Melissa. But as a local, small-town doctor, he compared his desire to utilize this cutting-edge technology to “hearing about rocket science for the first time and asking if you could build a space station yourself.”

Melissa was game for trying the procedure. And though the task seemed daunting, both Melissa Loomis and Dr. Ajay Seth trusted God to see this through.

On December 10, 2015, after a surgery lasting longer than 16 hours, Dr. Seth succeeded in re-routing the nerves in Melissa’s upper arm. This gave her the ability to move her prosthetic hand with her brain. That means Melissa need only think of what she wants her prosthetic hand to do and it obeys.

“We now have tricked her brain into thinking that she regrew an arm,” explains Dr. Seth. “Whatever her brain says, the prosthesis does.”

Dr. Seth was the first surgeon in the United States to ever perform this cutting edge surgery. And in addition to being able to move her prosthesis with her brain, the surgery blessed Melissa with something else.

Melissa Loomis is the first person in history to actually feel with a prosthetic hand!

Dr. Seth promised to make Melissa Loomis the most advanced amputee ever after a raccoon bite took her arm. And he did just that.

“She [Melissa] is the most advanced amputee in the country,” Dr. Seth explained. “There isn’t really anybody in the world who can now feel all of their fingers and move a prosthetic arm with their brain simply by just looking at it.”

Dr. Seth also knows he’s only partially to thank for this bionic miracle. His hands and steps were guided by those of the Great Physician.

“I really just put some nerves together,” Dr. Seth said. “There has to be God involved. Without God and Melissa, who’s the most amazing person, to make this surgery work… it’s between that combination that this surgery worked, no question.”

And that’s why Dr. Ajay Seth and Melissa Loomis worked to turn this incredible, true story into a book called Rewired.

Melissa’s and Dr. Seth’s powerful journey is told in Rewired, a book filled with God’s promise to work all things together for good.

Melissa Loomis probably never imagined an unexpected raccoon bite would leave her fighting for her life. And amputation would change it forever. And yet, the pages of Rewired show how, even in the darkest times, God was using Melissa’s pain to serve a greater purpose.

“I think it’s a story that is going to convey how God can pick certain people to change the world,” Dr. Seth says. “And I believe if we don’t convey that and spread the word, it would have just stayed between [Melissa] and I and our local community.”

The revolutionary surgery completely changed Melissa’s life. But it doesn’t just stop there.

This medical miracle holds the potential to help so many other amputees around the world. Just think — because of these advancements, many of our brave veterans who’ve been wounded in combat could one day be blessed with prosthetics that work and feel just like the limbs they lost while serving their country.

And God is behind all of it! He is the one who turned a near-fatal raccoon bite into a world-changing breakthrough.

Be sure to check out the full, inspirational story by reading Rewired, on sale January 8, 2018. Find out where and how you can get it by clicking HERE.

YOU MAY ALSO LIKE: 24 Divine Intervention Examples that Shows God's Hand at Work