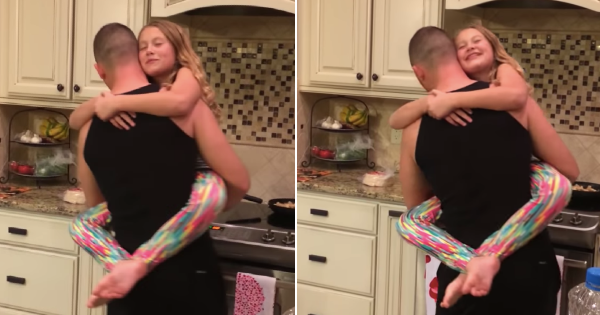 Tennis player Roger Federer honors the promise he made to a young fan back in 2017 and does so 5 years later!

Izyan Ahmad, also known as “Zizou”, is a huge fan of Roger Federer. And Zizou was actually at the U.S. Open press conference in 2017 when he asked the tennis star a question.

“Can you please continue to play for eight, nine years so that I can play you when I go pro?” Zizou asked Roger.

“Yes,” Roger replied, laughing. To which Zizou said, "Is that a promise?"

“Pinky promise,” Roger Federer said with a big smile on his face.

Roger Federer Honors The Promise He Made Young Fan In 2017

Recently, Roger was able to fulfill his promise to Zizou and surprise him with a tennis match. The surprise was thoroughly planned out. Zizou flew to Zurich, Switzerland thinking he was going there for tennis training with his couch.

Once he got there, he was brought to a table and was asked to get his picture taken with the chef who was a fan of his. Then Zizou was brought to a tennis court where many young fans were cheering his name. He was overwhelmed with the attention he was getting!

But the next surprise made Zizou speechless. Soon, the young tennis player saw Roger Federer walking toward him on the tennis court! He couldn't believe it!

YOU MAY ALSO LIKE: Little League Batter Gets Hit In The Head And Goes Viral For His Compassion For The Pitcher

The two tennis players enjoyed a game playing one another, a dream come true for Zizou! What an amazing surprise and a special moment that these two athletes will always cherish.

WATCH: Tennis Player Honors Promise He Made To Young Fan