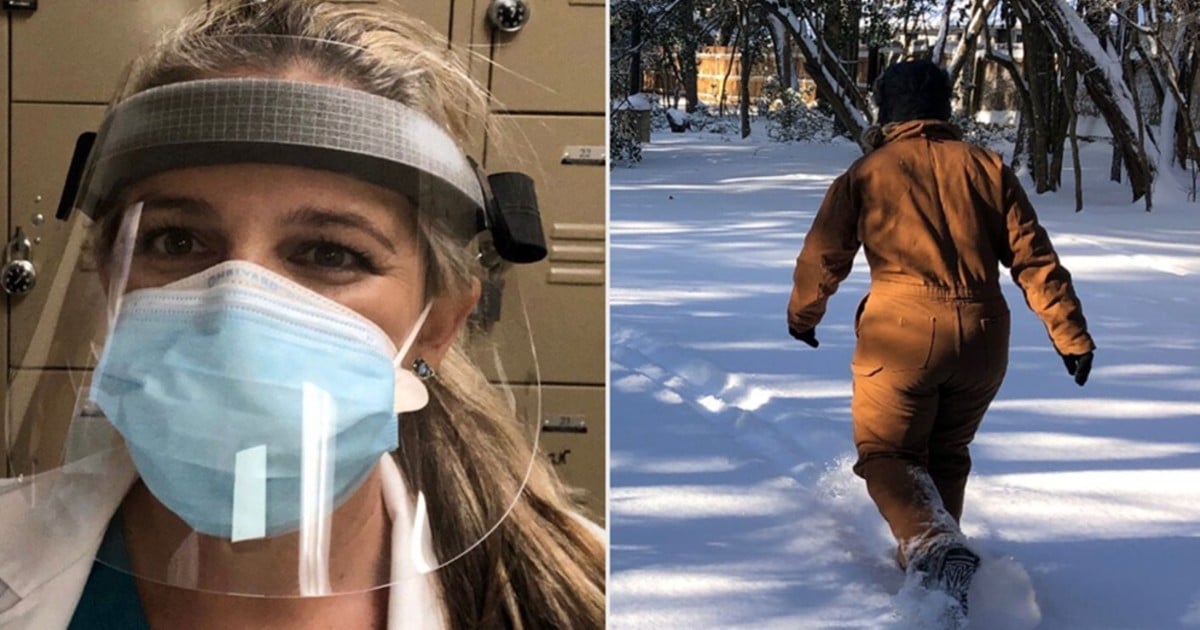 A choking boy was rushed to the hospital by his father in a state seemingly devoid of power in most places.

Mike Hixenbaugh is a father, and an NBC News Reporter based in Texas . He retold his emotional story via Twitter, which all started with a scare. He said, "My toddler choked on a peanut in our dark house."

“I couldn’t get a clear and consistent cell signal to contact someone for help from inside our freezing house with no power or running water.”

After Winter Storm Uri, Mike and his family were like many others, unable to access the modern conveniences like water and electricity they once had. The storm had taken those things away.

Unable to get help from inside his home, Mike got his son in the car along with the rest of his family and rushed to the hospital “across town on icy roads”.

Father Rushes To The Hospital With Choking Son

The father of four said in a tweet that the hospital "does not have enough water pressure to flush toilets.” That's how dire the situation has been in Texas. The hospital in fact had been getting water delivered.

Mike learned the situation with his two-year-old son was very dire too. At midnight, now Wednesday, with his son in the hospital, Mike received disturbing news.

“Thank God I had signal at the moment when the hospital called me back and said, ‘Wait, we found something on the CT scan, he needs emergency surgery right now,'”

“I had to zoom back across town…Running red lights, through intersections where there aren’t even lights on, with my three kids in the back because… my wife didn’t want to be separated from us because of the lack of cell service, the lack of power, the lack of water.”

Scary Ordeal Comes To An End

At the hospital, his son did get the care he needed. He survived and recovered. That Wednesday afternoon, the family found themselves back at home.

Been a bit of a week, but better days ahead. I shared a bit of our experience in Texas with @KatyTurNBC on @msnbc. https://t.co/TjZ3qgU2gq

He remarked, "It just feels like we just rolled from crisis to crisis this week.”

YOU MAY ALSO LIKE: Woman Rushes To Hospital For Kidney Stone Pain But Comes Home With Newborn Triplets

Thankfully though, he and his family have thus far overcome their struggles, and may they continue to as they arise. Mike's story is also a reminder to pray for those in other parts of the country when they are going through a crisis. May God help them all. And may we do our part to support them where possible.