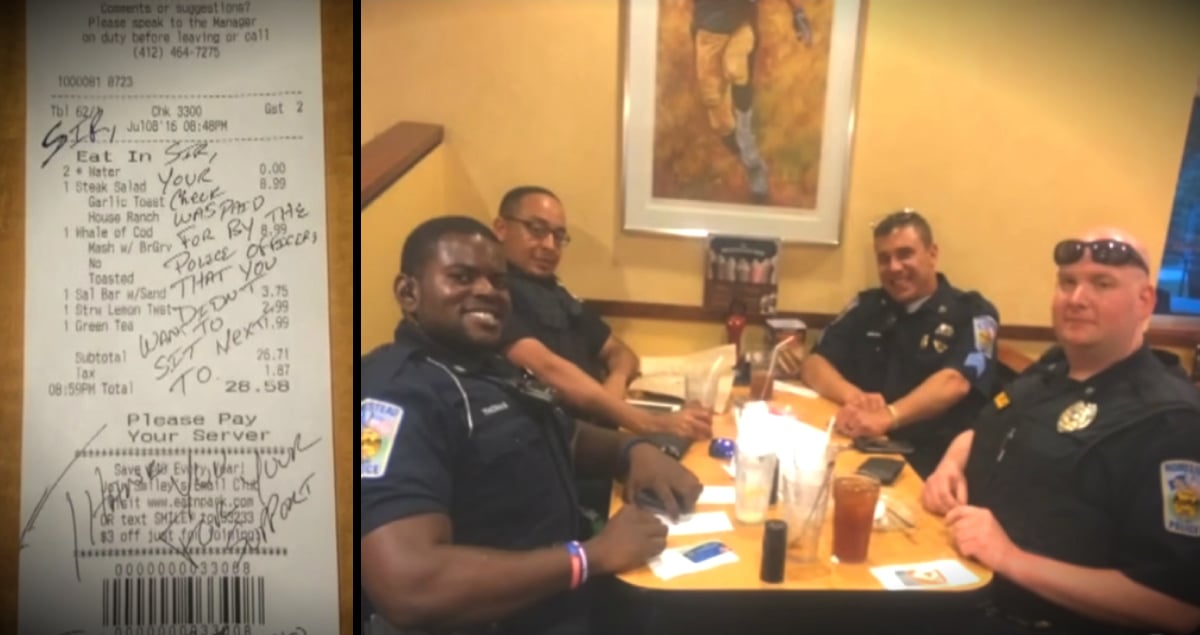 Couple Refused To Sit By Cops, So The Officers Pay Their Tab
Read Article »

There’s no question that Christianity has become a target in today’s times. And now, one group — the Satanic Temple — is going so far as to set up an After School Satan Club in public elementary schools across the country! 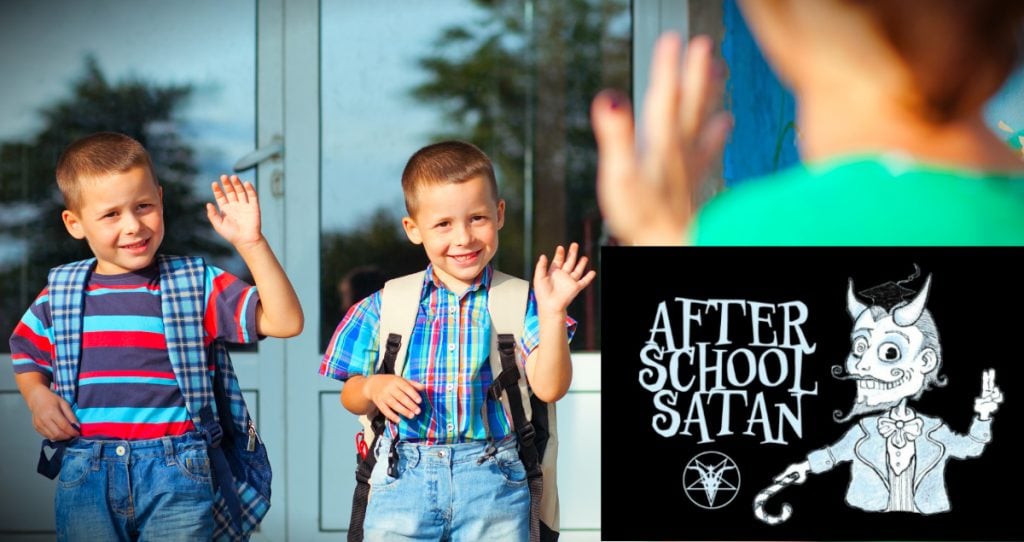 How It All Began

The mastermind behind the proposed After School Satan Club is Doug Mesner, though he prefers to go by the alias Lucien Greaves. 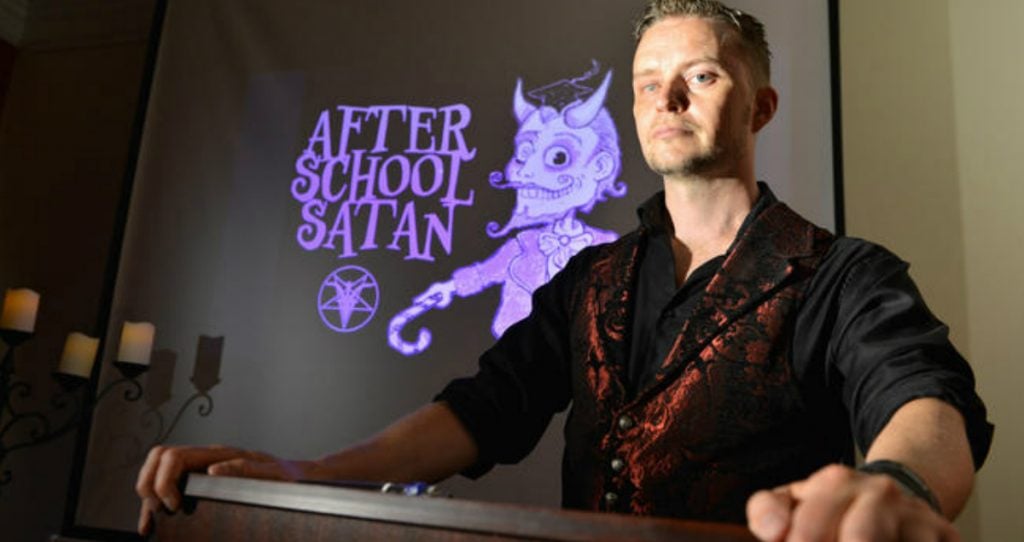 He is the co-founder of the Satanic Temple. And the idea for this club is a direct attack on the after-school Christian clubs that currently exist.

Lucien insists it’s only right for children to have the opportunity to make the choice between Jesus or Satan.

“It’s critical that children understand that there are multiple perspectives on all issues, and that they have a choice in how they think,” he says.

The Satanic Temple is based in Salem, Massachusetts. But the group has chapters located in several states, including New York, Boston, Utah, and Arizona. The group contacted nine school districts across the country, proposing the After School Satan Club. And many of these districts feel they have no choice but to entertain the notion.

In Utah, the Granite School District says there is nothing it can do to stop the group, so long as they meet all of the set requirements. That includes paying rent. However, a spokesman did say the Satan club is not allowed to hang fliers in the school or talk to students during school hours.

Springfield Public Schools in Missouri said they are reviewing the request. They made sure to point out that “granting requests to use the district’s taxpayer-funded facilities does not constitute the district’s endorsement.” The Prince George’s County, Maryland school district has pretty much said the same thing.

RELATED: School allegedly sends police officer to a 7-year-old’s house because of the Bible verse his mom packed daily in his lunch

Out To Cause Division

Believe it or not, the Satanic Temple is not actually supported by the Church of Satan — the organization that claims to be the official voice of true Satanism.

Lucien admits that the Satanic Temple does not actually worship Satan, demons or any other form of what he calls “supernaturalism.” Instead, they adopt an atheist point of view. Meaning, the primary goal of the After School Satan Club is to simply oppose the Christian groups already available to the students!

And it’s not the first time. 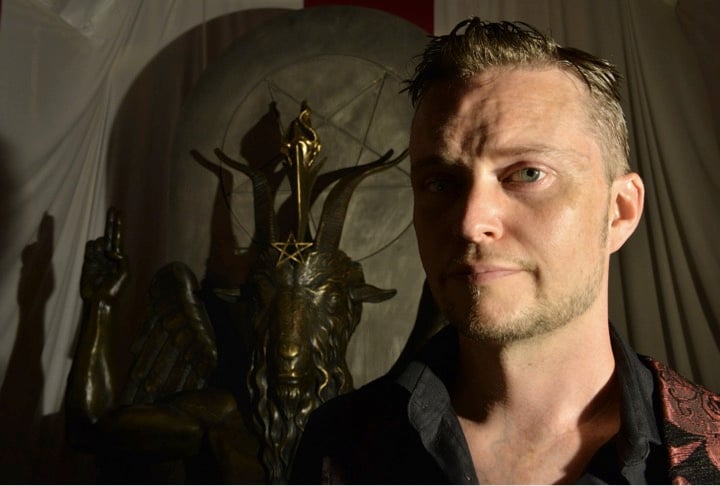 “Lucien” in front of the Baphomet Statue at The Satanic Temple’s meeting house in Salem Credit: Josh Reynolds/For The Washington Post

Previously, the Satanic Temple pushed for the installation of an 8½-foot-tall bronze statue of Satan at the Oklahoma Capitol. The reason? So that the statue would stand in opposition to the existing Ten Commandments monument. And while the group did not succeed, the controversy did cause the Oklahoma’s Supreme Court to ban all religious displays on Capitol grounds. 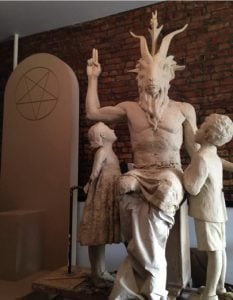 Regardless of whether or not the Satanic Temple claims to worship Satan directly, they are clearly doing the devil’s work. Let’s do the Lord’s work and pray over this matter! We know our Lord has already won the battle against evil, but let us pray that no children are pulled from His path because of one of these clubs.

See what these Christians do when a man says a satanic prayer at a city council meeting!