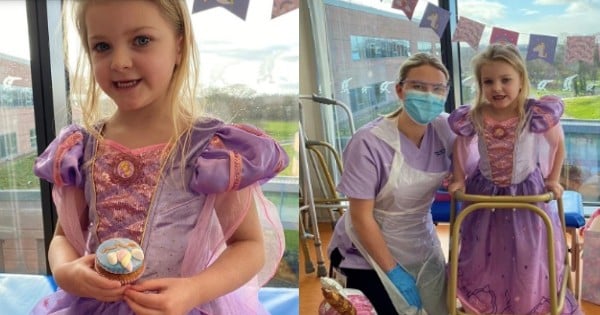 A tragic school bus accident in New York left one 6-year-old boy dead and his heartbroken family in desperate need of prayers.

An unimaginable tragedy in Brooklyn, New York, thrust the family of 6-year-old Shimon Fried into a living nightmare.

Sadly, the unthinkable occurred and the young boy was killed by his own school bus.

Shimon Fried trailed behind his 9-year-old brother as they rushed to board the school bus. The older brother was steps ahead and reached the bus first. At that time, the bus driver closed the doors, unaware the 6-year-old was chasing behind his brother.

The accident happened as the little boy crossed in front of the school bus which was pulling out into the street. Apparently, the bus driver never saw Shimon, continued pulling forward, and the bus hit the child without anyone onboard realizing it.

After the bus pulled away, the driver of another bus spotted the little boy’s body in the road. At first, she thought it was just a doll. But after discovering it was a child, she immediately called 911.

The school bus accident is exactly the type of horrible tragedy that impacts the entire community. Knowing how a split-second mistake changed everything just tears at your heart, whether you know the family or not. Neighbors and strangers alike commented on the collective sorrow over such a terrible tragedy.

“I was crying,” said Mildred Rodriguez, a neighbor from across the street who watched the commotion on the street from her window. “I already knew it was a kid, by the way he was laid out.”

Police are reviewing surveillance cameras and investigating the school bus accident, but no charges have been filed. And even in the face of such misery, the boy’s family isn’t pointing fingers.

"I'm not blaming anybody,” said the 6-year-old’s aunt. “We believe in God, so I have no idea. I guess the people who know more are going to see if it's someone's fault.”

Shimon was one of 5 children. And his heartbroken family will deeply miss him. They describe him as a “happy, great-natured child” who “liked everything.”

"He was a holy child,” the boy’s father, Malky Fried, explained. "He wanted to learn and grow."

After hearing about the school bus accident, many strangers mourn alongside the family. It’s the kind of pain no one wishes for any parent to experience.

"What happened here, it breaks my heart," said a nurse who lives a few blocks away from the family.

And that is why we all need to lift his family up in prayer. May they turn to God in this difficult time and find comfort in the fact that, because of Jesus Christ, death is not final!

“For the wages of sin is death, but the free gift of God is eternal life in Christ Jesus our Lord.” Romans 6:23