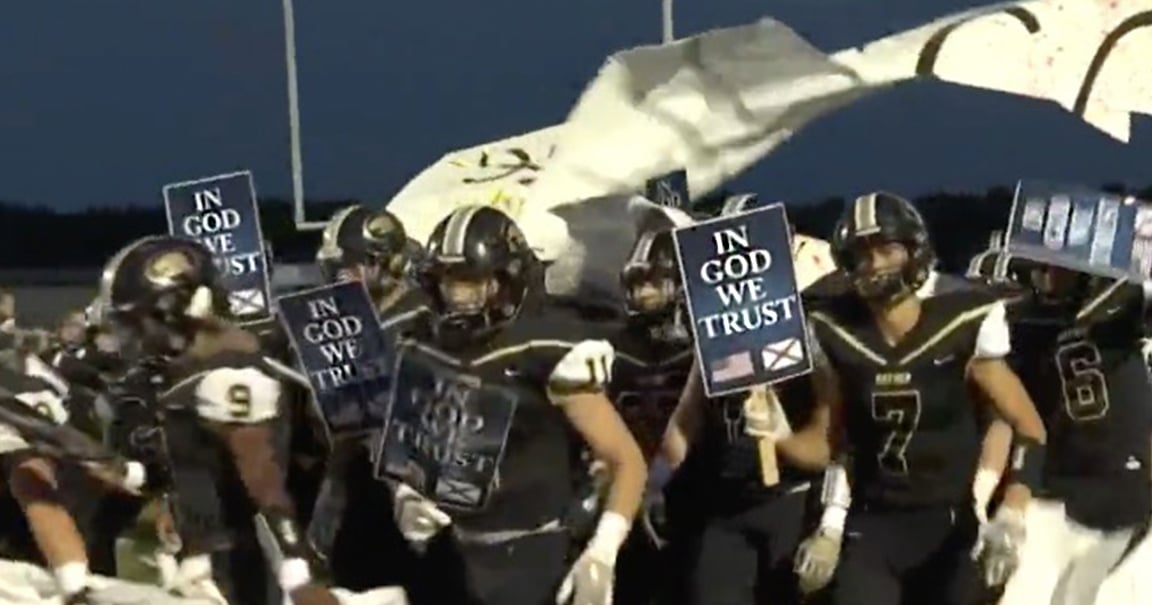 The Freedom From Religion Foundation (FFRF) is notorious for attacking pretty much anything reflecting Christianity. And now, they’re going after a Maryland elementary school's Daily Bread sign as “religious brainwashing.”

Jarrettsville Elementary School in Maryland has a small plaque on display in the lunchroom with seven words from the Lord's Prayer.

"Give us this day our daily bread."

The wooden sign hangs near the doors where students enter to get their lunch. And it’s relatively small in the way of signage — approximately three feet wide and six inches tall.

But according to a national atheist group, the tiny sign is unconstitutional and they want it gone.

The Freedom From Religion Foundation (FFRF) says the sign violates the Establishment Clause of the First Amendment. After a parent notified the group about the school’s Daily Bread sign, the FFRF sent a letter to the school district calling for its immediate removal.

"The plaque at Jarrettsville Elementary is directly from the Christian Bible and is part of the most well-known Christian prayer, the Lord's Prayer," FFRF senior counsel Patrick Elliott wrote in a letter to the superintendent. "Despite the absence of any mention of ‘god' or a concluding ‘amen,' the plaque functions as a prayer."

The sign, the FFRF letter said, is a form of "proselytizing to a captive audience." And the complaint went on to demand immediate action in removing the “unconstitutional religious plaque from the cafeteria wall."

FFRF attorney Annie Laurie Gaylor took the complaint even further, classifying the tiny sign as a form of brainwashing!

"It is disturbing that a public school would be preaching a New Testament message to a captive audience of elementary school kids,” she said. “Children at that young and impressionable age should not be subjected to attempted religious brainwashing."

But even some supporters of the Freedom From Religion Foundation seem to think this case is much ado about nothing.

"I feel like our resources could be used to fight bigger battles than this," wrote Corey Umstott.

Another person, Robbie Grace, wrote, "Just playing devil’s advocate here… While I agree with everything the FFRF stands for… I think this plaque might be a soft violation (but a violation, nonetheless). Yes, nearly everyone recognizes it as a quote from the bible, but it is somewhat ambiguous as it doesn’t mention God, Jesus, Christ, praying, the Bible, or anything else connected with the Christianity. Most non-Christians or lifelong atheists/agnostics would probably not recognize the quote."

The school has yet to respond, but we certainly hope the sign stays put!