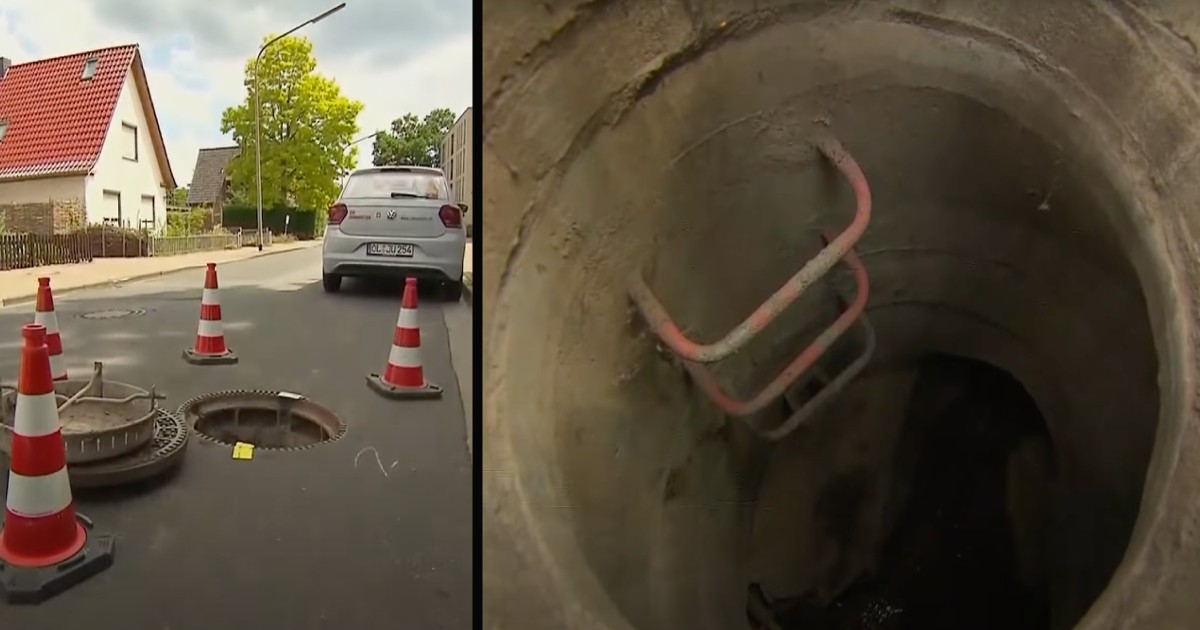 Rescuers Feared The Worst For Boy Missing For 1 Week, Then He’s Found In A Sewer – Alive
Read Article »

A science experiment at home goes horribly wrong and now, a 12-year-old boy needs our prayers.

May we all remember what it was like to be a middle schooler working on science experiments for school. To this day, my middle school uses a plastic cup I had once accidentally set on fire when I placed it above a Bunsen burner instead of a glass cup.

That mix-up not only went up in flames, but the substitute teacher also who was working the lab that day, never taught again. My fellow classmates still remember her running over to our station and throwing a blanket on top of the fire to try and put it out which led to the entire school being evacuated.

The point is, accidents happen. And when we are in the middle of a crisis, we could use grace, love, and a whole lot of prayer, especially Barrett McKim.

Barrett McKim used the proper gear and instruments for his science project, including safety glasses. He conducted the science experiment at home when something went horribly awry. The whole project went up in flames, including his body and shirt.

The safety goggles saved Barrett’s eyes and thankfully his mother was assisting. As soon as she first saw the fire, she jumped in and tried to put it out. Tragically, the flames burned 50 percent of Barrett's body and 30 percent suffered third-degree burns, due in part to a synthetic shirt he wore.

After both Barrett and his mom arrived at the hospital, doctors treated her for burns on her hands. Meanwhile, they airlifted Barrett to a burn treatment center where he will need to undergo several skin graft surgeries.

When his family heard the news of the science experiment at home gone wrong, his uncle, Stephen Schlautman immediately began to pray. He then set up a "GoFundMe" page to help cover the costs of his medical bills on top of extending an invitation to prayer warriors to lift him up for healing.

Barrett's uncle led the charge to ask for prayer and set up the donation page. He wrote, "Barrett has a love for science and has performed many experiments. He is known for being cautious, as evidenced by the goggles he was wearing while performing the experiment.”

After Barrett McKim underwent his fifth surgery, Uncle Stephen updated the donation page. He added, “The hospital will be home for Barrett and his parents for weeks, if not months!! Praying that the Lord will continue to heal skin...and that all will be amazed by a healing that is beyond what they think is humanly possible.”

Let us all take a moment to pray God restores Barrett's body and continues to give him a love for science.

Father God, we lift this bright and curious-minded boy to you. He has a love for Your order in nature. He loves Your laws and how You created the world.

Father God, You knew this moment would happen in his young life. We thank You for protecting his life and his mother’s. We thank You for how quickly Barrett got the help he needed and we ask for Your hand of healing to be upon him.

Lord, we ask for comfort, strength, and resilience as You restore his body. Please surround this family with Your love, guidance, and peace as Barrett and his mother heal. In your precious name, Amen.

We pray Barrett recovers quickly and he will still have a love of science!

“So do not fear, for I am with you; do not be dismayed, for I am your God. I will strengthen you and help you; I will uphold you with my righteous right hand," Isaiah 41:10.

LISTEN: Chuck Norris Didn't Know About His Daughter for 26 Years | Burn Victim Inspired Many With His Story