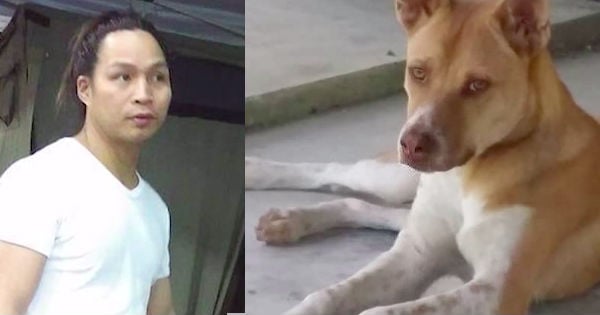 Man Who Suspected He Was Infected Walked For 3 Days To Protect The Public, But He Wasn’t Alone
Read Article »

You may think that someone whose loved one has just one lung would be clinging to masks to protect them from the highly contagious respiratory disease, COVID-19. But a selfless farmer whose wife has only one lung actually donated a single N95 mask to a first responder.

The immunocompromised wife and retired farmer are Sharon and Dennis Ruhnke. Dennis sent the mask along with a letter to Governor Andrew Cuomo, asking him to give the mask to a nurse or doctor. The married farmers once used masks during their younger days of farming and knew they had unused masks somewhere on the property. While they could use their masks now themselves, they continue to shelter in place and thought first responders would benefit more.

Governor Andrew Cuomo shared the letter publicly at a press briefing. He was so moved by the letter that he took to Facebook to share the deed. "I received this letter from a farmer in northeast Kansas. His wife is ill, and he is aging. He sent me one of five N95 masks he has from farming to pass on to a doctor or nurse in New York. This is humanity at its best. I share his letter as inspiration," he posted.

Dennis became aware through the news that first responders were relying heavily on masks, but were at times experiencing shortages. Dennis shared, "They sounded almost desperate for masks. So I thought, it was just one little gesture. But maybe if you get enough of these little gestures, it will all come out for the better in the end."

Dennis and Sharon made this decision despite their own preexisting health conditions. Both are over the age of 70, and Sharon has diabetes and one compromised lung. Still, they thought to do something to help others with the pandemic.

University Honors Farmer By Giving Him A Degree

After hearing about this act of kindness, Kansas State University wanted to honor Dennis and grant him his degree! It was about 50 years ago when Dennis had to leave the university after his father died. He was just two credits short from graduating, but after his father passed, he needed to go take his place running the family farm.

Over the years, Dennis watched as his wife, sister, and two sons graduated from Kansas State University. He dreamed of going back to finish his degree, but his farming career kept him very busy.

When the university found out about Dennis sending his N95 mask to New York to show support for the health care workers there, they wanted to help make his education dream come true. They decided that his lifelong experience in agribusiness more than covered his two missing credits, so they granted him his degree!

Farmer Has His Dream Of Getting His Diploma Come True

Once Dennis received his diploma, he talked about the outpouring of support that he had received since sending the mask.

"It would not have happened had I not mailed in that one N95 mask to Gov. Cuomo for a first responder in March," Dennis said. "Many of those who have written to me and thanked me asked how they can help. Just pay it forward as much as you can afford to do so to honor all of those who have lost their lives to the COVID-19 virus. And also honor the first responders who, in some cases, have even lost their own lives in the line of duty- the ultimate sacrifice."

YOU MAY ALSO LIKE: Man Who Suspected He Was Infected Walked For 3 Days To Protect The Public, But He Wasn't Alone

Let these acts of kindness inspire us all and remind us that we are all truly in this together.