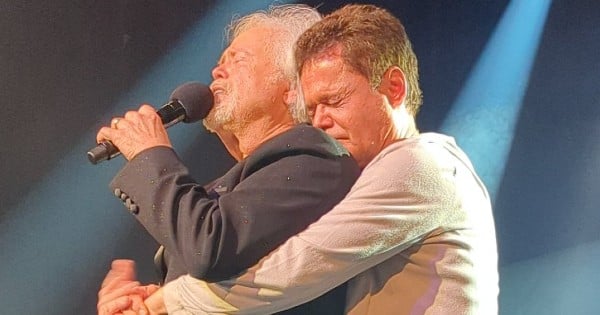 What would you do if you saw an 80-year-old woman out in the cold and alone, flagging strangers down asking for a ride? Zoe wanted to do something to celebrate her special day but she was at the mercy of others. She stood on the side of the road asking for a ride on her birthday, so strangers stepped in.

The 80-year-old spry woman's name is Zoe and she was alone on her birthday. But that didn't stop this woman from wanting to do something perhaps a little adventurous and fun to celebrate a milestone birthday. The sad part of her story was that she was alone.

She didn't have any friends or family to make plans for cake and candles. Even though she didn't have any transportation, Zoe decided she could use her own two feet to carry her to her definition, one of her favorite restaurants. As she set off on her adventure, she was doing quite well walking until the cold began to settle into her bones.

Instead of turning around to go home, Zoe opted to appeal to the kindness of strangers.

Strangers Help Out Woman Asking For A Ride

In the middle of a busy street in Idaho, she waved her arms in hopes of gaining attention. All she wanted was a ride to the restaurant. It seemed like dozens upon dozens of cars were passing her by when Matthew Peppersack and Benjamin Whiteleather took notice.

Concern grew as they approached her. They weren't sure if she was in danger or needed medical care. Both Matthew and Benjamin were in for a pleasant surprise.

"She was standing on the busy street, waving cars down. Not one stopped," Benjamin said. "I looked at Matt. I told him she may need help. That's when we met Zoe."

The two strangers learned Zoe was asking for a ride because she wanted to go to her favorite restaurant for a birthday breakfast. And without hesitation, the pair obliged. But they didn't want her to spend her special day alone.

Benjamin and Matt helped Zoe celebrate her special day. They enjoyed listening to her stories and learning about her life. "We joined her for breakfast and coffee, asking if we could sit with her. We listened to her story. She is alone, no family here, no car, and no support," Benjamin said.

Later they learned she was having a little party downtown that evening but neither Benjamin nor Matt could attend. But they posted on social media about how they met Zoe and invited ‘anyone and everyone' to attend.

Act Of Kindness For A Stranger

As they reflected on their special and unexpected morning with Zoe, the pair said they didn't do it because they felt sorry for her, they did it because that's what being human is all about. "I can only hope my message reached out. Life is about servitude, and helping others when we can," Benjamin said. He added, "It wasn’t an act of kindness in my eyes, it was just being a human showing compassion and love for others."

May we all open our eyes to the humans around us and offer up our time and open our hearts to others. We hope Zoe had a wonderful 80th birthday!

"For you were called to freedom, brothers. Only do not use your freedom as an opportunity for the flesh, but through love serve one another." Galatians 5:13