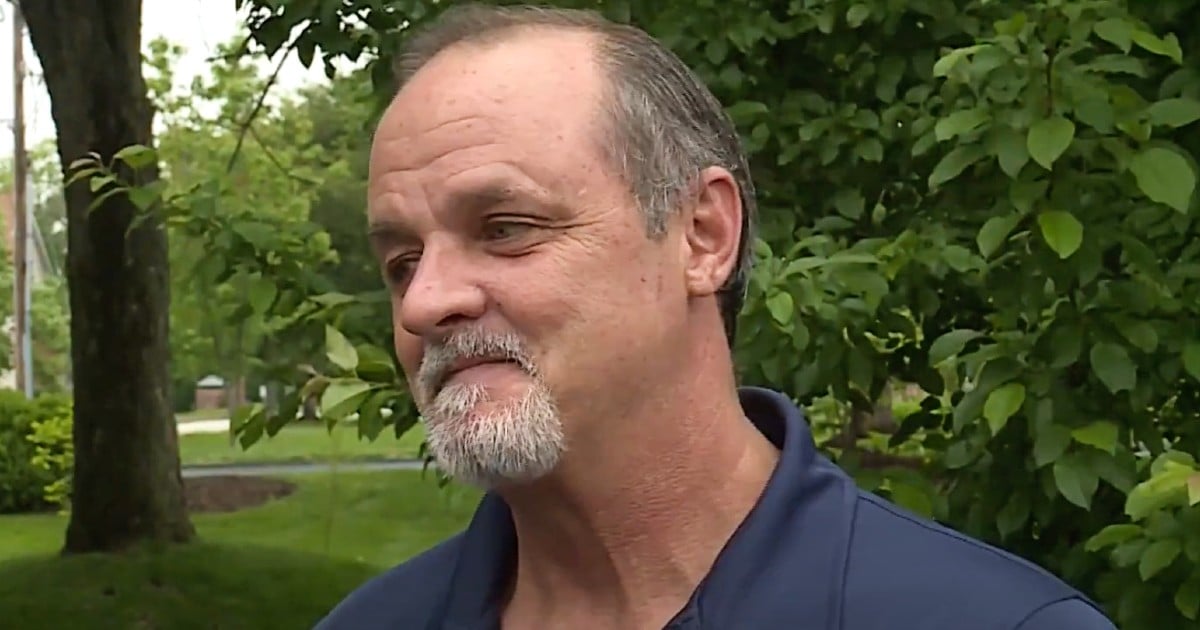 South Carolina school bus driver Kenneth Corbin wasn’t alone when a man with a gun tried taking over the bus. There were about 18 children on board, too.

There is absolutely nothing funny about an armed man hijacking a school bus full of students. And yet, when you hear how the kids helped put an end to the precarious situation, you can’t help but smile.

Veteran bus driver Kenneth Corbin was behind the wheel when a routine stop along the route took a terrifying turn.

When the bus driver opened the doors at the stop, a 23-year-old man wielding a gun stepped aboard the school bus. The gunman then ordered Kenneth to drive him to the next town and told the students to move to the front of the bus.

Many have labeled South Carolina school bus driver Kenneth Corbin a hero for the calm way he handled the situation. But he says it was actually the kids who saved the day.

“The kids were the ones that actually got the gentleman off of the bus,” Kenneth explained. “They pretty much had my back as much as my concerns were with them.”

The hijacking occurred soon after the South Carolina bus driver completed a training course on what to do in the event someone took his vehicle hostage.

“You can see and hear how calm he was, how controlled he was, and how his training was put to good use,” Richland County Sheriff Leon Lott said.

Clearly, God was preparing Kenninth Corbin for this exact moment!

Kenneth’s main concern was keeping his kids safe. And his calm demeanor in such a stressful situation played a vital role in doing just that. But the incident may have easily dragged on for much longer if not for the kids doing, well, what kids do best!

Many of the children aboard the school bus were kindergartners. And young children are naturally curious. It’s the way God designed them and a key part of how little ones learn.

But anyone who’s ever been on the receiving end of a little kid’s inquisition knows just how tiresome the endless questions can b. And this was ultimately the undoing of the hijacker!

“When they started questioning him, it seemed to have frustrated him,” South Carolina bus driver Kenneth Corbin explained.

The gunman’s primary object was to get to the next town. But he quickly learned how long a trip with a bus full of kindergartners could feel!

The kids began pelting the man with questions. Why was he doing this? Was he going to hurt them? Would he hurt their beloved bus driver?

Though the man tried to assure the children he wouldn’t harm anyone, the slew of questions just kept coming. And at last, the hijacker could take the interrogation no longer!

“I think we only rode about four miles and he just got frustrated with the questions and just told me to stop the bus and just get off,” Kenneth said.

The South Carolina bus driver made sure all of the students got off safely. And then the police took over. They captured the man a bit later and he is facing multiple charges, including 19 counts of kidnapping. The police found no ammunition in the rifle or on the man, so thankfully they believe the gun was unloaded during the incident.

YOU MAY ALSO LIKE: Quick-Thinking Bus Driver ‘From Heaven' Saves 22 Kids During Raging Wildfire

Praise God that this story had a happy ending and that no one was harmed. And the next time you find yourself getting hammered with questions from a little one… take a deep breath and remember this story. Maybe all those questions will someday save their life!