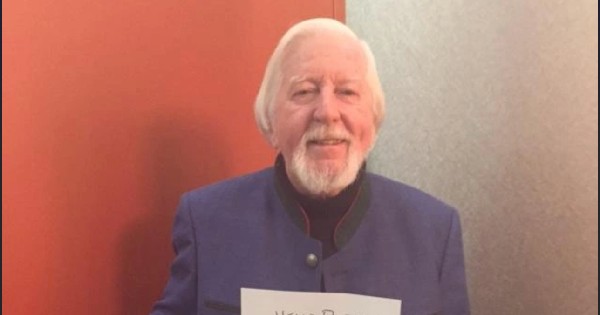 A 5-Year-Old’s Last Words Broke My Heart. Your Gonna Need A BOX Of Tissues For This One.
Read Article »

Emmy for his actions!

Winning an award is a great moment. Being recognized for doing a job well-done is a ‘mountain-top’ feeling. But it doesn’t get any BIGGER than when someone is given an exceptional honor and then gives it away. And that’s exactly what Ernie Johnson did. And it felt GREAT!

Ernie Johnson was given an Emmy for his work as an ESPN Sports Anchor. What an honor! But a good friend of his, Stuart Scott, a veteran sports anchor himself, just recently passed away.

Scott lost his battle with cancer in early 2015 leaving behind his two grieving daughters, Taelor and Sydni.

Upon receiving the trophy, Johnson made a quick thank you but immediately asked Scott’s daughters to join him on stage and offered them the trophy in honor of their dad.

Johnson continued by saying, “Like a lot of people in this room, I loved your dad. This is your Emmy. As for this, there's only one place it belongs, and that's on the mantle at Stuart Scott's house."

In 2006, Johnson himself has suffered and survived his own battle with cancer. He and Scott would talk often about their journey. Johnson would often encourage Scott to keep fighting saying, “You may have cancer, but it doesn't have you. And you just fight, and you lean in on people who love you."

As this story spread, friends and family took to social media to show their appreciation for Johnson’s actions.

Thank you, Ernie, for you selfless actions and for honoring a friend and father. Your actions will be a testimony to everyone in the industry. Blessings on you and your family!

To view the award ceremony segment (click below) where Johnson with extreme humility, accepts this Emmy and in-turn offers it to his dear friend.