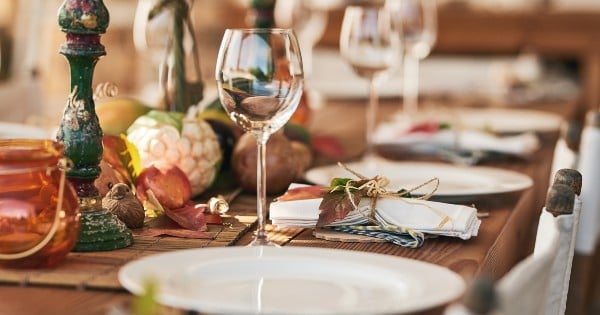 This Comedian Is Serious About His Faith

You probably know Stephen Colbert as the beloved comedian who seems to have some "sense" in his "sense" of humor. But to some precious little boys and girls, he is just their Sunday School teacher. Yup, Stephen Colbert teaches Sunday School, and he's not ashamed to tell the world.

Again and again Stephen proves that you can be serious about your faith and funny at the same time.

Stephen says, "If Jesus doesn't have a sense of humor, I'm in huge trouble."

And as an added measure to stay out of such trouble, Stephen has drawn a clear line between what's funny and what's blasphemous.

Early on in his career, Stephen was given lines to say that went against his godly convictions, he just couldn't stomach them. During the show, Stephen watched from behind the stage as another actor performed the exact scene that he was supposed to perform. The actor tossed a Ritz Cracker into his mouth and called it the "Body of Christ". Stephen thought that the scene was blasphemous to the sacrament of Communion so he refused to do it. This infuriated the director. Although this could have put a damper on Stephen's career, he kept true to his beliefs.

Stephen would not use humor to shame the Almighty God who created it, and his reasons why run deep.

When Stephen was just 10 years old he faced the tragedy of a lifetime. His father and two of his brothers were killed in a plane crash. While riding home from the funeral and feeling like the whole world had come crashing down on them, Stephen's sister cracked a joke that had another sibling rolling on the floor laughing. She wasn't crying tears of sadness, but tears of laughter and joy. That was a defining moment for Stephen, he remembers, "That's when I said, ‘I want to do that!'"

Stephen wanted to give people the gift of laughter to help lift their spirits in the heaviest times. He believes that "humor is an antidote to fear and a sign of joy." Stephen is sure of his calling:

"Joy is the most infallible sign of the presence of God. And that's how I can mix faith with what I do for a living."

But it wasn't just in his early career that Stephen had to stand up for his beliefs.

Once, while filming a TV show on Ash Wednesday, Stephen requested to leave the set to go to church. The director let out a belly laugh as if it was one of his jokes and said, "That's a good one."

But Stephen was as serious as could be. He even went so far as to question the director to find out what was so hilarious about his request. Stephen reminded the boys and girls in the audience to take a stand for their faith.

Stephen believes that his religion and his unwavering faith hasn't hindered his career. Instead, it's the very reason why he has gotten so far.

While so many comedians brag about being atheist or agnostic, Stephen Colbert is confident about what Jesus did for him on the cross. "I feel he is able to witness to his faith in a very subtle way, a very quiet way to an audience that has maybe never encountered this before,” said blogger Diane Houdek.

Stephen Colbert may be a lone star in show business, but in the end his humor is introducing thousands to Jesus Christ... and that just may be the reason for his success.