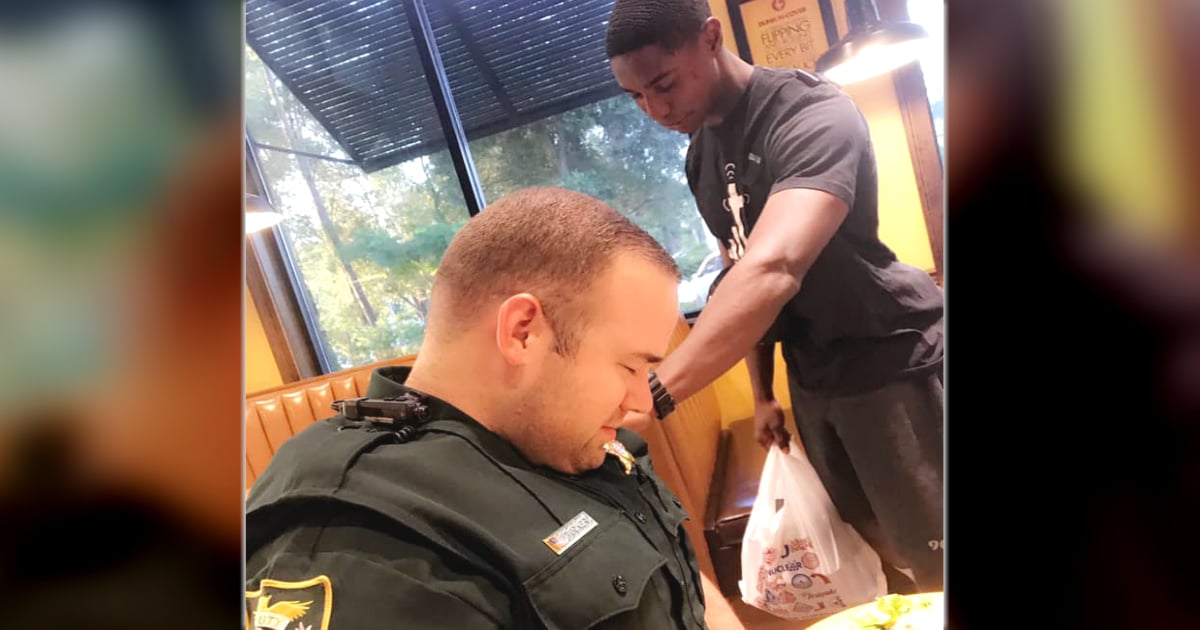 Bullies come in all shapes and sizes, and when facing them, we can often feel like David standing in front of a Goliath (1 Samuel 17). Whether we are facing bullies in the workplaces, at school, or even in our own families, we can take heart when hearing these top seven inspirational stories.

Calling a volunteer on stage, he has them unleash a spew of insults, and he insults them in return. After this, he has them start over, with the volunteer insulting him again.

This time, he only says kind responses.

The volunteer "bully" then struggles to come up with more hateful things to say.

This turning the other cheek method (Matthew 5:38-40) can stop antagonists in their tracks. It's difficult to be mean or insult anyone if they only give kindness in return.

RELATED: One Thing Helped This Woman Silence Bullies With Her Amazing Transformation

Born with a purple birthmark that covers almost half her face, Crystal Hodges has endured a great deal of bullying. Some of this bullying includes some people on the Internet who turned her into a meme.

Having endured painful laser treatments all her life and rude comments from passerbys, Crystal's learned to embrace her medical condition and grow comfortable in her own skin.

When bullies plucked a picture off her blog, posted it as a meme for likes, and it received more than 30,000 comments, several of which were insulting or cruel, this hurt Crystal, but through the hurt, God worked through her to turn harm to good (Genesis 50:20).

Crystal made it her mission to travel across the country to speak about her birthmark and the medical reasons behind it. Her talks have inspired people, and the platform created by the bullies has made her able to reach more people than ever before.

Born with a rare medical condition, Lizzie wasn't supposed to make it past her childhood, according to doctors. She survived nevertheless.

The bullying started early, in kindergarten, when kids wouldn't even sit or play with her, and it escalated throughout her life, well into adulthood.

Lizzie has endured extremely harsh bullying ranging from antagonists calling her the ugliest woman in the world in a YouTube video. It received four million views, and all of the comments antagonized her, including several telling her to end her own life.

Crushed but not defeated, she went on to give a number of talks that spoke out against this bullying. She did a TED talk, spoke at several conferences, was featured in a documentary, and gained more than 8 million views on an inspirational video where she talks about her experience with that YouTube video.

In her videos she thanks her bullies for calling her the ugliest woman alive. Now she has a platform to reach those who don't necessarily fit in society's mold of so-called beauty.

Bullies sought to make this 640-pound teen's life miserable until he sang. He didn't have many friends until people saw "who I really was on the inside," when he sang.

If you have a chance to listen to him in this video, singing "Amazing Grace," goosebumps will ripple up you arms. He has the voice of an angel and has such an impressive vibrato for someone so young.

When he heard his cousin's son, Ryker, had been relentlessly bullied for bringing in a lunchbox with cats on the fabric (Ryker's favorite animal), David decided to take action against the insults. Especially since Ryker now refused to take his lunch to school.

David, a man who worked in corporate, posted a picture of himself with his own kitty lunch box, while dressed in a suit and tie in his office.

Bullies teased dance Lizzy Howell relentlessly about her weight when a video of her dancing went viral.

When her mom had passed away, Lizzy started to gain weight. She sought a release from the bullying about her weight from dance. Despite wanting to drop out many times, she persevered and pursued her passion.

Renowned photographer Jordan Matter saw Lizzy's talent and placed her in her photo series "Dancers Among Us," making her story the featured one.

Her story speaks out against the all-too-easy bullying that can come from social media. People will more often say something hurtful behind a screen than in person.

Jesus tells Christians to love their enemies (Matthew 5:44), but that can be a hard thing to do when faced with a bully.

Brock, a child with autism, encountered difficulty right off the bat when he entered public school kindergarten. A neighbor bullied him. He mocked the way Brock ran, how his Mom patted him on the back when she said, "I love you," and made efforts to trip and push him.

Everything changed when that summer, the bully asked if he could also swim in the pool in Brock's backyard. Although his mother refused, Brock pleaded with her to let him join them.

Because Brock allowed the bully to join him, a friendship budded. Brock had turned his bully into his best friend.

YOU MAY ALSO LIKE: ‘This Is Us’ Star Chrissy Metz Fires Back At Fat-Shaming Bullies

Hope Bolinger is a literary agent at C.Y.L.E. and a recent graduate of Taylor University’s professional writing program. More than 350 of her works have been featured in various publications ranging from Writer’s Digest to Keys for Kids. She has worked for various publishing companies, magazines, newspapers, and literary agencies and has edited the work of authors such as Jerry B. Jenkins and Michelle Medlock Adams. Her column “Hope’s Hacks,” tips and tricks to avoid writer’s block, reaches 3,000+ readers weekly and is featured monthly on Cyle Young’s blog, which receives 63,000+ monthly hits. Her modern-day Daniel, "Blaze," (Illuminate YA) just released, and the sequel comes out July 2020. Find out more about her here.