The storms may have raged around them, but they didn’t stop these 6 couples from sharing their love for one another. Â In fact, their wedding photos have become a beautiful testament to love, showing the beautiful newlywed couples shining in the foreground as danger lurks behind them.

When Caleb and Candra Pence tied the knot in rural Kansas, their ‘I dos’ had some definite competition for center stage! Two large tornadoes touched down nearby–just in time to make an appearance in their wedding photos, but thankfully steering clear of the farm where they were just married. 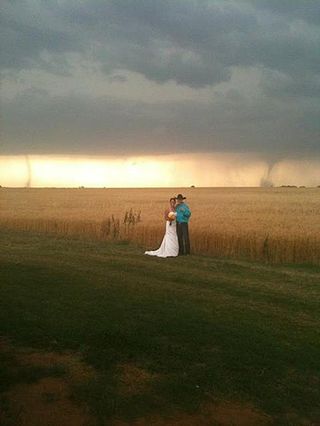 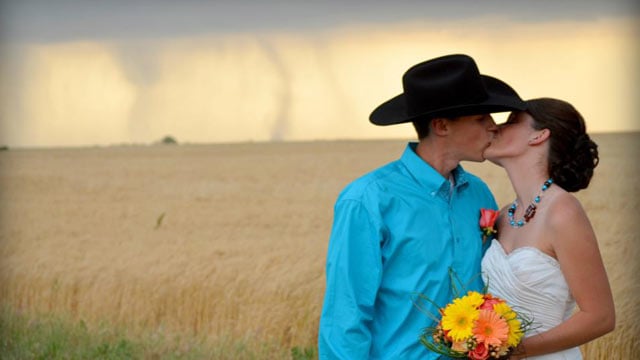 These Canadian newlyweds were posing for photographs after their wedding when a tornado formed behind them, creating this beautiful (and scary!) backdrop to remember their big day.

Saskatchewan photographer Colleen Niska was shooting the new couple on a gravel road when the twister darkened the skies behind them. 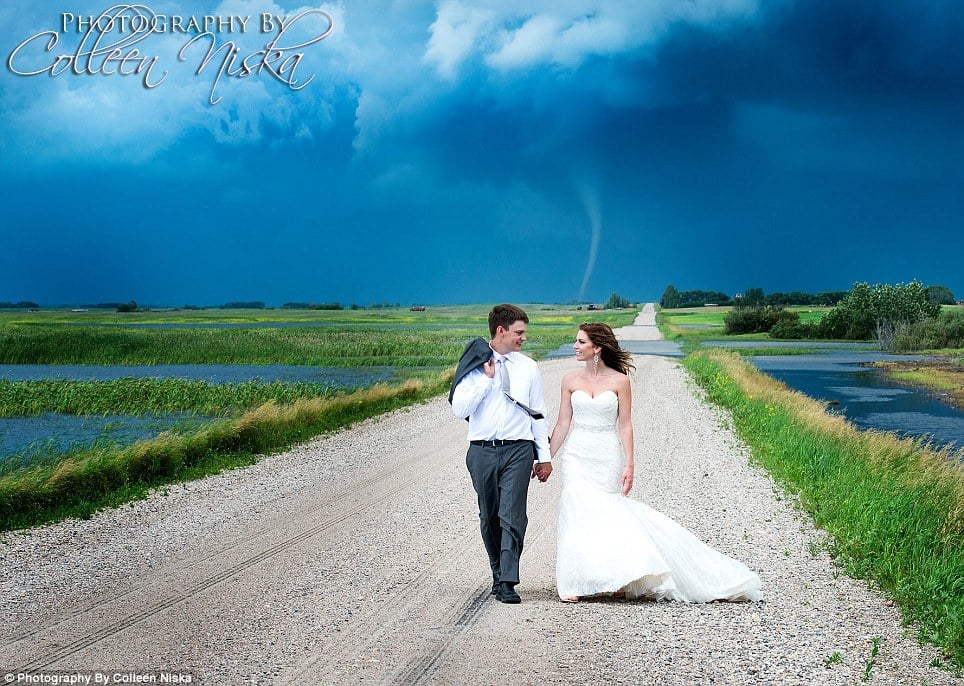 AÂ tornado with 200 mph winds ripped through Mark Patterson’s Arkansas home, he and his family were amazingly spared from an almost certain death due to a strange but wonderful miracle.

Instead of spending that Sunday night at home like they always do, Patterson and his fiancé were several towns away getting married! (Read more in this Huffington Post article.) 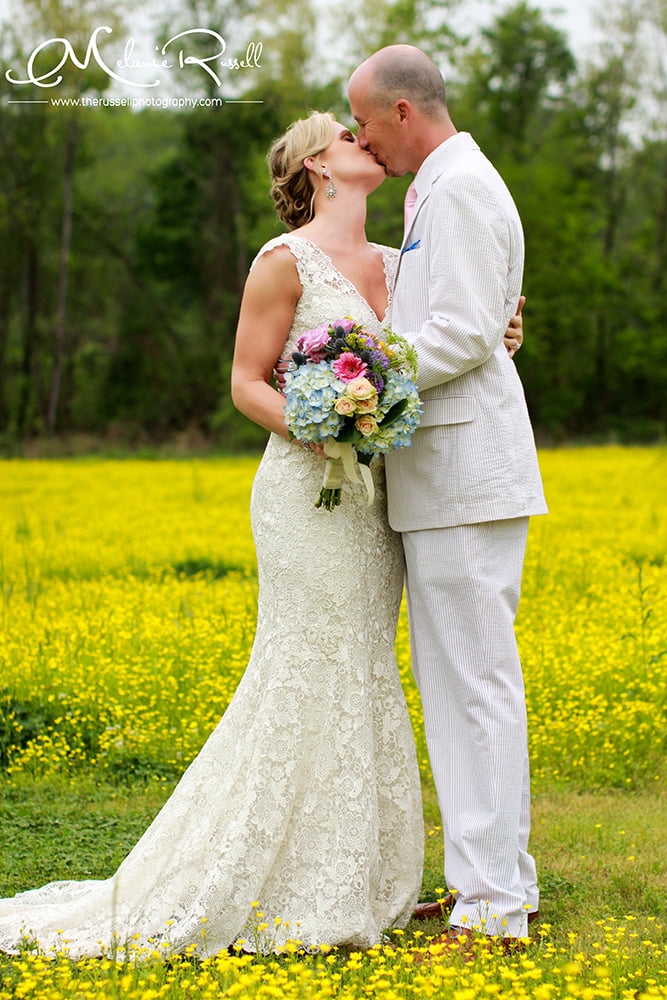 April and Michael Wolber had no idea when their beautiful outdoor wedding began that it would have such a dramatic ending! But this Oregon couple turned this scary moment into something very beautiful and unique.

After firefighters crashed the ceremony to warn them of wildfires heading their way, Michael and April rushed through their vows and headed to safety, but on the way, they paused briefly to take these breathtaking photos with the fire and smoke in the background. 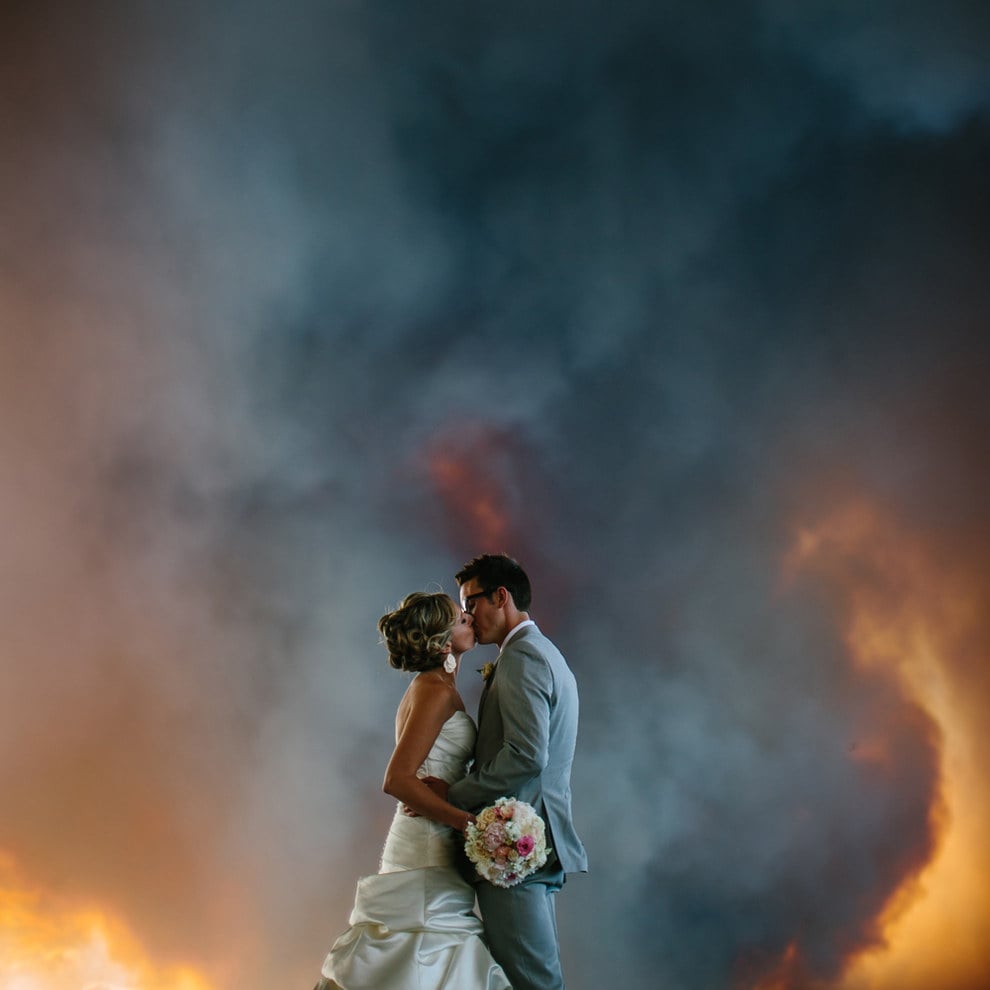 Many brides pray it won’t rain on their wedding days, but we bet they never thought to ask God to ward off a wedding day five-alarm fire!

Just an hour before Nancy Rogers was supposed to say ‘I do’ to her fiancée Michael, the resort where they were planning to have their wedding ceremony went up in flames!

The resilient couple decided their big day couldn’t wait, and instead of posing on the picturesque beach, their photos feature firetrucks and flames. 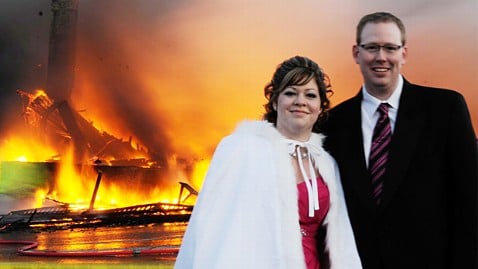 When Kate and Ryan showed up for their photo shoot, Kate and her friends were all giggling and having a great time. . .until Ryan looked up and noticed this storm bearing down on them!

They snapped a couple quick shots before heading to their car for cover! (Read more here.) 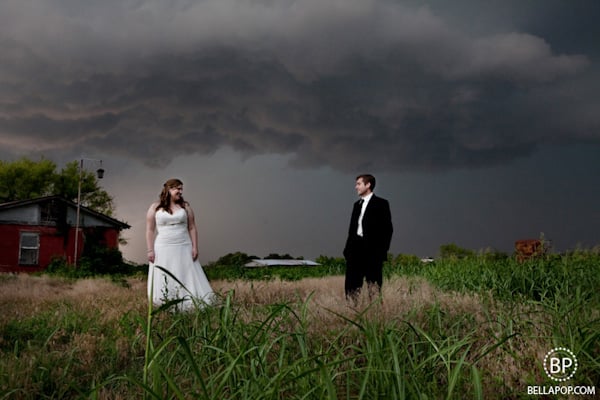 After the storm passed, the happy couple headed back out, where the photographer captured a wedding photo with the same skies looking completely differently! 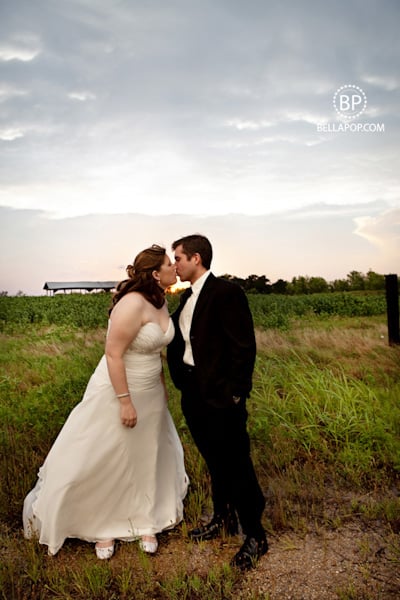 In the news, we often hear of Bridezillas who become enraged when the smallest of details aren’t to their liking. God bless these couples who decided to make the best of a bad situation–and have these stunning photos to show for it!