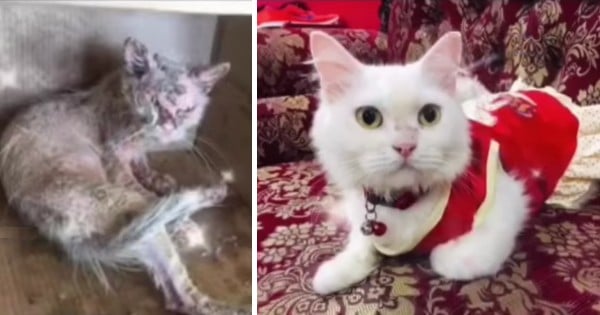 A stranded killer whale was saved by a group of Good Samaritans after getting stuck on some rocks on the Alaskan shore.

The orca was stranded on a rocky beach in Prince of Wales Island, Alaska. It was first discovered by a nearby boat. The captain of that boat, Chance Strickland, and his crew were authorized by the National Oceanic and Atmospheric Administration (NOAA) "to use a seawater pump to keep the whale wet and any birds away” until they could arrive.

RELATED: 2 Beluga Whales Get Rescued And You Can See Just How Much It Means To Them

So the crew anchored the boat. Then they went to work to keep the 20-foot orca wet until NOAA arrived at the scene. And their life-saving maneuvers were caught on video by Aroon Melane.

“We heard there was a beached killer whale so we went to go find it. NOAA gave permission to keep the orca wet and protected from animals until they could arrive,” Aroon said in the video. “We were working on getting a hose and pump to work. In the meantime, we used buckets to keep the orca wet. The orca started getting more lively after we put water on it.”

The Good Samaritans in the video can be seen making a human chain. And they pass large buckets of seawater back and forth to pour onto the orca. What a great team effort!

It was later determined that the orca was a 13-year-old juvenile Bigg’s killer whale. Thankfully, after being stuck for six hours, the stranded killer whale returned to the sea! It was swept back to the ocean once the tide came in.

"It moved a bit slowly at first, and meandered around a little before swimming away," said Julie Fair, a spokeswoman for the NOAA.

YOU MAY ALSO LIKE: Woman Plays A Haunting Melody On The Violin From A Boat And It Draws A Group Of Whales

Killer whales are such magnificent creatures. And it is wonderful to see that people were able to work together to save this one!