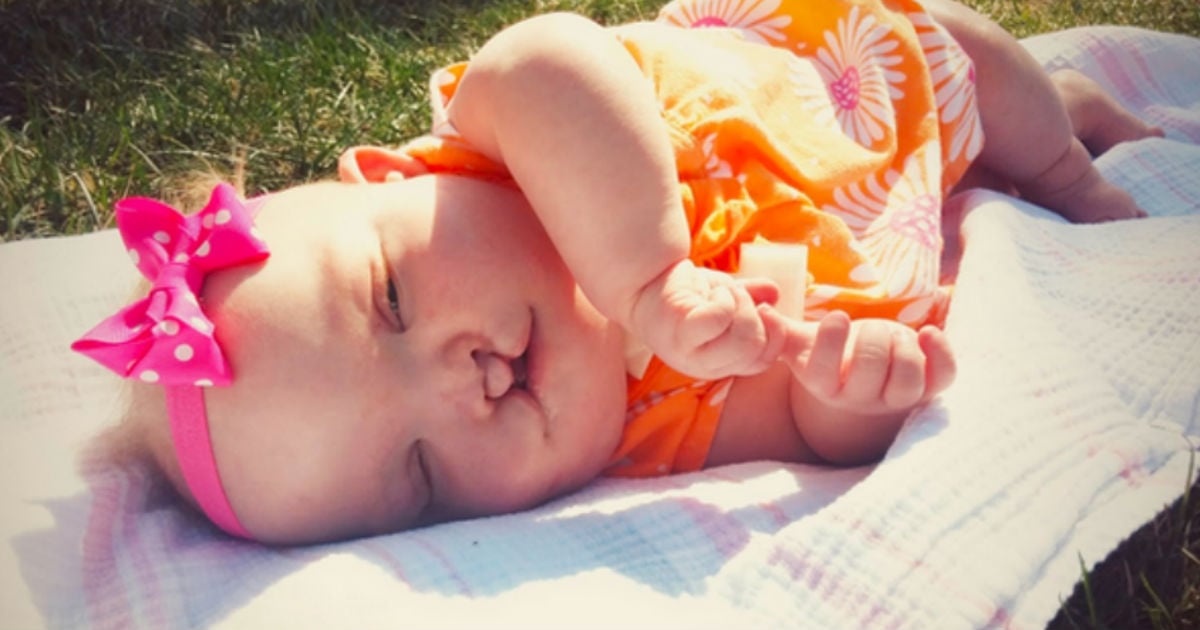 The Way This Mom Responds To Stares At Her Baby’s Cleft Palate Is So Powerful!
Read Article »

When their son was born with a severely deformed face, it seemed like there was nothing his parents could do. They feared the worst. But then, a complete stranger stepped in to help.

There is nothing a loving parent won't do to help their child. And there is nothing more frustrating for a parent than not being able to do just that. Sometimes parents luck out — you can just kiss the "boo boo" and everything is instantly all better.

But what do you do when a kiss can't heal the hurt? Well, you rely on God!

The parents of a young boy named Yahya learned before he was even born that their son would have many "boo boos" that could not simply be kissed away. A rare genetic condition created developmental complications while he was still in the womb.

RELATED: Deformed Kitty Left For Dead Gets A Second Chance Thanks To 7-Year-Old

But God was already at work. Most babies with this disorder do not survive the pregnancy, so he was already a miracle baby!

It quickly became evident that only God could help poor Yahya. His disorder left him lacking the bone between his brain and forehead, as well as being born with no eyes, no upper jaw, and a hole where his nose should have been. He could not see, walk or even talk.

Doctors thought for sure he would not live very long, due to the fact that infection could easily set into the many holes on his face at any time. But God continued to work miracles, and Yahya grew to be a happy toddler, despite his afflictions.

Strangers found it difficult to look at him, but to his family, this loving and sweet boy was perfect! They met with many doctors and surgeons to see what could be done to help improve his condition. But they were greeted by disappointment at every turn.

No doctors they found wanted to take on the case. They either were not able to perform the necessary procedures or refused to due to the risky nature of the surgeries.

Just as they were losing hope, a family friend posted pictures of the boy on FaceBook in an attempt to find help. And that's when God worked yet another miracle!

Half a world away in Australia, Fatima Baraka came across the story and couldn't stop thinking about the poor little boy without a face.

Fatima was originally from Morocco, where Yahya lived. She knew of a talented plastic surgeon, Dr. Tony Holmes, who had successfully separated conjoined twins. Determined to help this little boy, Fatima used all of her resources to enlist the aid of the doctor.

Because the boy was born missing a crucial part of the cranial bone, the surgery would require that the brain be separated from the boy's skull. This made the procedure extremely tricky. Yahya's family wanted the best for him, and so they decided to move forward with the operation.

The surgery was grueling, lasting a total of 19 hours — 10 more than anticipated. In that time, Yahya lost half of his body's blood.

But yet again, God proved that He had a purpose for this young man.

RELATED: The Spot On Her Baby's Lip Grew Into A Debilitating, Kiwi-Sized Birthmark

The tough little boy pulled through! His jaw was repaired and the doctors had given him a nose. For the first time in his life, Yahya was able to smile.

Thanks to a stranger's incredible act of kindness, Yahya's life has been much improved. He's even started walking on his own! There will be more surgeries required as he continues to grow, and there is hope that he will be able to get prosthetic eyes. But for now, he is just enjoying being a happy little boy.

It's amazing to see God's hand in this little boy's life. And how awesome to see what incredible things He can do when people like Fatima and Dr. Holmes answer the call to help others. God can use all of us in unbelievable ways. What is He calling you to do?

WATCH: The Boy With No Face

YOU MAY ALSO LIKE: ‘Ugly' Baby Left In Hospital Honors The Mom Who Didn't Want Him