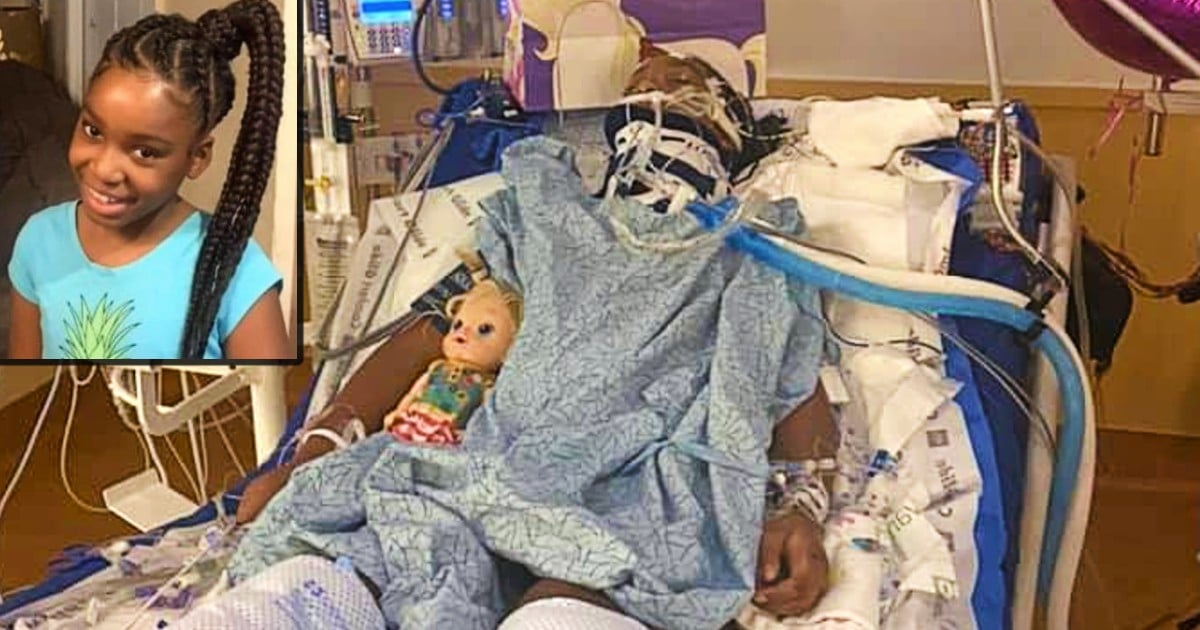 In Illinois, a stray bullet kills a mother named Melanie Yates as she’s reading the Bible to her baby girl. And in the wake of this terrible tragedy, her grieving family clings to their faith in Jesus, knowing they will see Melanie again in Heaven.

Melanie Yates and her husband, Daniel, were putting their two daughters to bed when the unimaginable happened.

Daniel was in one room, tucking in their 2-year-old, Evelyn. Meanwhile, Melanie was in the other room with their 7-month-old daughter, Lydia.

As the 23-year-old mother was reading the Bible to her baby girl, a stray bullet fired from the street killed her. And though police don’t believe Melanie Yates to be the intended target, tragically she became the victim.

Daniel Yates initially mistook the sound of gunshots for fireworks. However, when he went to look for Melanie, he found she’d been shot in the head.

Though paramedics raced Melanie Yates to the hospital, she died the next day. And it left her family completely heartbroken.

RELATED: Bullet Shot Thru Mom and Hit Baby In Womb, Then Family Gets a Miracle

A stray bullet killing a mother reading the Bible is the kind of freak accident where you can’t help but ask, “why?” Of course, we’ll never fully understand tragedies like these on this side of Heaven.

That’s why faith is so important. And it’s the promise of the Good News that’s helping Melanie Yates’ loved ones see them through such a dark time.

“We have the hope and the assurance that she is in heaven right now with Jesus and one day we will see her again,” said her mother, Lam Calderon. “That’s what we’re holding onto.”

A Foundation Of Faith

Faith is something that runs deep in Melanie’s family. In fact, when she died, Melanie was reading the Bible to her daughter just as her parents did for her.

"We raised our children that way," Melanie’s mom, Lam, said. She went on to explain, "We read to them while they were in the womb. We knew they would have eternal salvation if they believed in Jesus."

RELATED: Proud Mom Of Quadruplets Unexpectedly Passes Away And Her Faith Inspires Family To Hold On

Melanie married her husband, Daniel, at the age of 18 after a beautiful courtship that seems rare these days. Daniel asked Melanie’s father for permission to date her and abided by the rules outlined by her parents.

"He asked, ‘What are your rules?' I said, ‘Don't be alone together," her father, Shawn Calderon, explained. "They began courting. They would text us from the road, and when they were at the theater."

The couple dreamed of having a big family — a dream cut short after the stray bullet killed the young mom.

“She wanted a large family and she only has two girls,” Lam said. “She wanted five to seven kids.”

As Melanie’s grieving family works to move forward, the community is rallying behind them. A fundraiser to help support the husband and two children Melanie Yates left behind has already exceeded the goal of $100,000.

YOU MAY ALSO LIKE: Stray Bullet Was Headed Straight For A 9-Year-Old But The Boy's Crucifix Saved Him

And while it’s impossible to make sense of such a terrible tragedy, the family finds comfort in the fact that Melanie Yates died knowing Who her Lord and Savior is.

“Everybody who knew Lanie knows she loved Jesus Christ with every fiber of her being,” wrote her brother. “There is no doubt whatsoever that she is in heaven at this very moment.”