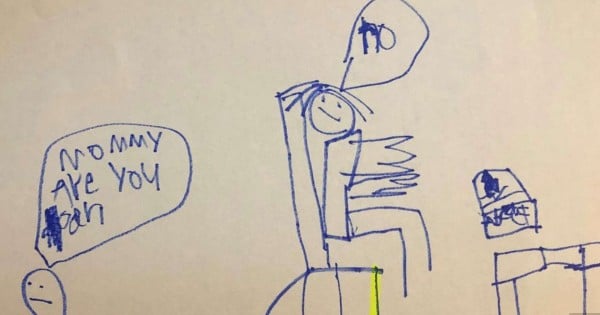 To pay bills when finances got tight, a struggling mom sold her engagement ring to make ends meet. And she's about to get a big surprise years later!

When we are young we aren’t always aware or mature enough to fully appreciate the sacrifices our parents make for us. Although Kim Rowell, a London native, might not have been old enough to understand the sacrifice her mother had to make when she sold her engagement ring to pay bills, the gratitude Kim had for her mother's decision led her to return the favor many years later.

RELATED: Stray Bullet Was Headed Straight For A 9-Year-Old But The Boy's Crucifix Saved Him

Like many parents around the world, London mother, Denise Terry, fell on hard times financially while raising her children. However, like a good mother, Denise refused to let this financial hardship impact her family. And the loving Londoner decided to sell her engagement ring to keep a roof over her children's heads.

As the years went on, Denise’s children grew up and her adult daughter, Kim, grasped the gravity of her mothers' sacrifice all those years back. Upon realizing this, Kim was so grateful for her mother's willingness to help, that she decided she would repay her mother’s kindness.

Christmas morning, the unsuspecting mother opened one last present from her daughter as the cameras rolled. And the surprise inside left her mother emotional and speechless. As she took the wrapping off the small box and read the designer's name, Denise put her face in her hand and held back tears.

When Denise opened the box, she saw an exact replica of the ring she had sold to pay her bills all those years back. And she cried. "It's beautiful, and it’s pretty much the exact same," she said.

In that moment, Denise knew her daughter was grateful for the sacrifices she made when she was younger. And the emotion with which she cried was pure joy.

YOU MAY ALSO LIKE: 15-year-Old Lyza Bull Sings Soul-Stirring Mashup Of ‘Amazing Grace (My Chains Are Gone)'

“The one who offers thanksgiving as his sacrifice glorifies me; to one who orders his way rightly I will show the salvation of God!” Psalms 50:23

My mum had to sell her engagement ring to pay our bills when I was a kid – today we gave her a replacement ❤️ 🎁 pic.twitter.com/u1QV9mcYqV