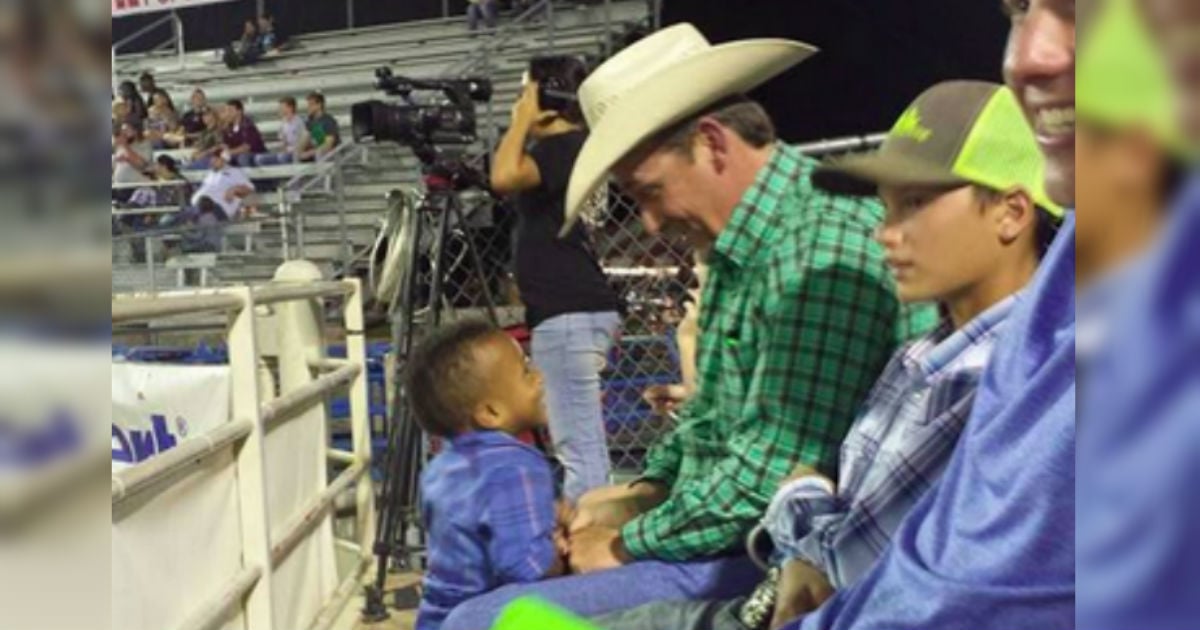 When This Little Boy Met This Stranger At A Rodeo, It Changed His Whole Life!
Read Article »

Brenda Hurst, head custodian at Boiling Springs High School in South Carolina was devastated when she lost her home to a fire.

The home had been in her family since the 1900's and sadly burned completely to the ground. The only thing that survived the blaze was the family Bible — a sign that God was already at work!

Brenda had spent 20 years taking care of Boiling Springs High School. She meant a lot to both the students and staff, so they saw this as a perfect opportunity to show just how appreciated Brenda was. Principal Chuck Gordon had the following to say about Brenda:

“She’s always there. I’d dare say she’s spent her whole paycheck on kids in the school. She found herself hurting, and it was our turn to give back to her.”

Principal Gordon, the student council and school staff quickly gathered to figure out how best to help. They set out to start raising money, with plans to purchase Brenda a mobile home. Brenda had such an impact on her local community, they didn't have any trouble finding donors.

“When people come to our football games at Boiling Springs, they hear her laugh. They know Ms. Brenda,” said Alexis Ork, student council president. “So we started getting sponsors from businesses in Boiling Springs.”

In fact, the outpouring of support was so great, that it soon became evident that purchasing Brenda a mobile home would be no problem at all. And when Principal Gordon received a call from the executive director of United Carpenters for Christ, it became clear that God had greater plans!

With ample donations from the school and community, construction services from United Carpenters for Christ, and lots of help from volunteers, Brenda was soon blessed with a new home! And not only did she have a new house, but she was also blessed with several upgrades. Her new home was equipped with a washer and dryer, as well as air conditioning — modern conveniences she had not previously enjoyed.

So, how do you ever thank all the folks that helped get Brenda back on her feet? Not to worry. This sweet lady has a pretty good idea. She plans to whip up a super sized batch of her famous banana pudding!

What a beautiful story of a community coming together and uniting behind a good cause. It's so great to see the impact Brenda's 20 years of kindness had on all of those around her. And great to see that kindness being repaid in her time of need!

You can watch the big reveal of Brenda's new house below: