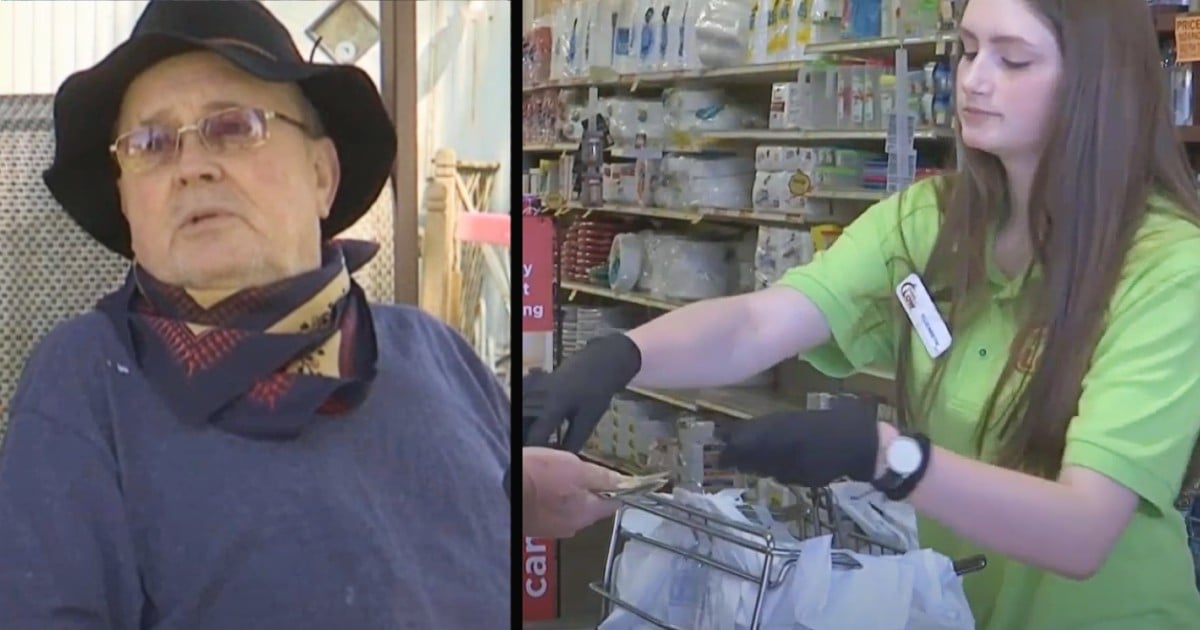 The sudden loss of her husband left Tracy Peart reeling. In the blink of an eye, she became a single mom of four, trying to figure it all out. And that’s when a neighbor’s act of kindness helped remind the grieving widow she wasn’t alone.

This world can be so beautiful at times. But nothing on Earth is guaranteed. Life as we know it can change in an instant. And no one knows this better than Tracy Peart.

At the start of 2011, Tracy had everything she could ever want. She and Sean, her loving husband of 20 years had four wonderful children. Life was good.

But in just one night, tragedy rocked all the things Tracy Peart held dear.

Sudden Loss Of Husband Changes Everything

The day started out like any other. It was the day before the last day of school, so her kids were excited and “bouncing off the walls.” Yet, despite all the excitement, Tracy had a gut feeling something wasn’t right.

That night, the feeling only got worse. But Tracy brushed it off, never guessing it could mean the sudden loss of her husband.

Sean got home from work and the two spent a little time catching up before Tracy headed to a neighbor’s house for a meeting.

As Tracy walked to the meeting, her gut feeling grew even more intense.

“No sooner did I walk in my neighbor's door and sit down when I heard a voice tell me, ‘Tracy, go home right now!'” she recalls.

Sean wasn’t there when Tracy got home. And later that evening, two police showed up and confirmed her worst fears.

The officers told Tracy that Sean was killed in a car accident. And the news shattered her heart.

“I collapsed on the porch and began sobbing,” she says. “The officers didn't say anything, but I could feel their pity. I noticed the shorter officer kept looking at the window at my children's confused faces.”

Even though Tracy Peart couldn’t see it yet, God was already working to give her pain purpose.

The sudden loss of her husband left Tracy reeling. It meant she was a widow, a single mom to her four children. And it all felt so overwhelming.

In the beginning, all Tracy felt was the pain. But God found ways to show her He was still with her.

One of those signs came when Tracy Peart and her family were planning Sean’s funeral.

Greg Cook, a friend and neighbor of Tracy’s and Sean’s decided to accompany Tracy when she went to the cemetery to pick out a plot for Sean.

“I didn't ask why he came, but I was so glad he was there,” Tracy recalls. “His presence was comforting. God, I felt so alone. I swallowed hard as we pulled up to the cemetery. I couldn't breathe.”

The sudden loss of her husband meant Tracy Peart wasn’t prepared for Sean’s funeral — emotionally or financially. But she finally settled on Sean’s final resting place at the second cemetery they visited. And that’s when Greg revealed his reason for joining Tracy.

Shocked, Tracy protested, saying it was far too expensive. But Greg insisted.

Tracy says, “He placed his hands on my shoulder and told me, ‘A few months back Sean came and saved me from a plumbing nightmare when my water heater went out and wouldn't let me pay him for the labor. Sean's not here to argue with me. Let me give him this final gift of thanks, to him, to you and your family.’ I was speechless. Silent tears ran down my cheeks.” 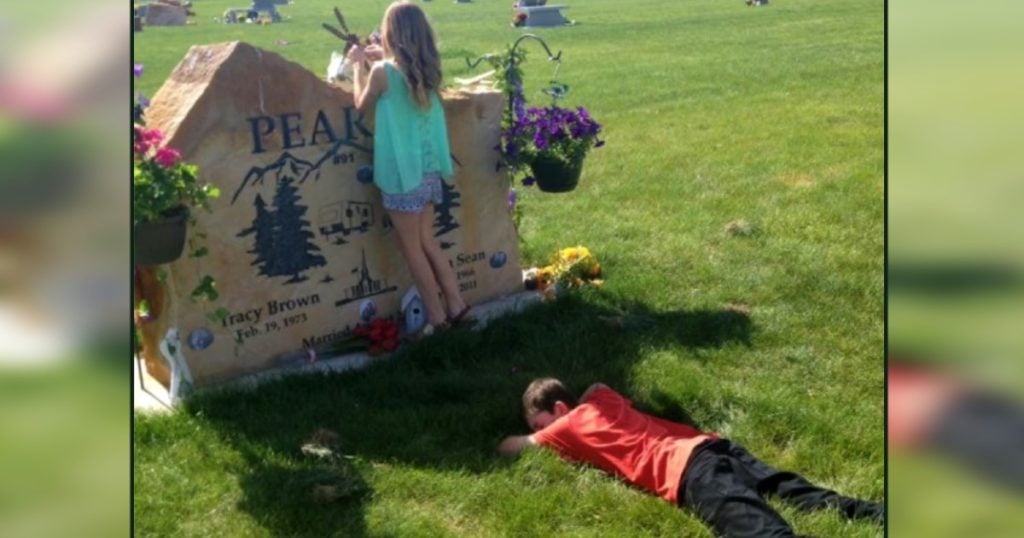 Despite the intense pain from the sudden loss of her husband, the neighbor’s act of kindness reminded Tracy that, while she was feeling utterly alone, God had already placed a system of support all around her.

“The grave Has been my healing place and refuge from the storm,” Tracy says. “I go there to think, to meditate, to heal, and to give it all over to GOD when I am weary of carrying burdens by myself.”

Greg’s kind deed was only one of many, as the community rallied around Sean’s grieving loved ones.

For example, Tracy struggled greatly during the holidays that year. As a grieving widow, she had no desire to partake in the usual Christmastime festivities.

“But Mom, Daddy would want us to celebrate,” her youngest child told her. “He's with Jesus."

It was neighbors and a local group of Boy Scouts who came and hung the lights for Tracy Peart. Others brought meals and found acts of service to do for the Peart family. They acted as the hands and feet of Jesus.

“My family was the recipient of an outpouring of love,” Tracy recalls. “In the mess, I found my message. When my heart began to feel the love I could no longer feel the pain I was blinded by. Healing began when I was able to focus on others — getting outside of myself — love, service, and meeting someone else's needs. I finally got it.” 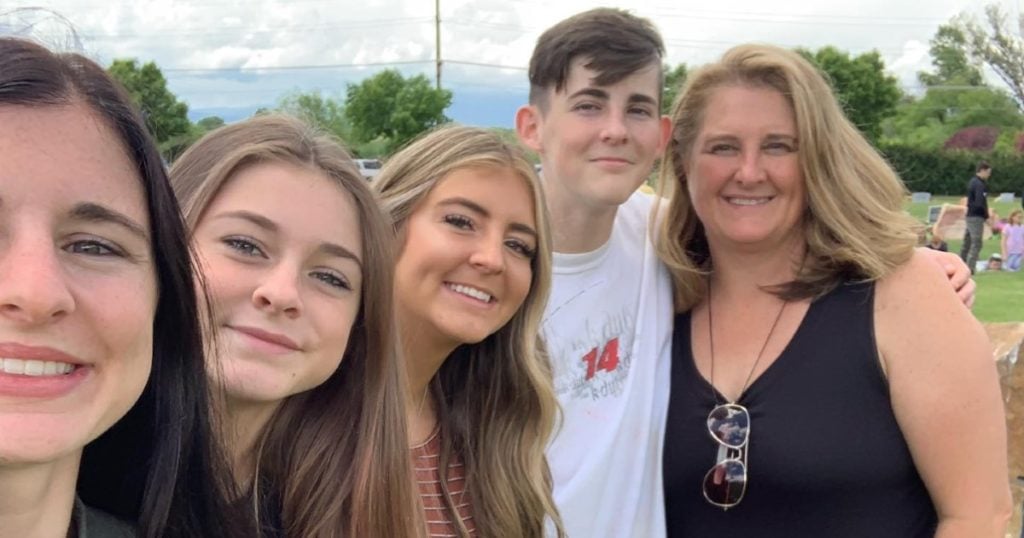 From the sudden loss of her husband came a new calling for Tracy Peart. She’s now an entrepreneur, motivational speaker, and force behind the Holy Shift Blog. Inspired by the kindness shown to her family during grief, she also founded the Sean Peart Foundation. It’s a charitable organization aimed at helping children, single mothers, and widows.

While Tracy would likely never have chosen the sudden loss of her husband. But the inspirational overcomer is trusting God and allowing Him to use her tragedy for something bigger.

“God is always orchestrating his master plan,” the widow says. “The plan always has a purpose and is usually always for the good.”

YOU MAY ALSO LIKE: Kathie Lee Gifford On ‘Crippling Loneliness' Since Sudden Loss Of Husband Frank

Life can change in the blink of an eye. And that’s why faith is so important. In dark times, we fix our eyes on the promise of things we cannot yet see. We need the love of our Savior to get us through. And Tracy Peart’s inspiring story reminds us that God will never forsake us!

“But the God of all grace, who has called us to his eternal glory by Christ Jesus, after that you have suffered a while, make you perfect, establish, strengthen, settle you.” 1 Peter 5:10