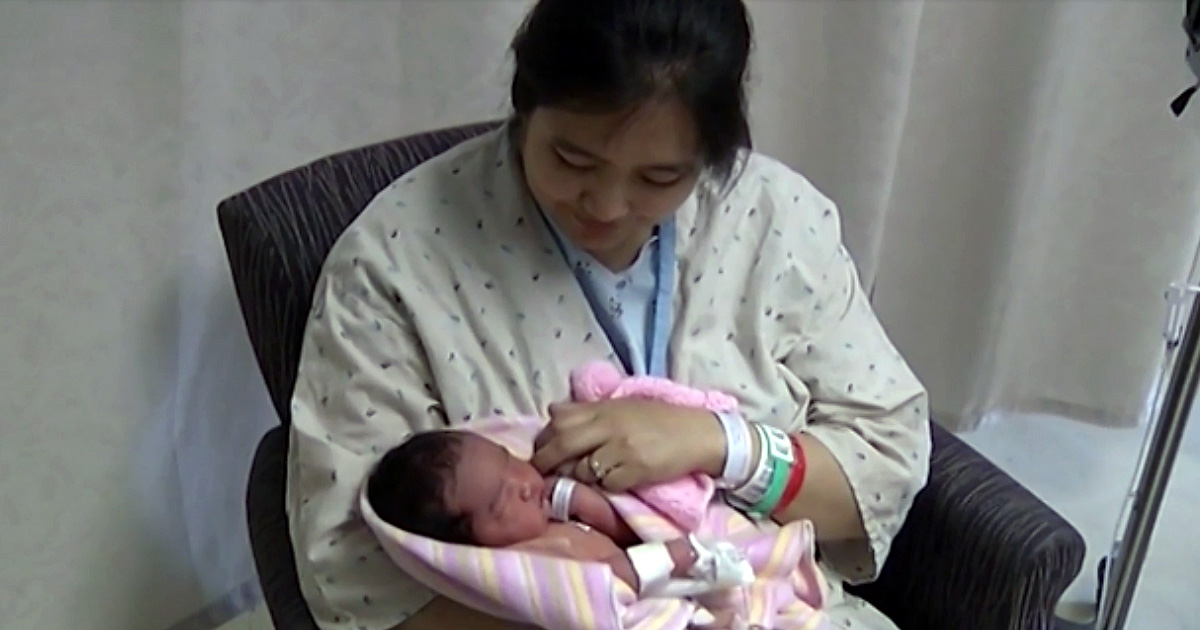 Doctors told Udona Hebert her body just “naturally aborted” embryos. So, she figured she’d never get pregnant. But at 40 years old and with just 4 weeks to prepare, she got unbelievable news. A surprise pregnancy followed 20 years of infertility!

After tying the knot in 1995, Udona and Chuck Hebert quickly turned their attention to starting a family. But their repeated attempts kept ending in disappointment. That’s when doctors delivered some tough news.

RELATED: After 20 Years Of Barrenness, God Blesses Couple 4 Times Over

Apparently, for whatever reason, Udona’s body just “naturally aborted embryos.” As a result, doctors believed having kids just “wasn’t in the cards” for the Louisianna couple. Both had looked forward to parenthood, so the news hit them hard.

"We just had so much love to give and we wanted to share that with somebody," says Udona.

Eventually, Udona and Chuck made their peace with the unfortunate news. They chose to trust in God’s will and found other outlets for the abundance of love in their hearts. They babysat for relatives, spoiled their nieces and nephews, and hosted exchange students.

These were all great experiences. But the couple still felt like they were meant to do more.

"I had always wanted children, but we moved on with life in our own way," Chuck said. "We get along and love each other, of course, but it always felt like there was something missing from our lives."

Much like Abraham’s wife Sarah from the Bible, the couple still longed for their own child. But of course, doctors said it was impossible. And for 20 years, it seemed as though the doctors were right.

But then God revealed He had other plans!

At the end of the year in 2015, Udona started feeling faint “fluttering” sensations in her stomach. She started worrying something might seriously be wrong.

"It sounds silly, but I thought I had some form of cancer or infection," she says. "I didn't tell anyone about my ailment because I didn't want Chuck to make a fuss over me. I prayed every night, in silent prayer, that I would get better."

But by January of 2016, the 40-year-old woman’s symptoms only got worse. She suffered from dizziness, cramps, and terrible stomach pains.

"It never even crossed my mind that I was pregnant,” she explained. “We had tried for over 20 years to get pregnant and nothing ever happened."

After fretting a while longer, the stomach aches continued and Udona noticed she felt especially nauseous in the mornings. A friend finally convinced her to take a pregnancy test.

And the results came as a complete shock. Two positive pregnancy tests confirmed Udona wasn’t dying, but rather growing a miracle! 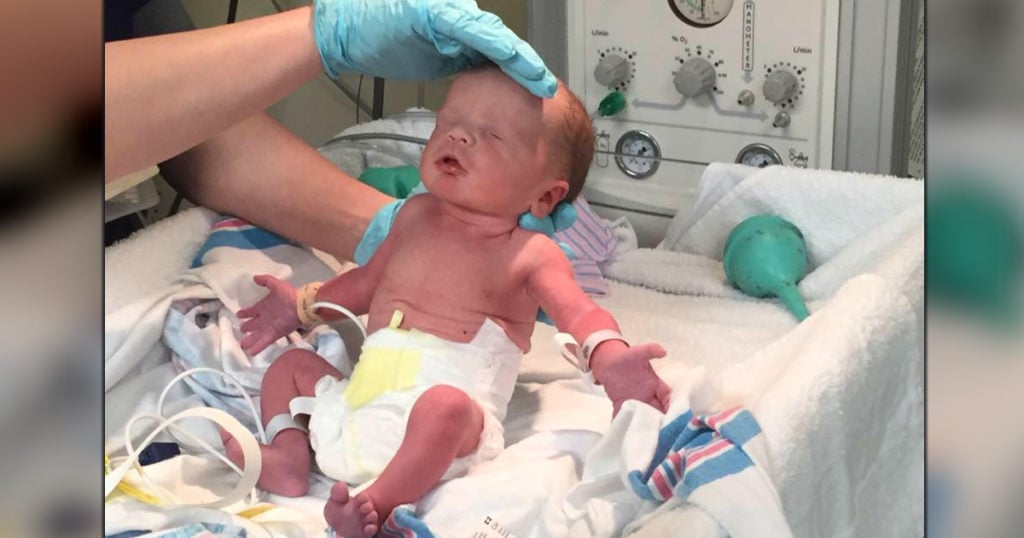 Chuck had a hard time accepting the incredible surprise, too.

"In my head, I was thinking there was no way we were being blessed with a child!" he confessed.

But the couple didn’t have much time to waste on disbelief. The surprise pregnancy followed 20 years of waiting, but the news came with only a few weeks to spare!

"We found out we were 33 weeks, give or take, pregnant," says Udona. "And I was four weeks away from my due date."

Of course, their hearts had been ready to love a little one for years. But now they raced to make the necessary preparations at home for a child.

On February 15, exactly four weeks from the day Udona took the pregnancy test, their son Brooks Major Hebert was born! 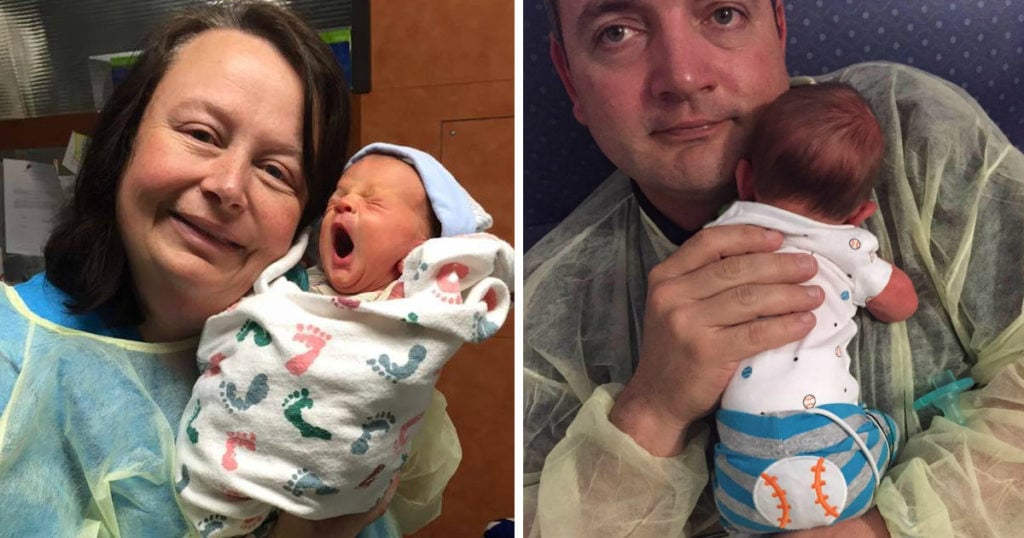 Little Brooks is proof that God still performs miracles today. Even Dr. Paul Dibbs, the doctor who delivered the little boy, gives credit where credit is due for the “very rare” case!

"Here she was, some 20 years later, and she gets pregnant," he says. "Every now and then I see someone that has struggled with fertility for years and by the grace of God, they get pregnant. It's hard to explain."

But the fact that the surprise pregnancy followed 20 years of infertility isn’t the only thing pointing to a miracle. Even after beating the incredible odds against conception, science says Brooks should never have survived.

Because Udona had no clue she would ever get pregnant, she was taking a medicine that is usually deadly to a fetus.

"Unfortunately, when she found out she was pregnant, she was on medicine for high blood pressure that typically causes the kidneys to shut down in babies and can lead to the loss of an unborn baby," Dr. Dibbs explained. "She was very lucky, though."

Of course, we know luck had nothing to do with it. God covered this miracle baby in protection and brought him as an incredible blessing to his parents!

Udona and Chuck have no doubt their son is a gift from God — an answered prayer from the depths of their hearts.

"God had a plan for us – a longterm plan – but a plan nonetheless!" Udona joyfully explains. 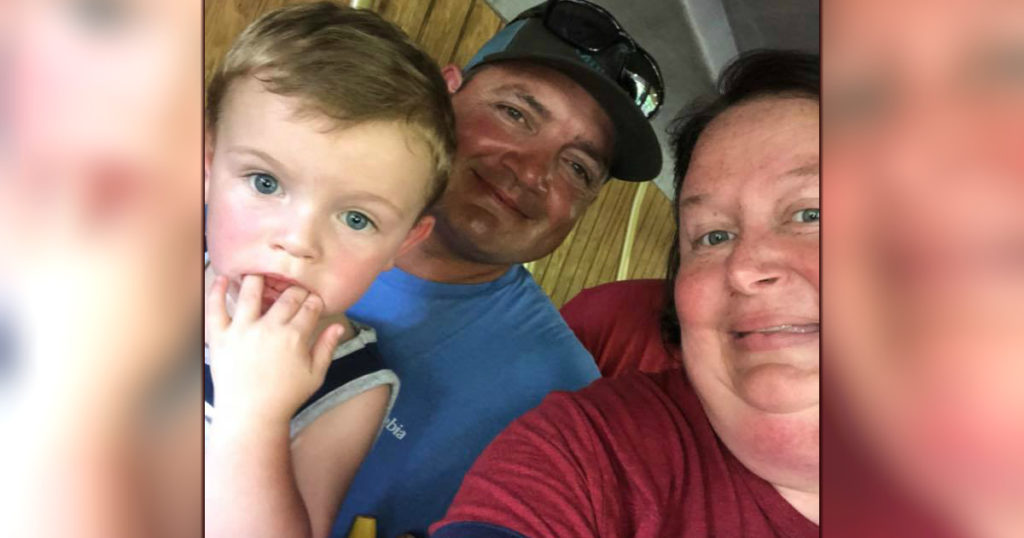 And life as a family of three has been just as amazing as the couple dreamed. While they may have gotten a later start, the couple is enjoying and appreciating every minute with their son.

"It's hard to describe this feeling – this love I have,” Chuck says. “The love for my child is something I hadn't known and now I'm so glad I do."

We don’t always understand God’s reasons for making us wait. But one thing’s for sure. His plan always turns out better than our own!

“Sarah said, ‘God has brought me laughter, and everyone who hears about this will laugh with me.’ And she added, ‘Who would have said to Abraham that Sarah would nurse children? Yet I have borne him a son in his old age.’ " Genesis 21:6-7

YOU MAY ALSO LIKE: Mom Who Didn’t Know She Was Pregnant Delivers Rare Set Of Twins