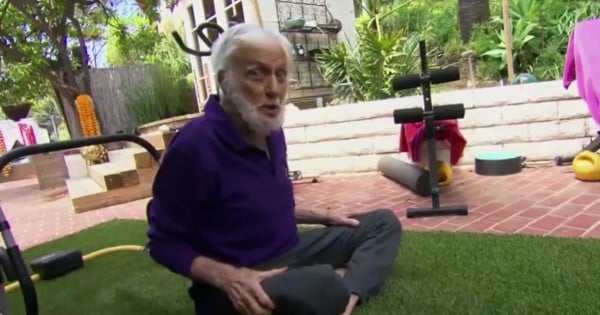 Tyreese Taylor used his bike to not only get to work but he used his bike to get everywhere-running errands, doctor appointments, and even to get groceries. As a man from humble means, his bike meant everything in order to live.

But one day while he was at work, someone stole the Taco Bell employee’s bike. He immediately called the police but tracking down a bike is almost impossible.

Officer Christopher Wiacek of the Ferndale Police Department responded to the call.

“When I arrived, I met the victim, Tyreese, and as I spoke to him, it became pretty clear his bike was important to him,” Wiacek said. “It was his only mode of transportation to get to work and anywhere else.”

When the officer realized just how vital the bike was to Tyreese, God moved his heart to take action. He realized if he couldn't recover the Taco Bell employee’s bike, then maybe he could find a way to be the hands and feet of Jesus in that moment for Tyreese.

Officer Wiacek immediately got to work on his mission. He first checked to see if the police department had any left-over bikes but there weren't any. Not ready to give up, he then went to a pawn shop to see if they had bikes they would be willing to sell.

When Officer Wiacek explained the situation, his heart sparked a chain reaction. The owner of the pawnshop wanted to be a part of this goodwill moment and donated a bike. Officer Wiacek couldn't believe the blessing!

Filled with encouragement, he took the bike to a bike store that services bikes and the goodwill didn't stop there-they serviced the Taco Bell employee’s new bike for free.

“It was just one person being nice to another person,” Officer Wiacek commented. “You find yourself in a position to help somebody whether it’s with directions or just listening to what they say or finding a bike for somebody.

As Officer Wiacek pondered the chain reaction of kindness, he realized it was the first time he had witnessed anyone wanting to make someone else's life a little easier. “As far as a larger concerted effort of ‘hey let's make this guy’s day with a new bike?” That’s a first for me.”

RELATED: Girl Was Stuck Riding Bike To Work In The Bitter Cold Until Chick-Fil-A Worker Gives Her Car

And it wasn’t something Tyreese was expecting either. When Officer Wiacek showed up at Taco Bell during Tyreese's shift nine days later with a new bike, Tyreese was stunned.

“It was awesome,” he said “I was surprised – I thought they were joking at first.”

We like to think we need to do big things to make a difference in someone else's life. But Jesus taught us it's the little things that make all the difference. These acts of kindness are the spiritual sparkle that glorifies God!

YOU MAY ALSO LIKE: Man Passes Out In Taco Bell Drive-Thru But A Special Angel Steps In To Save Him

"Do nothing from selfish ambition or conceit, but in humility count others more significant than yourselves. Let each of you look not only to his own interests but also to the interests of others." Philippians 2:3-4